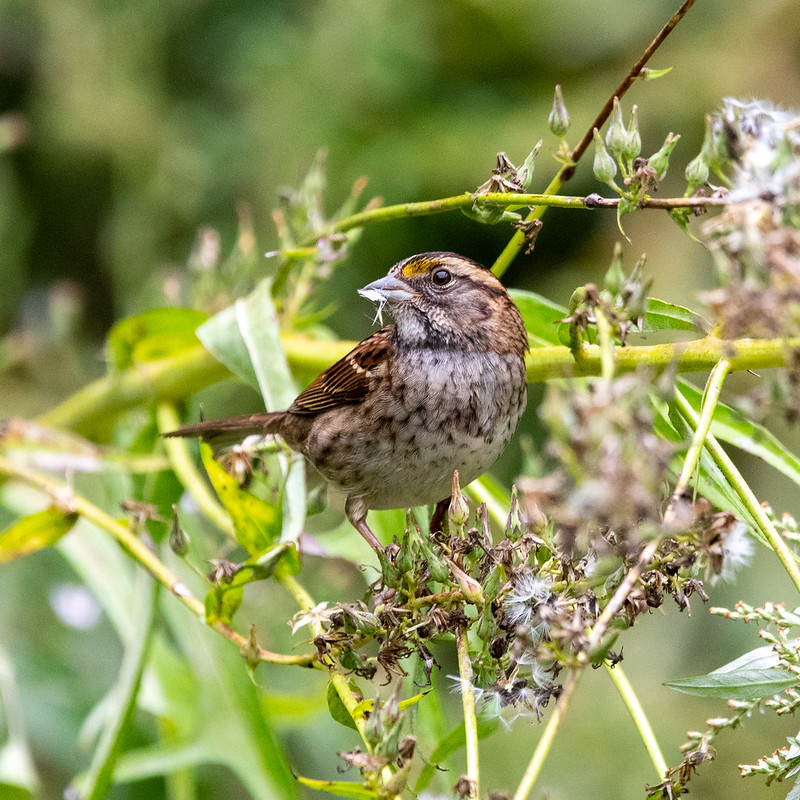 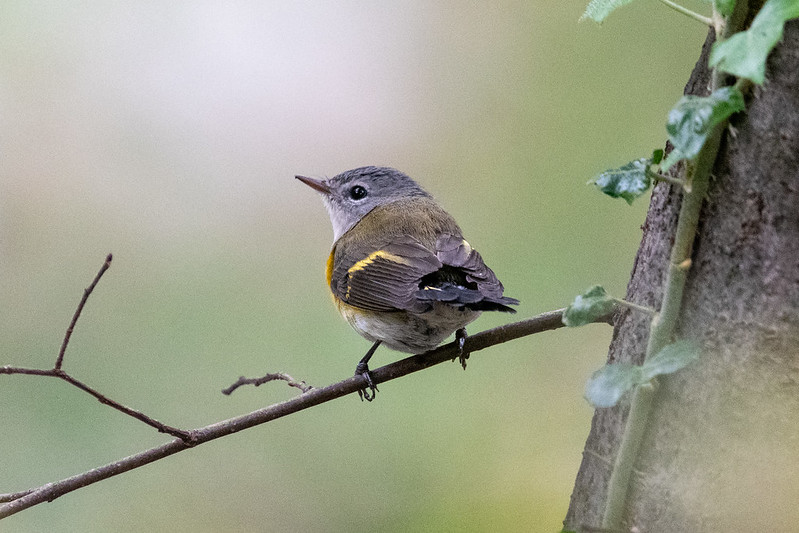 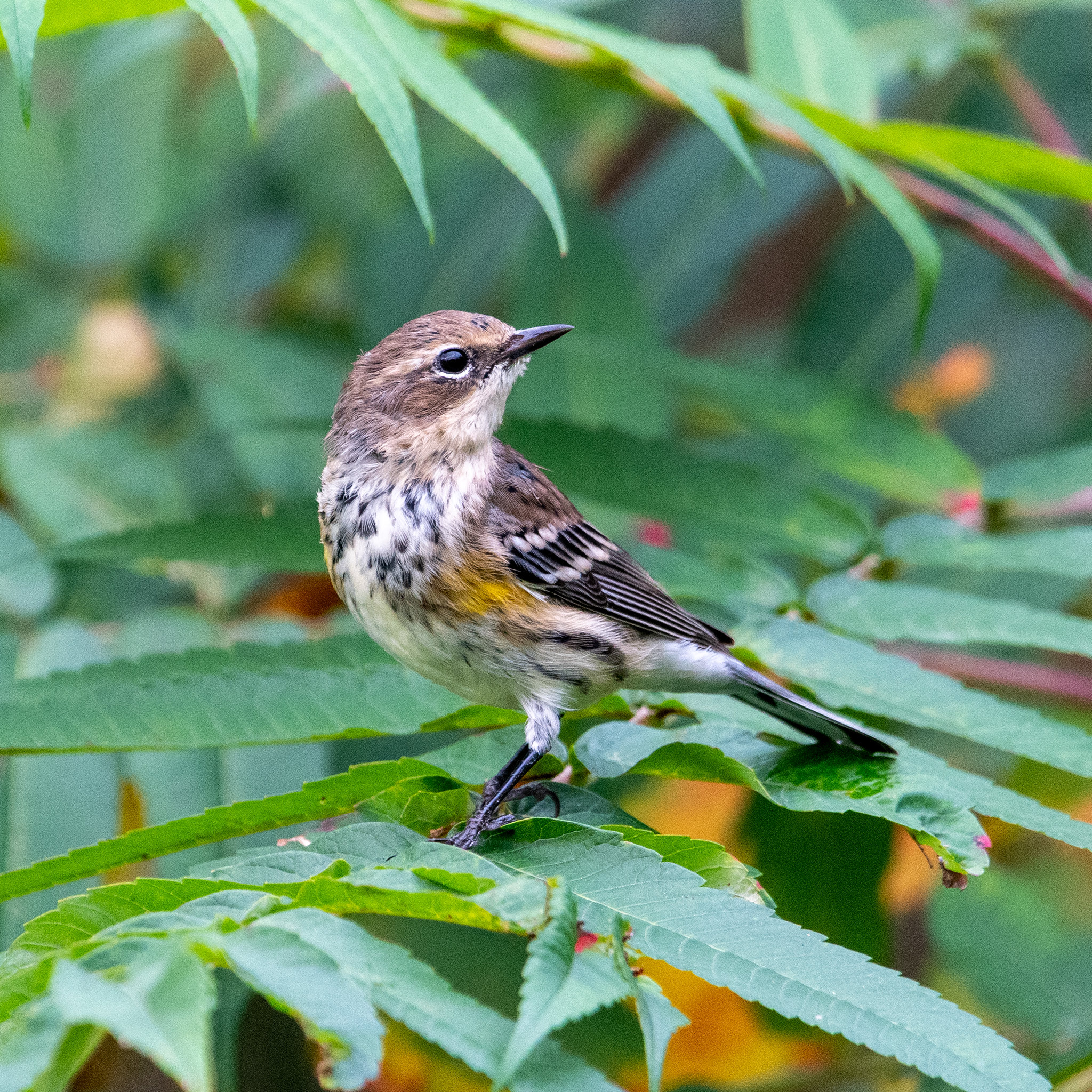 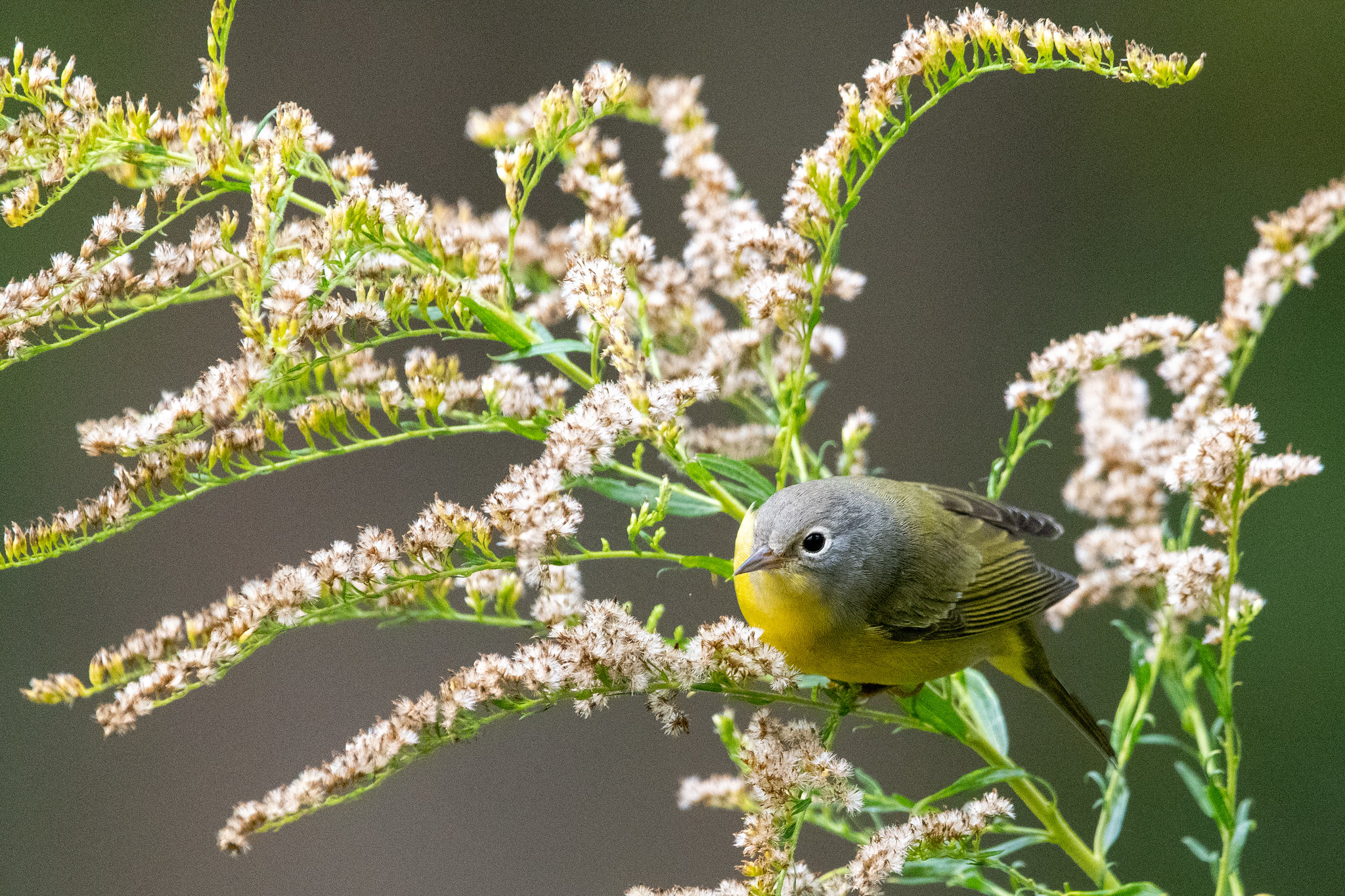 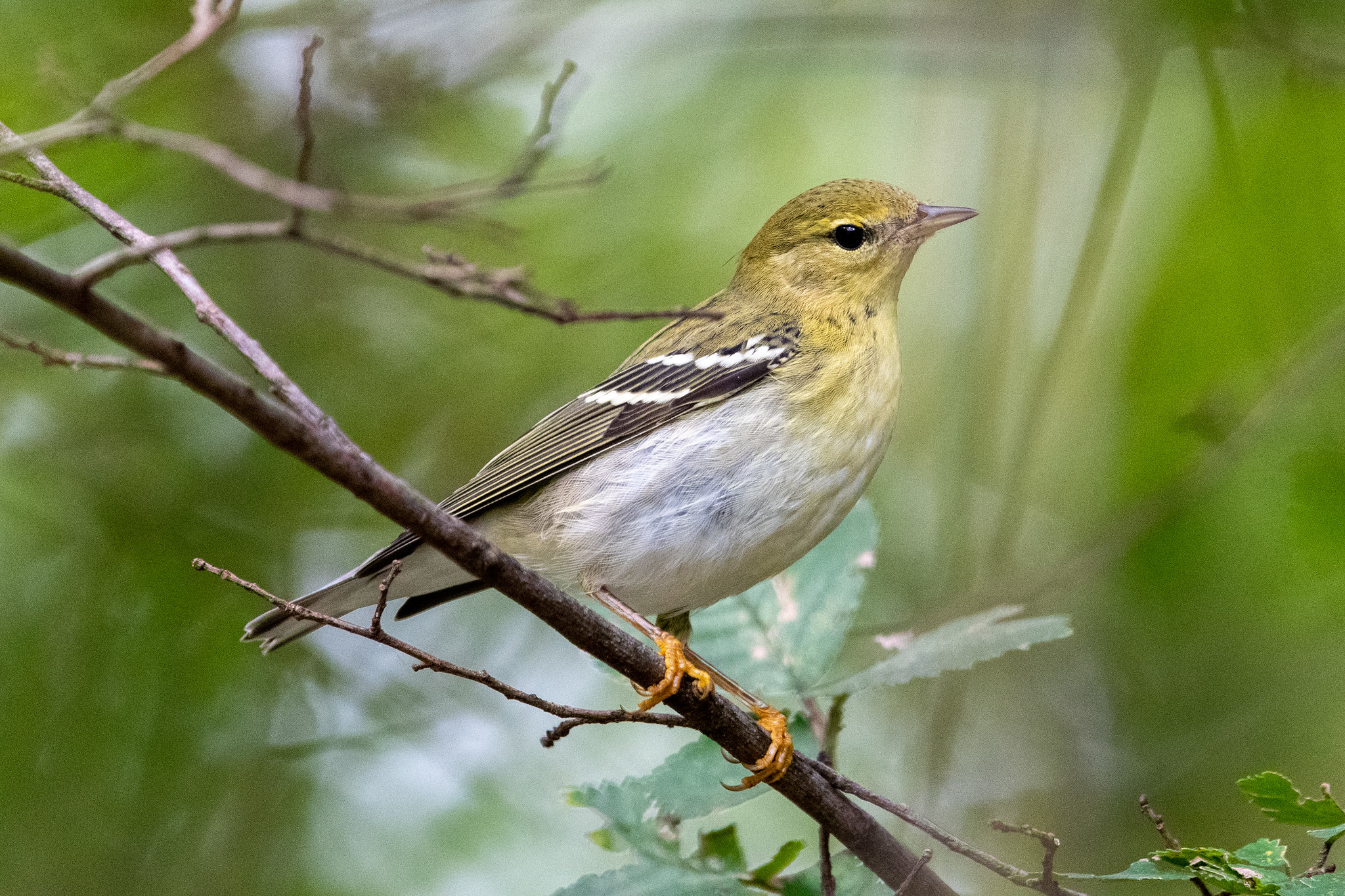 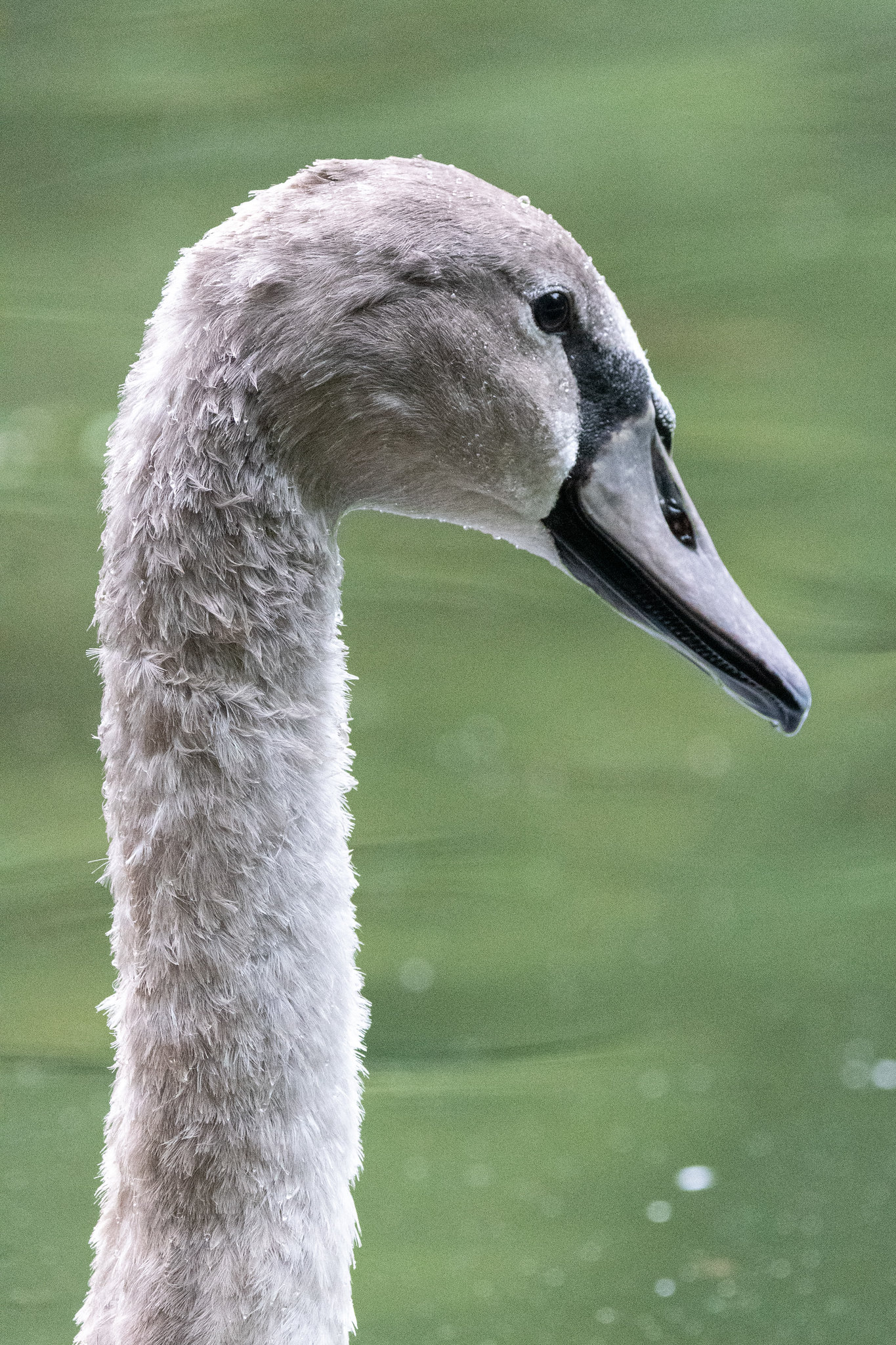 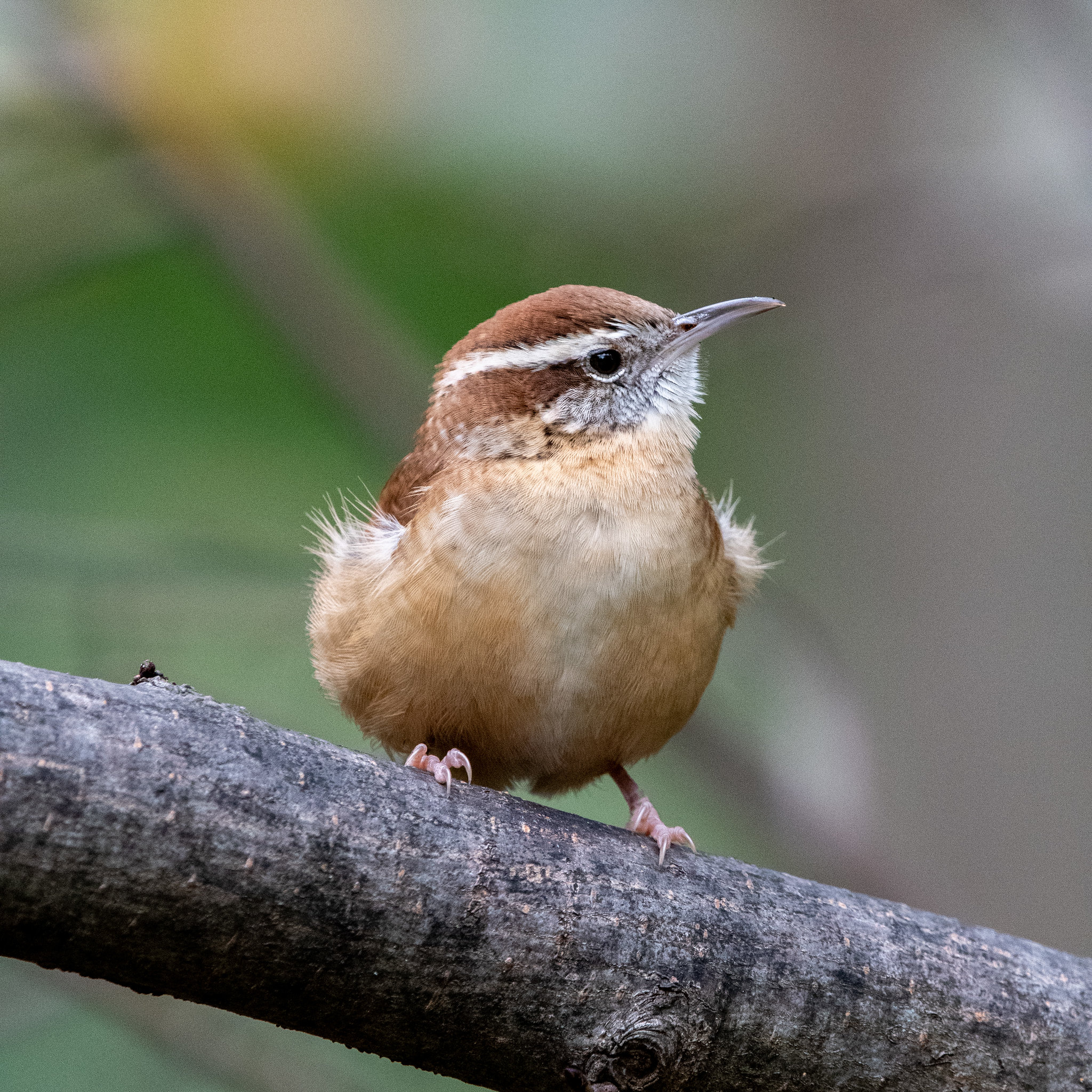 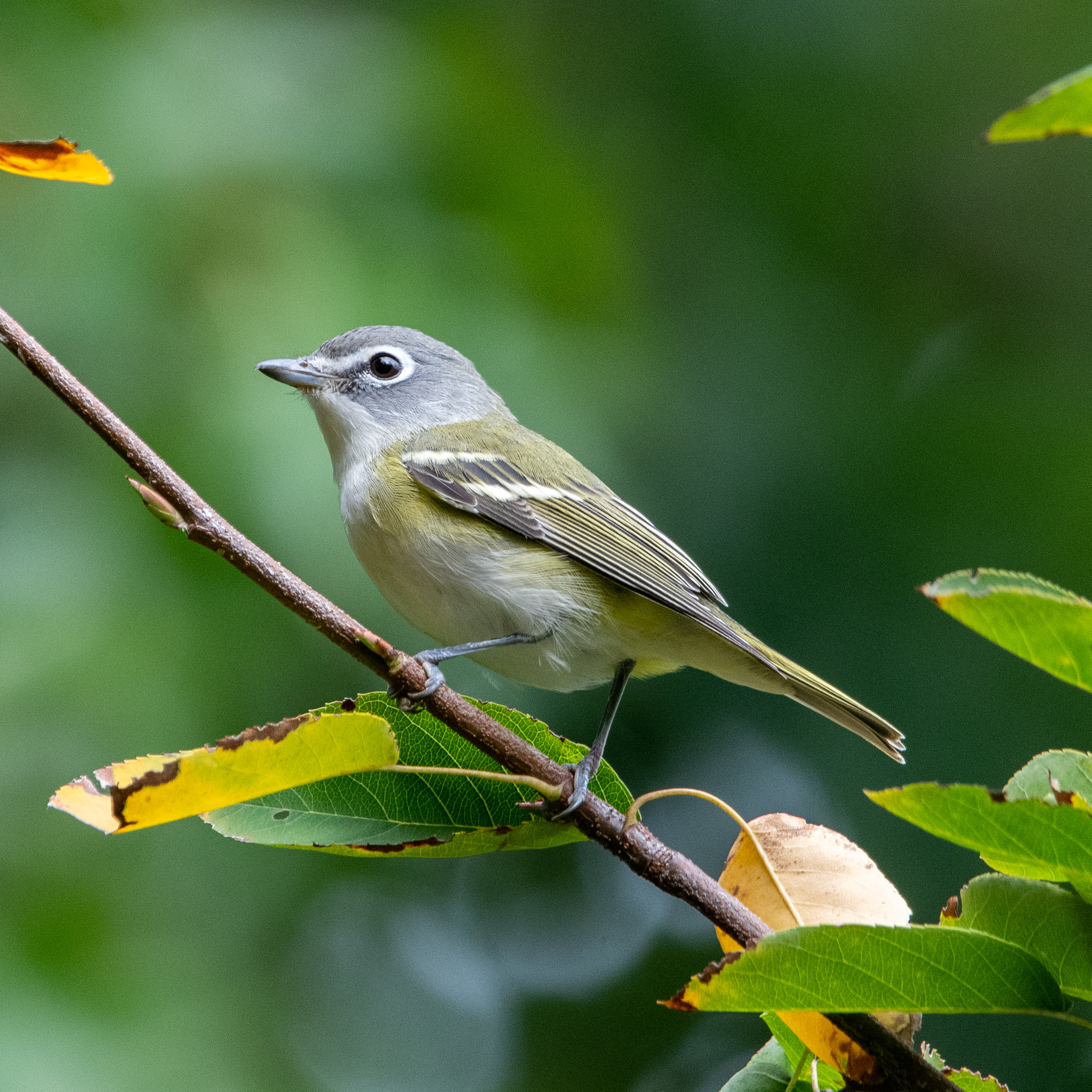 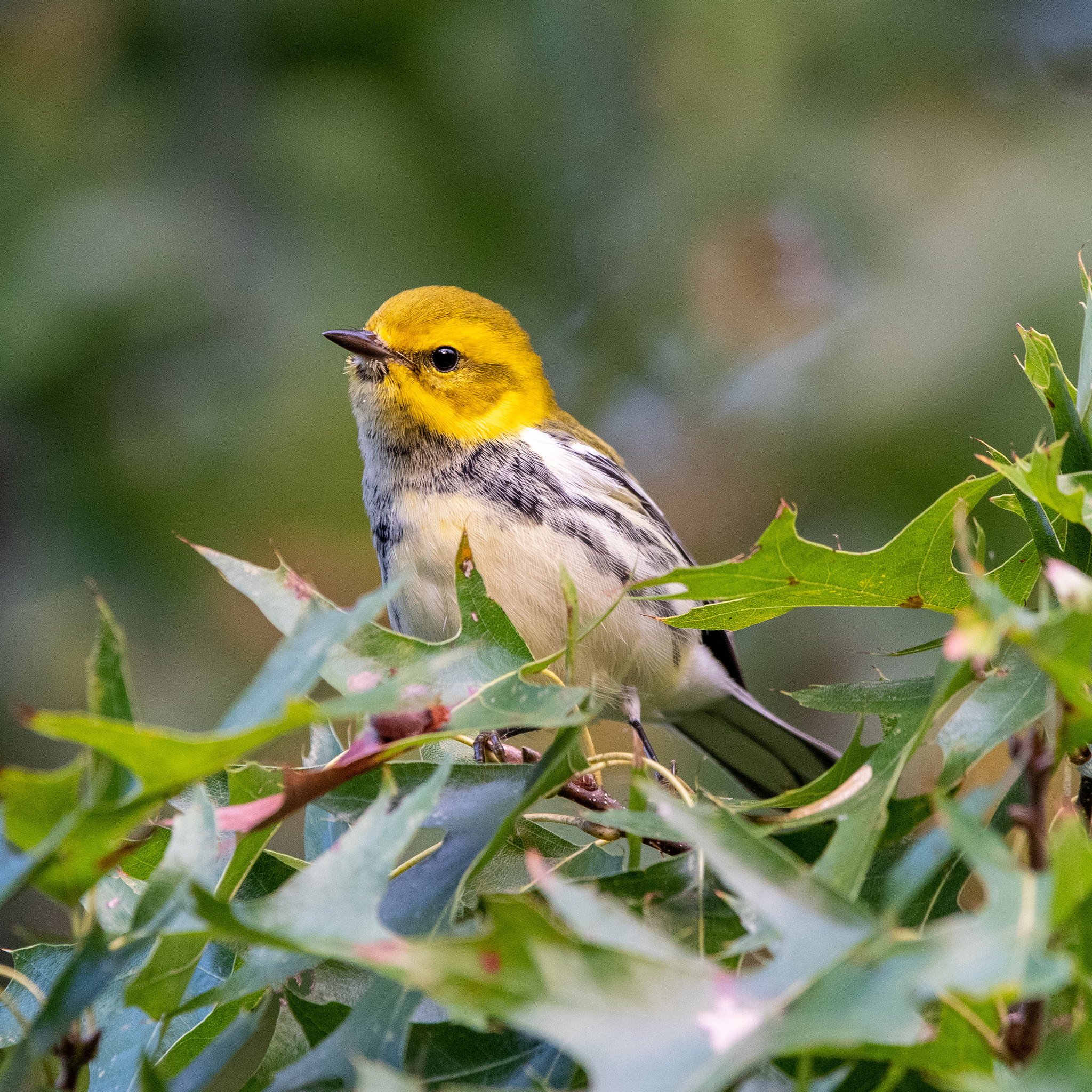 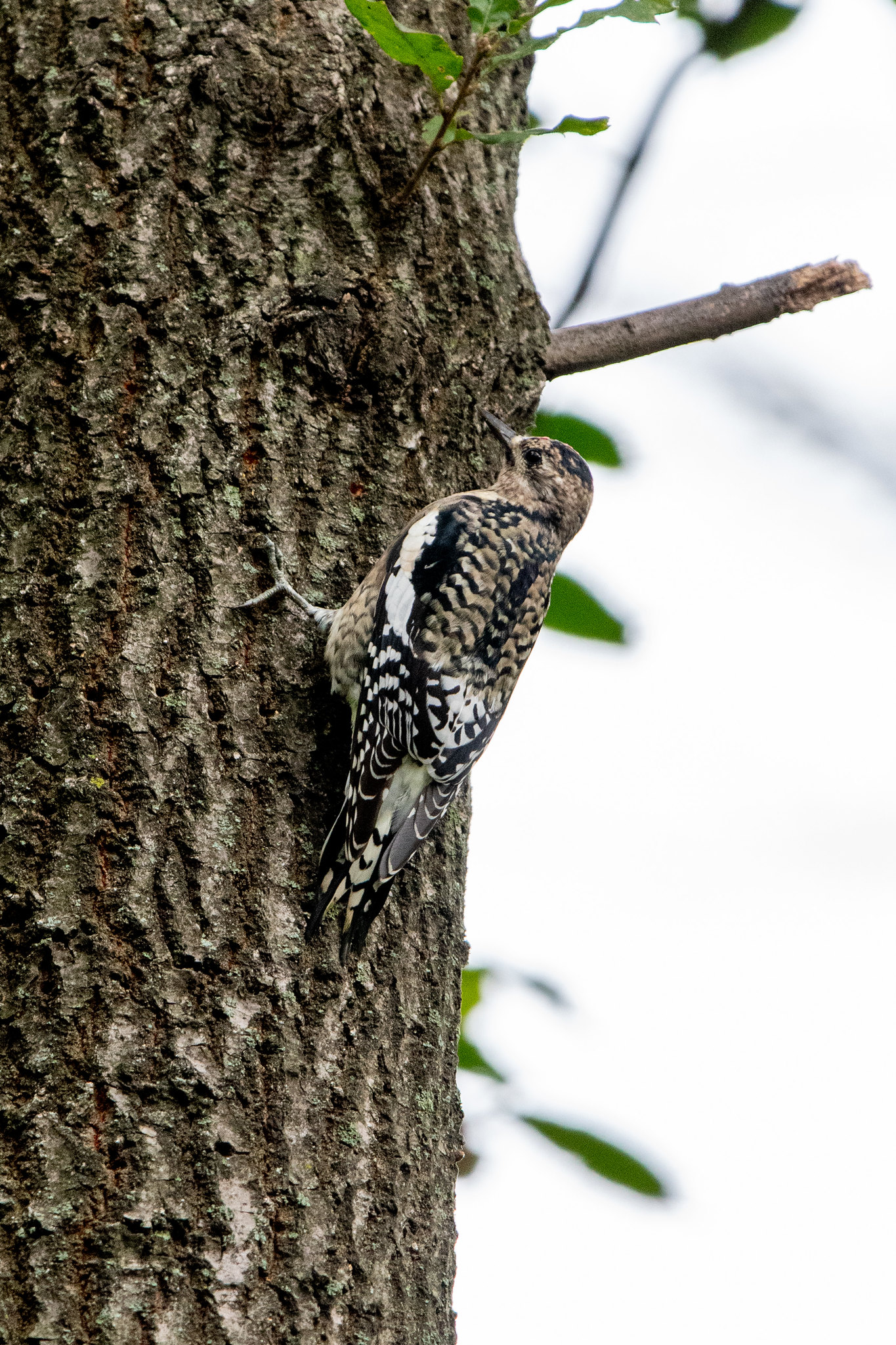 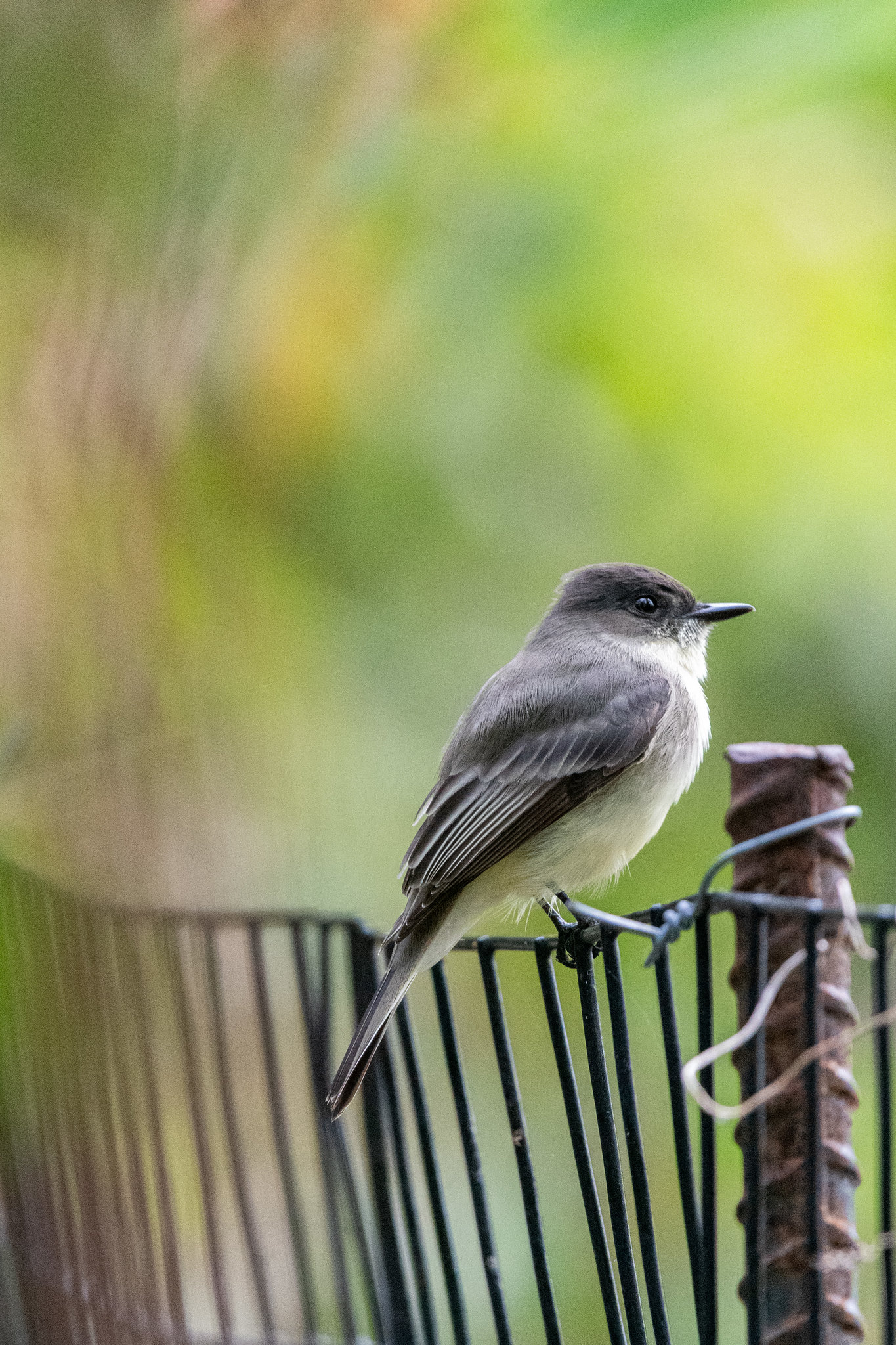 I’m not sure what I did as a photographer to deserve the psychedelic bokeh around this eastern phoebe, but I like it. 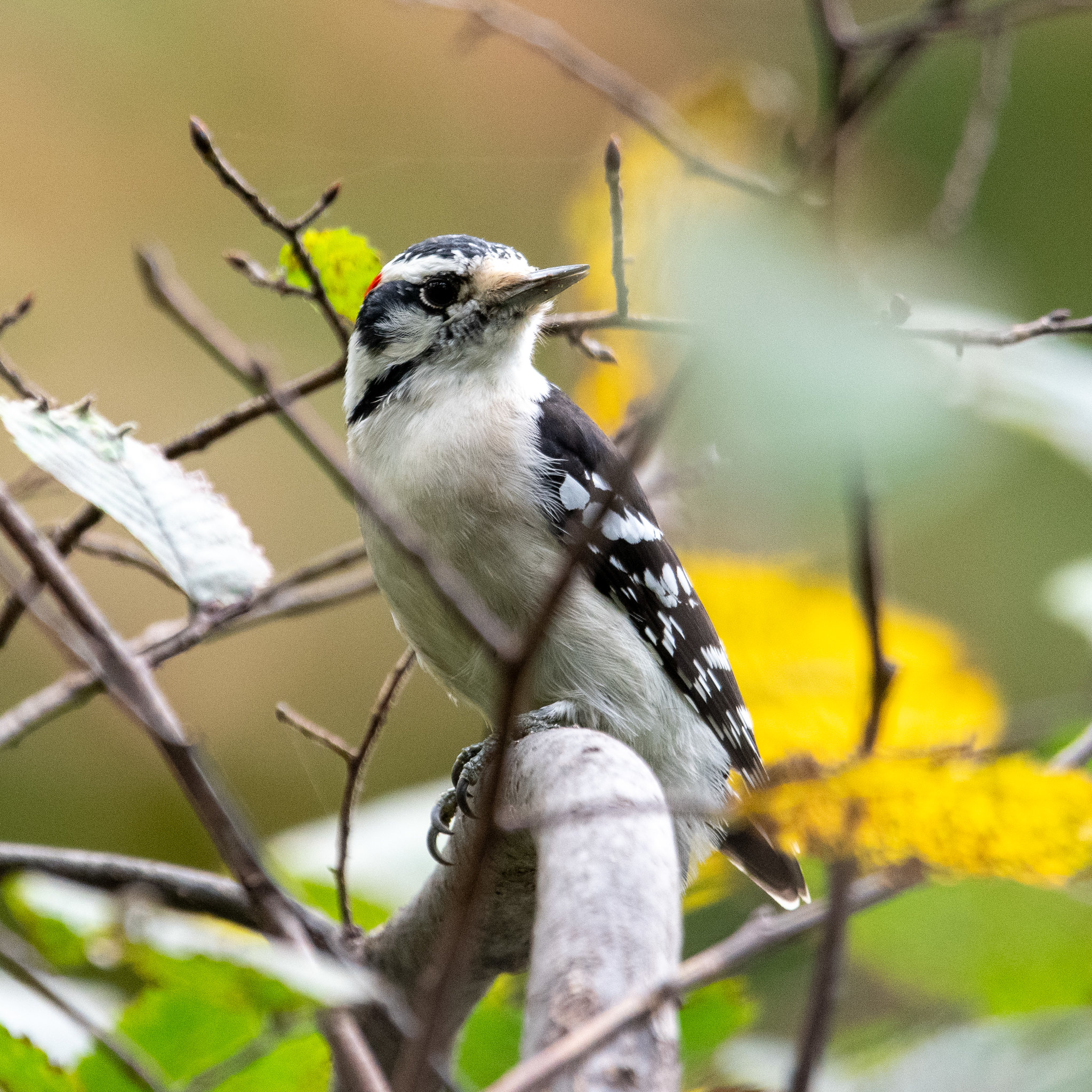 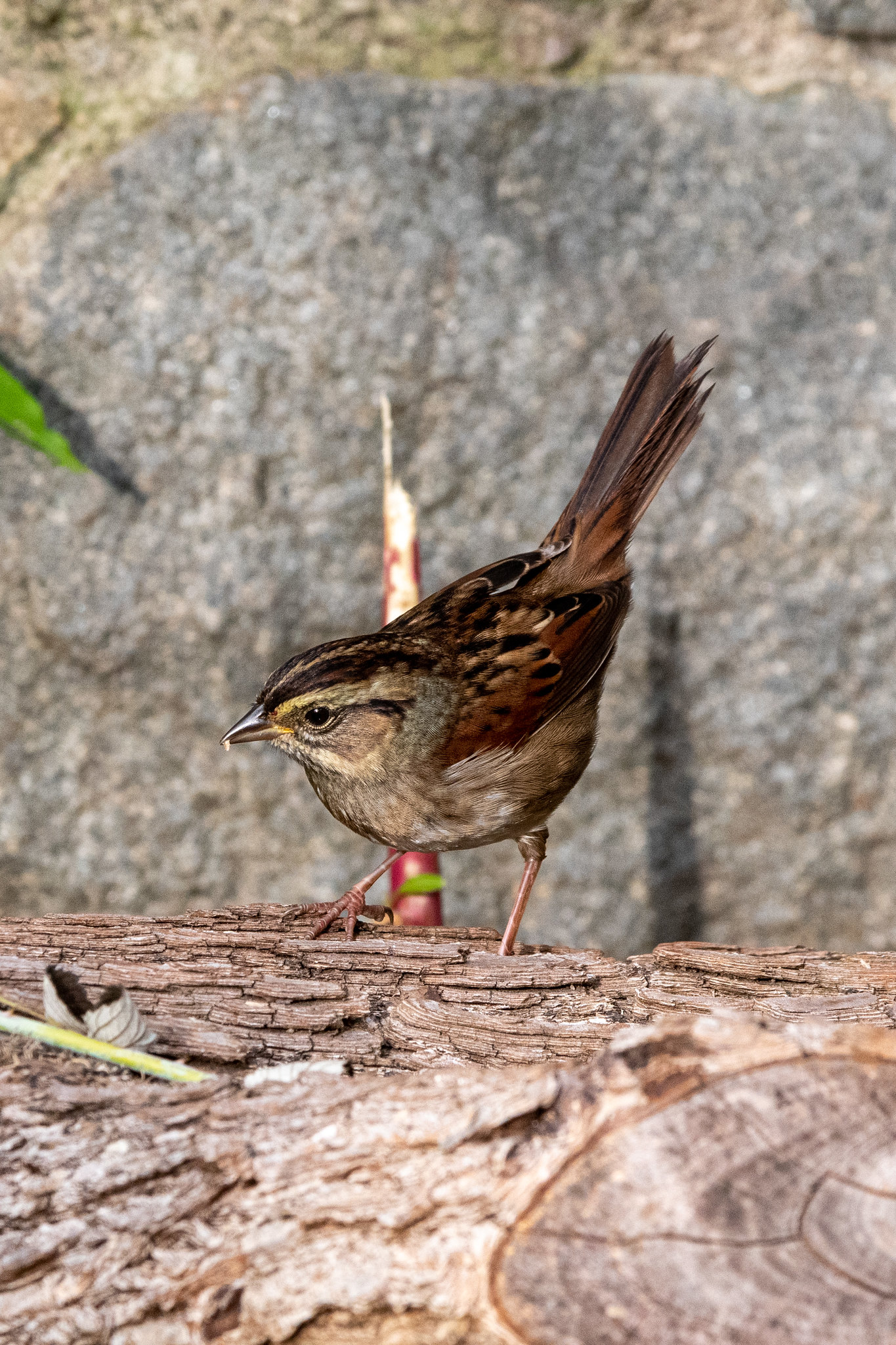 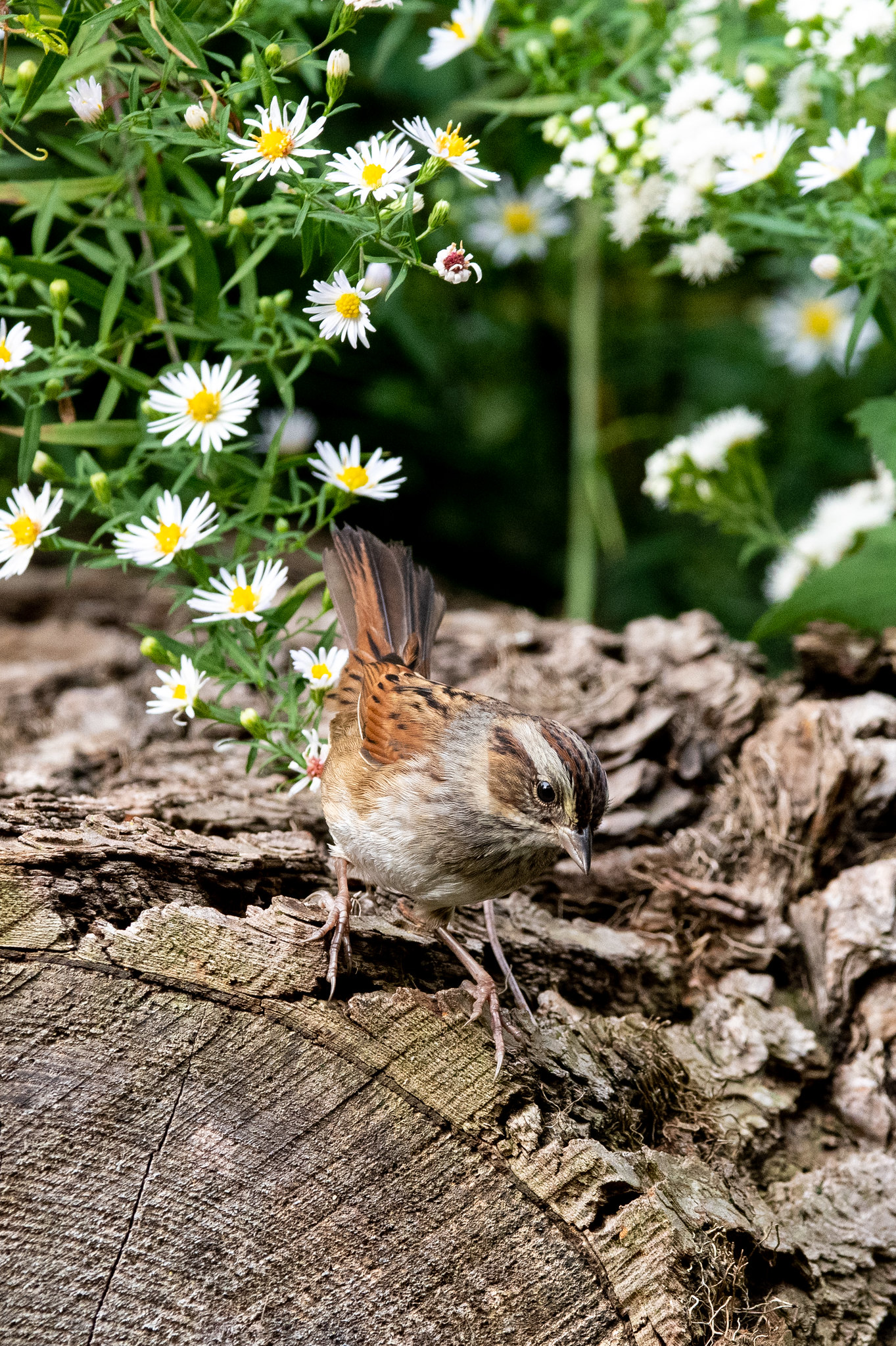 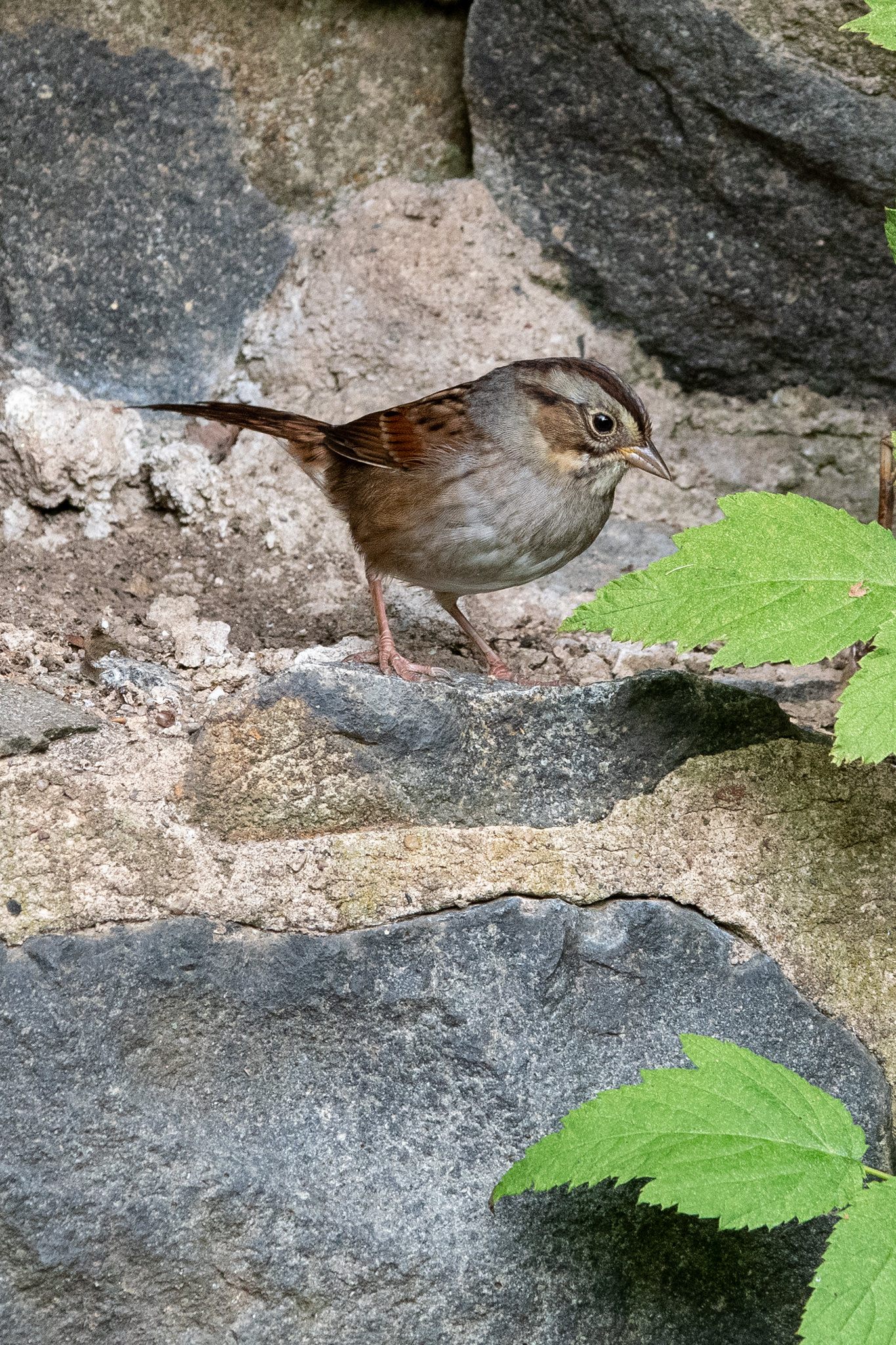 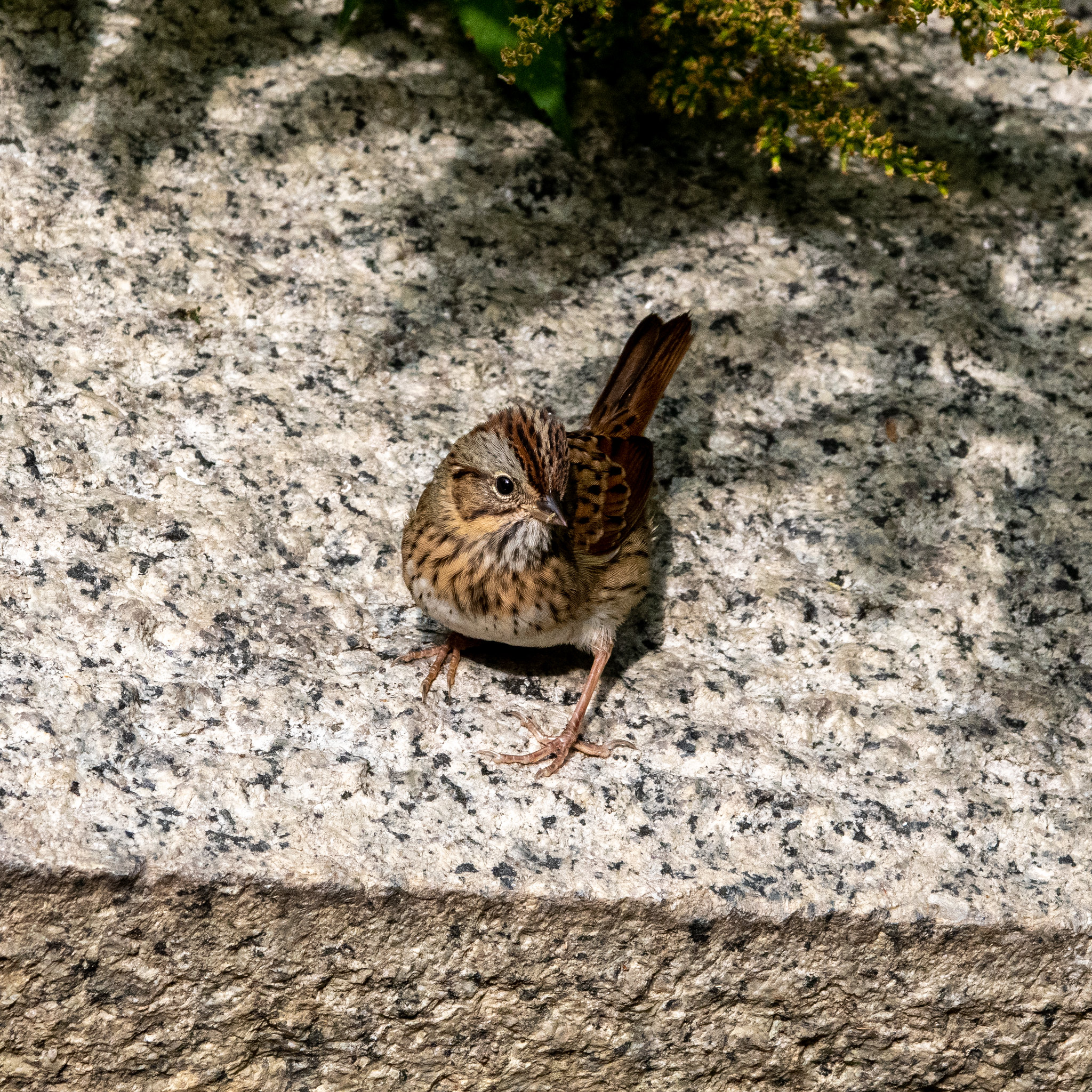 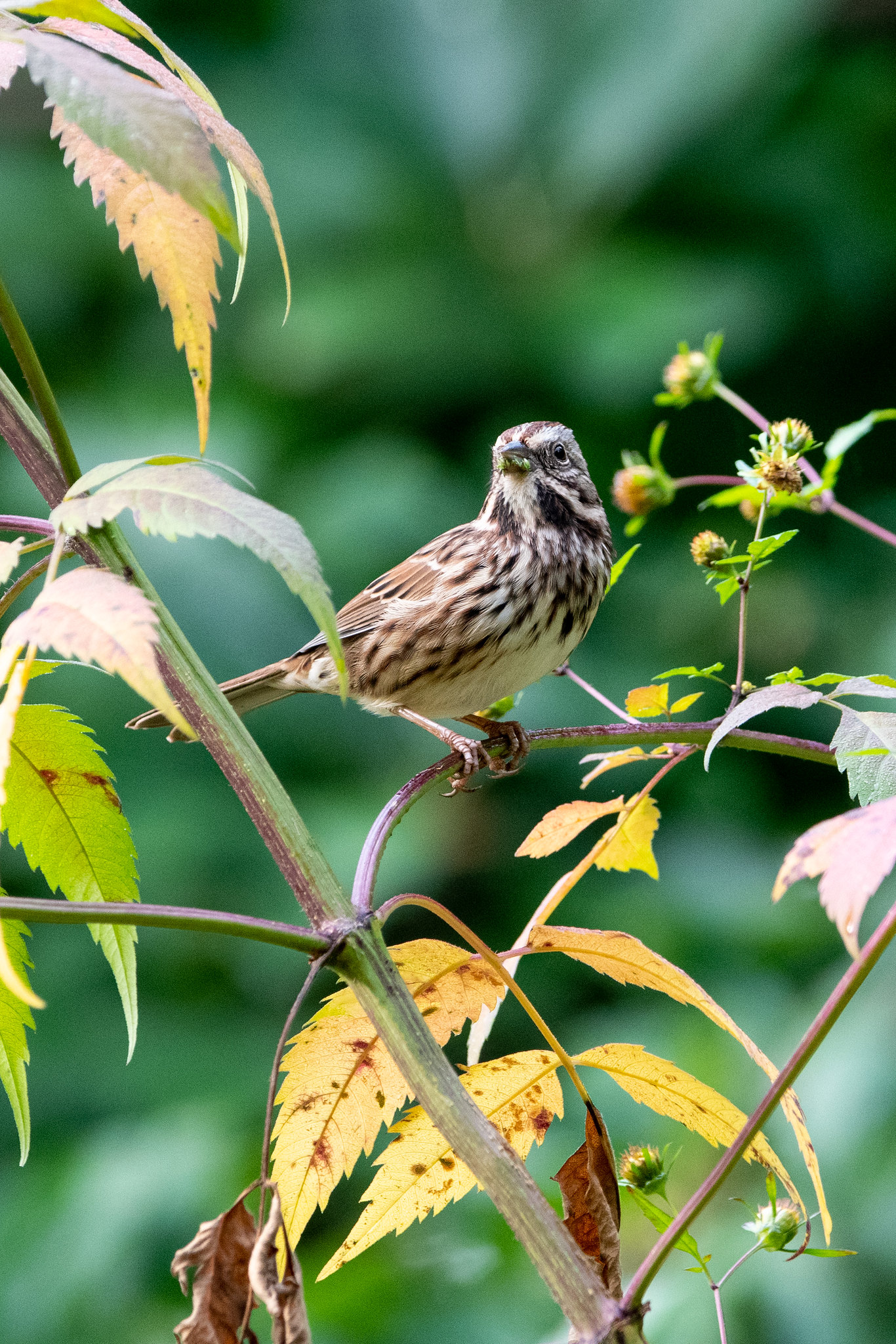 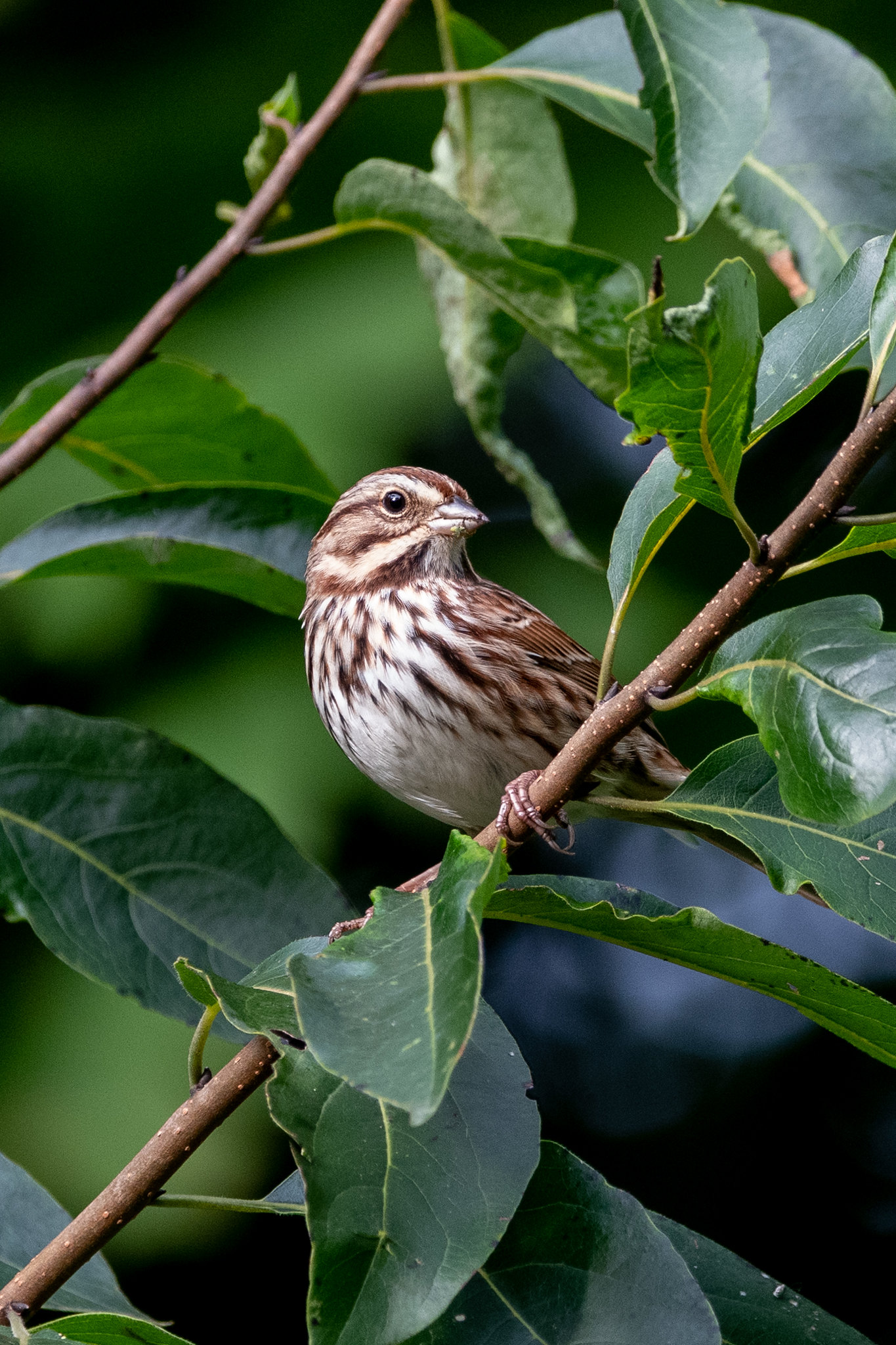 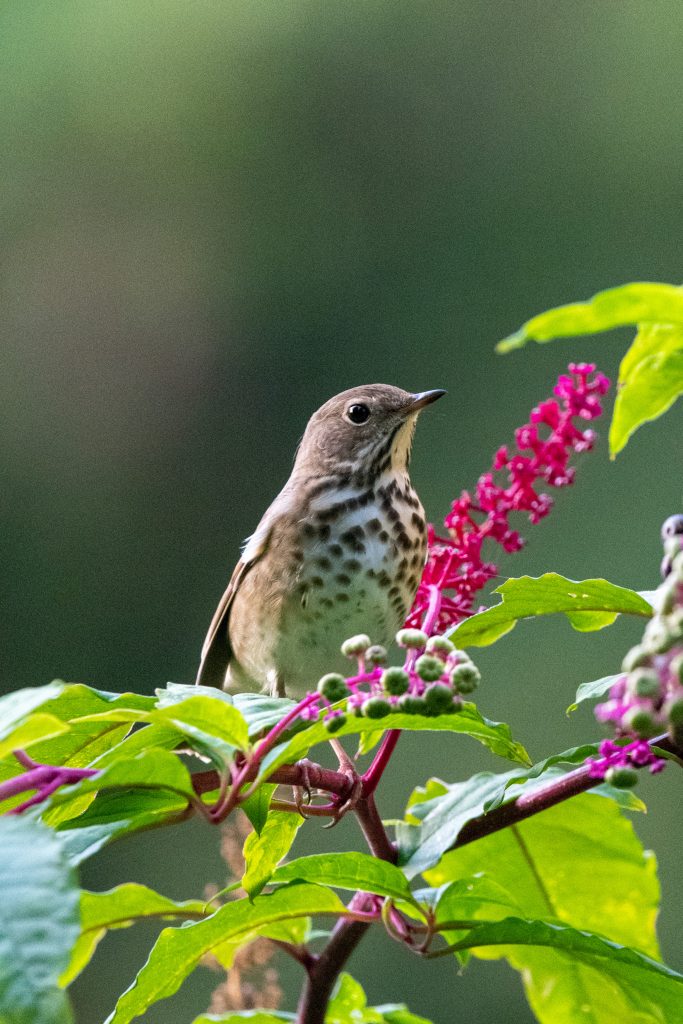 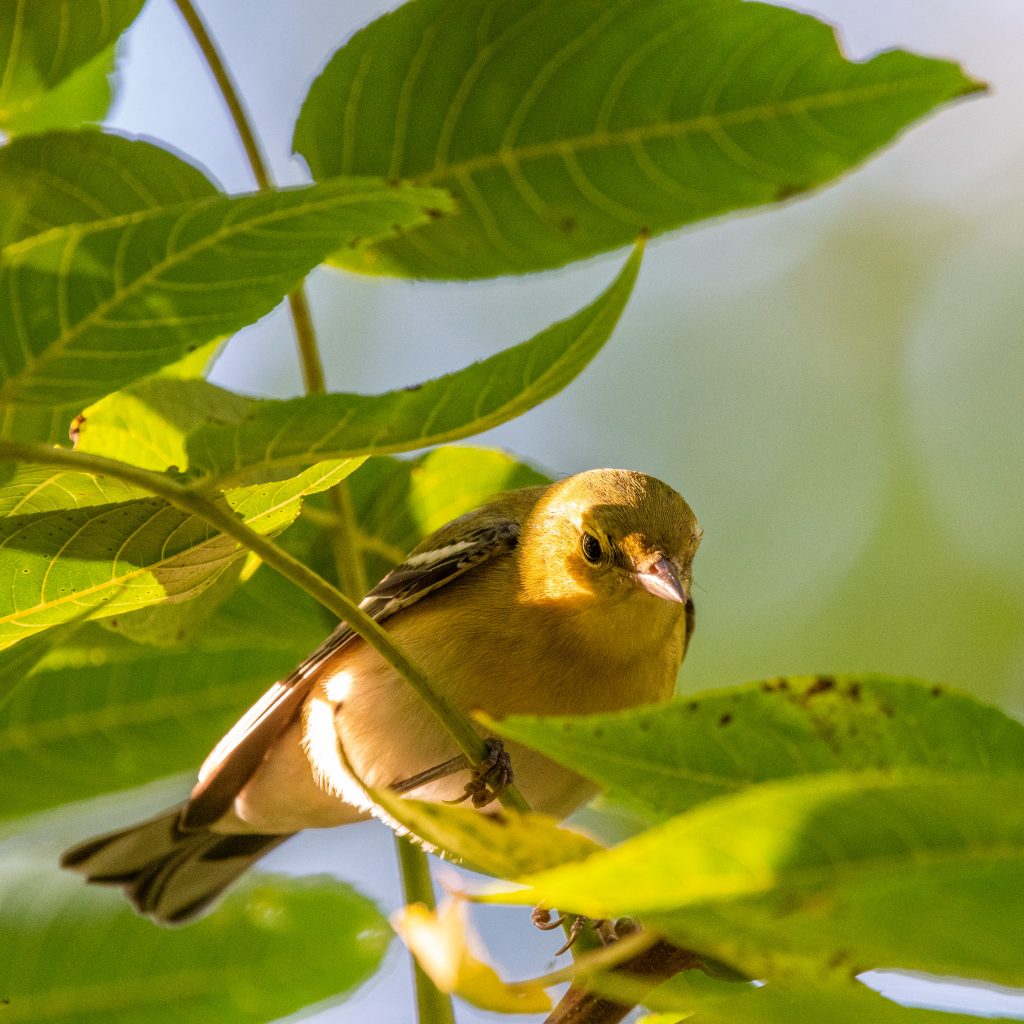 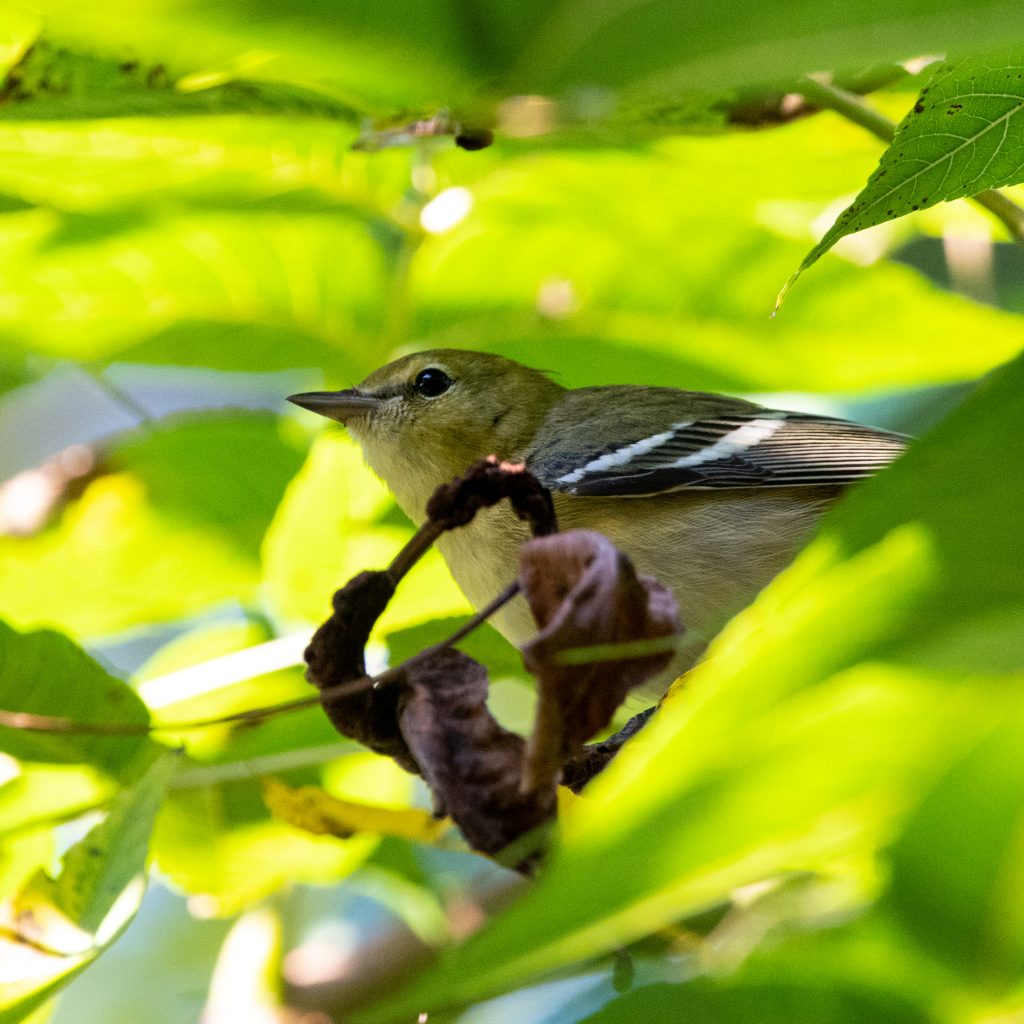 The two photos above are of the same individual. I think it was a bay-breasted warbler, but I’m not 100% sure. The other possibility is blackpoll warbler, but in the photos this bird doesn’t have orange feet, its breast is relatively unstreaked, and there’s a black contrast bar between its wing bars. 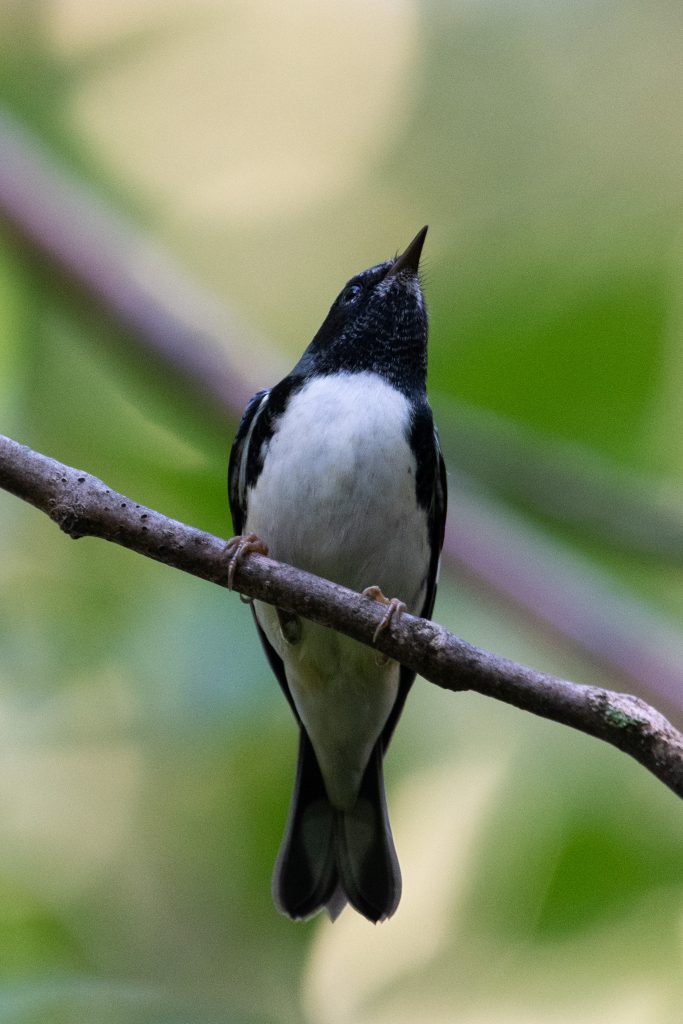 This black-throated blue warbler swooped down straight toward me, deciding only at the last minute that my ancient olive-putty-colored windbreaker was not in fact shrubbery. 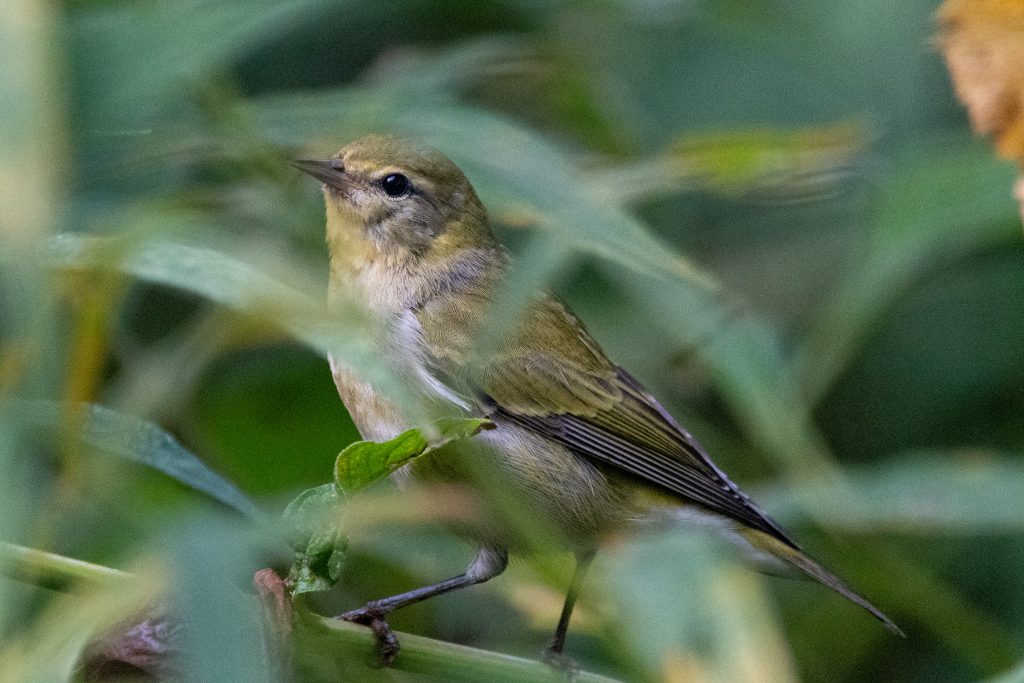 Another bird I’m not sure of. It was very green, but mottledly. I think it was a Tennessee warbler, but in the photo there seems to be a pattern and maybe some coloration on its breast, so maybe it was a Cape May? 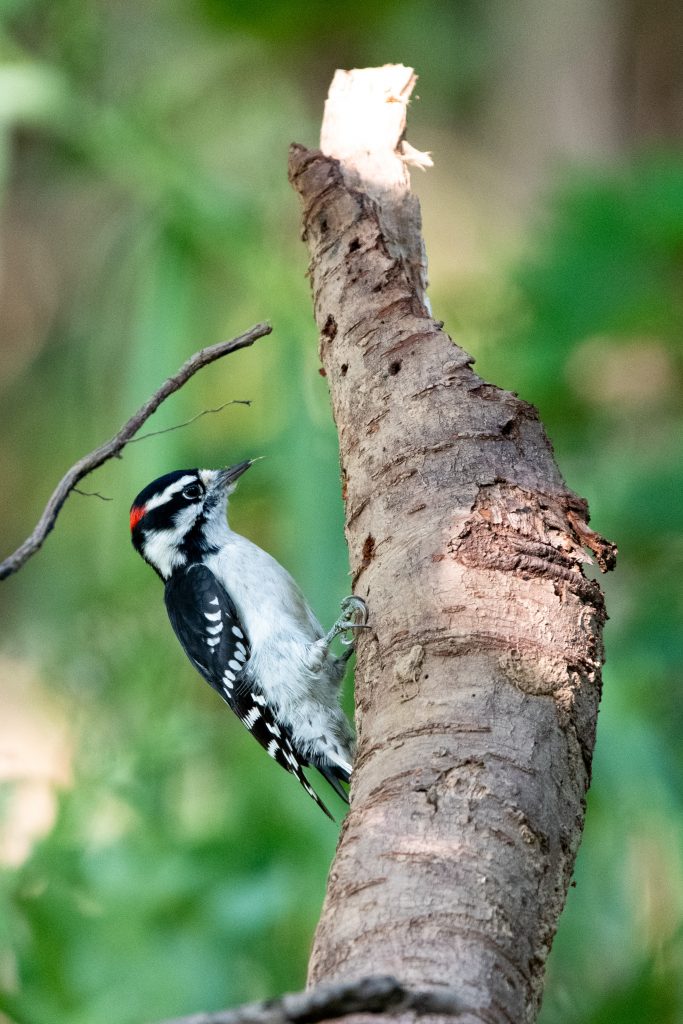 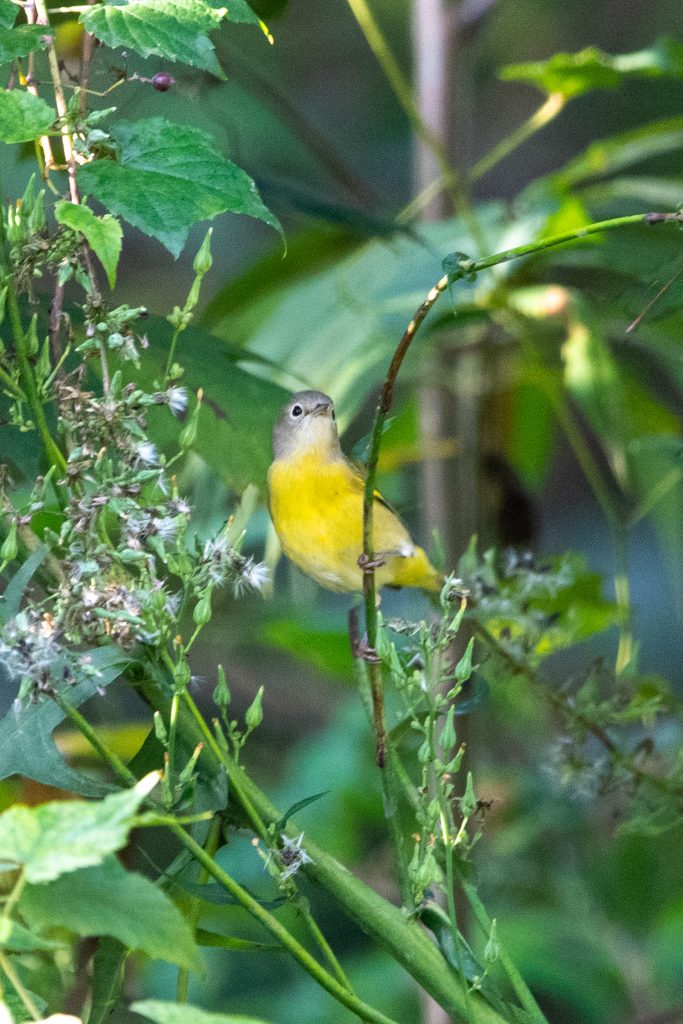