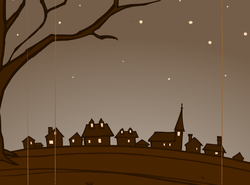 The party of Andrew Jackson is standing in the way of America’s pursuit of oil along its coasts. Click here to see why the Democrats must be overthrown. 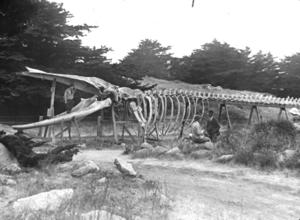 “There She Blew,” my review of Eric Jay Dolin’s Leviathan: The History of Whaling in America, is in the 23 July 2007 issue of The New Yorker. Herewith a few web extras and informal footnotes.

As ever, my first thanks go to the book under review. I also consulted the conservationist and historian Richard Ellis’s Men and Whales (Knopf, 1991), which takes the story of whaling beyond America, and the economists Lance E. Davis, Robert E. Gallman, and Karin Gleiter’s In Pursuit of Leviathan: Technology, Institutions, Productivity, and Profits in American Whaling, 1816-1906 (University of Chicago, 1997), which contains empirical data and insights that will interest Ph.D.’s as well as M.B.A.’s. The best documentation of Melville’s life as a whaler is in Herman Melville’s Whaling Years (Vanderbilt, 2004), a 1952 dissertation revised by its author, Wilson Heflin, until his death in 1985, and astutely edited for publication by Mary K. Bercaw Edwards and Thomas Farel Heffernan. (It’s from a note in Heflin’s book that I found the description of sperm-squeezing in William M. Davis’s 1874 memoir.) Two nineteenth-century memoirs of whaling that I refer to—J. Ross Browne’s Etchings of a Whaling Cruise and Francis Allyn Olmsted’s Incidents of a Whaling Voyage—are available online thanks to Tom Tyler of Denver, Colorado, as part of his edition of journals kept aboard the Nantucket whaler Plough Boy between 1827 and 1834. William Scoresby Jr.’s Account of the Arctic Regions, with a History and Description of the Northern Whale-Fishery is available in Google Books. (For the record, though, I read on paper, not online. I’m not really capable of reading books online.)

Also very useful was Briton Cooper Busch’s “Whaling Will Never Do for Me”: The American Whaleman in the Nineteenth Century (Lexington: University Press of Kentucky, 1994), which told me about bored shipboard wives and the whaler who read Moby-Dick while at sea, and Pamela A. Miller’s And the Whale Is Ours: Creative Writing of American Whalemen (Godine, 1971), my source for the quatrain about sperm whales vanishing from “Japan Ground.”

Now for the wildly miscellaneous. While I was researching the review, some Eskimos killed a bowhead whale off the shores of Alaska and found in its blubber the unexploded explosive tip of a bomb lance manufactured in the 1880s; the discovery got a short paragraph in the New York Times (“This Whale’s Life . . . It Was a Long One”), and a longer explanation on the website of the New Bedford Whaling Museum (“125-year-old New Bedford Bomb Fragment Found Embedded in Alaskan Bowhead Whale”). The NBWM has some great photographs of whaling in its online archives, from an inadvertently campy tableau of a librarian showing a young sailor how to handle his harpoon in the 1950s (item 2000.100.1449), to a sublime and otherworldly image of a backlit “blanket piece” of blubber being hauled on board a whaler in 1904 (item 1974.3.1.93). The blanket piece was photographed by the whaling artist Clifford W. Ashley, as part of his research for his paintings; he also took pictures of a lookout high in a mast (item 1974.3.1.221), a sperm whale lying fin out beside a whaler (item 1974.3.1.73), the “cutting in” of a whale beside a ship (item 1974.3.1.34), and whalers giving each other haircuts (item 1974.3.1.29). Though taken in 1904, they’re the best photos of nineteenth-century-style whaling I’ve seen, and they’re also available in a book, Elton W. Hall’s Sperm Whaling from New Bedford, through the museum’s store.

The best moving images of whaling are in Elmer Clifton’s 1922 silent movie “Down to the Sea in Ships,” which features Clara Bow as a stowaway in drag and has an absurd plot, complete with a villain who is secretly Asian. It stars Marguerite Courtot and Raymond McKee (who was said to have thrown the harpoon himself during the filming), as well as real New Bedfordites and their ships, as Dolin explains, and even has a scene of Quakers sitting wordlessly in meeting, the purity of which tickled me. It has been released by Kino Video on DVD and is available via Netflix as part of a double feature with Parisian Love. The NBWM has a great many stills; try searching for “Clifton” as a keyword.

If photographs strike you as too anachronistic, you can find the occasional watercolor whaling scene in the nineteenth-century logbooks digitized by the G. W. Blunt White Library of the Mystic Seaport Museum, such as these images from the 1841-42 logbook of the Charles W. Morgan (MVHS Log 52, pages 37 and 43). There is more scrimshaw than you will know what to do with at the Nantucket Historical Association. If you want to hear whales, the National Oceanic and Atmospheric Administration has at least two websites with samples, and there are more here, courtesy of the University of Rhode Island.

The conceptual, book-based artist Alex Itin has an intriguing video collage of Moby-Dick the text and Orson Welles the actor; Welles tried a number of times to stage a version of the novel. And much further down the brow of culture, the Disney corporation did an animated book review of Moby-Dick a few years ago. (I can’t promise it won’t work your last nerve.) Last but not least, here are NOAA’s estimates of current whale populations, by species, and the homepage of the International Whaling Commission, responsible for the animals’ welfare.