On 8 December 2009, I moderated a panel, “Evangelicalism and the Contemporary Intellectual,” which was organized by the journal n+1 and hosted by the New School. The panelists were Malcolm Gladwell, Christine Smallwood, and James Wood. N+1 has posted the one-and-a-half-hour video on its website.

Update, Dec. 30: You can also download the video from the Internet Archive. 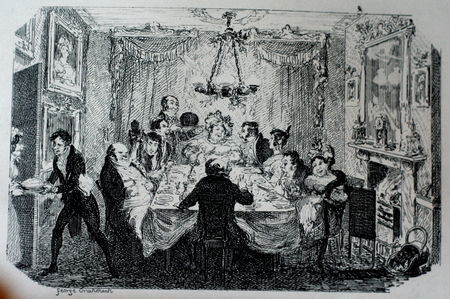 Lynn Hunt’s Inventing Human Rights: A History is the subject of a lovely, insightful review by Gary J. Bass in the 7 May 2007 issue of The New Republic. Last month I wrote about Gordon Wood’s New York Times review of the book, because I was taken with Hunt’s suggestion, as relayed by Wood, that novels, by teaching empathy, fostered the development of human rights. Wood was skeptical of the link, but Bass thinks it reasonable:

The point that literature has been a cause of empathy is not a new one, but it is still a good one. . . . [T]his closing of the distance between people represented, in Hunt’s view, a huge leap of the moral imagination—the sort of leap without which the idea of human rights would not have been possible.

Bass has high praise for Hunt’s book, but he notes that she hurries through the history of human rights in the nineteenth century, and therefore provides his own capsule summary of the missing years. His survey ends with the observation that a liberal reader might look back “with a certain sense of satisfaction” at the progress made between the sixteenth century and now. “Human rights is not triumphant, to be sure; but the idea is holding its own.” But then he adds a note of concern:

Yet there is one element of this era of human rights that is in retreat: print capitalism, and thus foreign press coverage. Print and capitalism are not getting along. . . . Under heavy pressure from investors, some of the country’s best newspapers have decided to go local. . . . When the suits decide to shut those [foreign] bureaus, they fritter away a hard-won achievement of centuries. They are reversing the moral gains of modern empathy.

This adds a new wrinkle to the speculation that has been worrying me, namely, that as novel reading gives way to the enjoyment of streaming, visual media, we may no longer be able to take for granted that people will feel the kinds of empathy they used to. Newspaper executives shut their foreign bureaus, of course, for the same reason they shut down their papers’ book-review sections: they have to cut something, because profits are down, and they suspect their readers won’t mind their absence.

Bass’s review provoked another speculation in me. In passing, he jokes that public executions and public state-administered torture were the eighteenth-century equivalent of “the slasher movies of our time” in their capacity to draw an audience. He writes that Declaration of Independence-signer Benjamin Rush

denounced public punishment for its attempt to block the public from empathizing with the sufferer. For Rush, it was crucial to realize that even convicts “possess souls and bodies composed of the same materials as those of our friends and relations.”

It’s intriguing that an eighteenth-century human rights activist (to describe Rush loosely) was concerned that the spectacle of punishment would deter empathy. Rush, a doctor, thought and wrote about the human nervous system, so his interest in the problem is understandable. Rush’s comment reminds me of Charles Dickens’s famous description of the “wickedness and levity” of the London crowd that gathered to watch the 13 November 1849 hanging of the husband-and-wife murderer team Frederick and Maria Manning:

Fightings, faintings, whistlings, imitations of Punch, brutal jokes, tumultuous demonstrations of indecent delight when swooning women were dragged out of the crowd by the police, with their dresses disordered, gave a new zest to the general entertainment. When the sun rose brightly—as it did—it gilded thousands upon thousands of upturned faces, so inexpressibly odious in their brutal mirth or callousness, that a man had cause to feel ashamed of the shape he wore, and to shrink from himself, as fashioned in the image of the Devil. When the two miserable creatures who attracted all this ghastly sight about them were turned quivering into the air, there was no more emotion, no more pity, no more thought that two immortal souls had gone to judgement, no more restraint in any of the previous obscenities, than if the name of Christ had never been heard in this world.

The novelist, too, worried about the moral effects that such a spectacle had on its observers. (Herman Melville, as it happens, was also watching that day, and wrote in his journal, more laconically, that “The mob was brutish.”) I’m wondering, I suppose, whether, having been taught by novels to value empathy, reformers recognized such spectacles as enemies of empathy and therefore sought to quarantine them, and whether we risk something in allowing them to multiply.

While on the subject, I ought to correct a misstatement. I wrote, a couple of weeks ago, that David Griffith’s A Good War Is Hard to Find “starts by comparing the novel and movie versions of the torture scenes in Deliverance.” Not so; that was my misunderstanding of an email from its publisher, Richard Nash of Soft Skull Press, who was kind enough to send me a copy. Now that I’ve read it, I can say that Griffith does compare the novel and movie versions of Deliverance, but his comparison is in chapter 4, not chapter 1:

In the film, the scene lasts only a few minutes, whereas in the book, narrated in the first person, the whole episode lasts for nearly thirty pages. . . . Dickey’s book forces us to meditate on the ugliness of violence through images that are not neutral and objective but that call attention to the way violence, as Simone Weil argues in her revolutionary essay on The Iliad, can make a human being into an object. . . . Dickey captures the language of empathy that compels us to see the violence as despicable, not funny. . . . There is no way to flinch, to turn away, or close our eyes to it; there is no soundtrack to dull the senses.

Griffith doesn’t think the movie of Deliverance irresponsible in its handling of violence; his implied comparison here is actually between both versions of Deliverance and Tarantino’s Pulp Fiction, which he finds “ultimately destructive.”

The distinction between novelistic description and filmed depiction of torture is not, however, Griffith’s main concern. What he’s after is the distinction between representations of evil that are merely entertaining and those that allow the reader or viewer to understand his own complicity—his sin, actually, because Griffith is a Catholic, and his book is not only a meditation on the roots of the Abu Ghraib scandal in American culture but also an essay in theology. It’s an idiosyncratic, highly personal essay in theology, written with an appealingly broad yet lightly worn erudition, citing sources as disparate as Flannery O’Connor and Wayne Koestenbaum, but it is theology nonetheless. I was reminded, in reading it, of how rich the vocabulary of serious theology is, and how infrequently it is spoken in the public sphere on such topics, about which it has much to say. As a lapsed believer, I couldn’t follow Griffith in all of his arguments. I agree, for example, that American culture is evasive on the subject of its own potential for evil, but I’m not sure that an awareness of one’s potential for evil is necessarily salutary for the soul. I also don’t think that the best way to re-introduce moral questions into the legal sphere is by a turn to religion, and I’m not convinced that an improved understanding of what it means to be a Christian nation would bring about the outrage and energy for reform needed in America on the subject of torture—though of course I’d be very happy if it did. Griffith’s is nonetheless a tremendously likable book, and it was uncanny how often I agreed with his aesthetic judgments—thumbs up for Blue Velvet, and down for Andy Warhol. I found myself wanting to push Muriel Spark on him, if by some chance he hadn’t already read her.

A final, utterly miscellaneous, but not altogether unrelated note: While reading J. Gabriel Boylan’s brilliant and quirky essay on Vangelis’s soundtrack to Blade Runner in a new journal called The Crier—an essay that prompted me to wonder, “If you Googled for William Blake, Isaac Asimov, and Frank Lloyd Wright, would you land on the Wikipedia page for Blade Runner?” only to discover, no, you land on Boylan’s essay—I found myself recalling the machine in the movie that distinguishes humans from replicants through a series of questions about empathy—in one case, empathy for an animal in pain—as if it were the most distinctive trait in human nature.