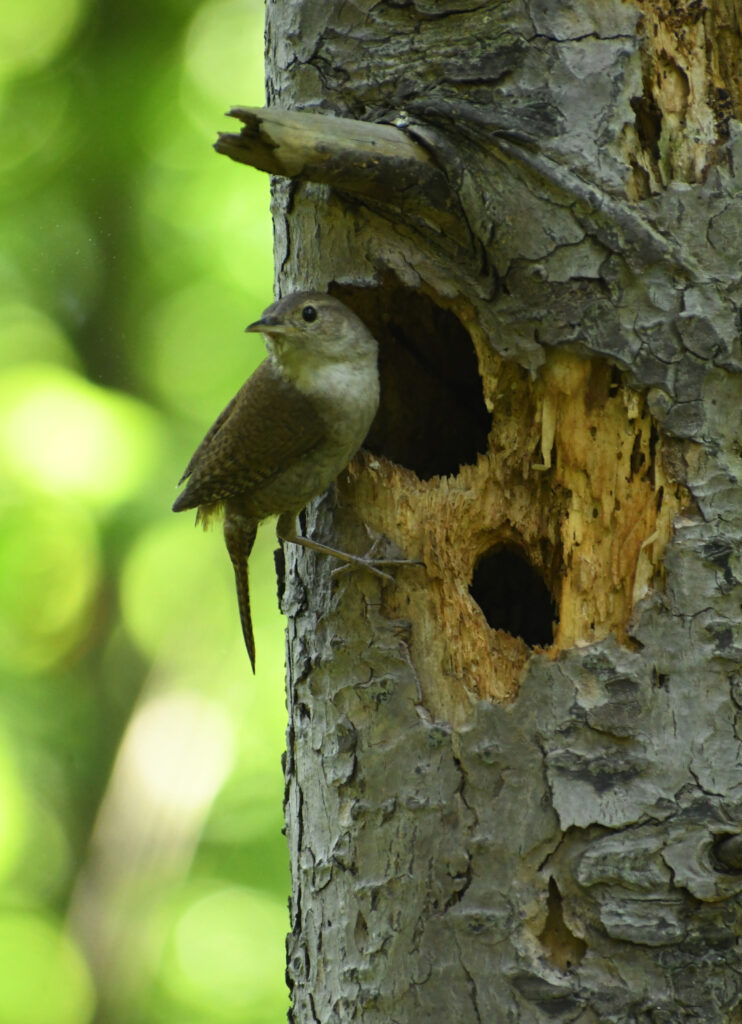 A pair of house wrens have made their nest inside a very upstanding but dead tree, all of whose limbs have been stripped off—as close to a post as a tree can become without passing under a lathe. The two parents were carrying insects to the nest in their beaks—the chicks mewed from inside when they sensed a parent approaching, and sometimes peeked out of the lower of the two holes in the tree here—and were not happy about the attention that I was paying them. They kekked at me minatorily, and only traveled to their nest in quick darts, and sometimes one parent would sit on a nearby twig and quiver its wings anxiously. Maybe it was trying to distract me by pretending to be wounded? 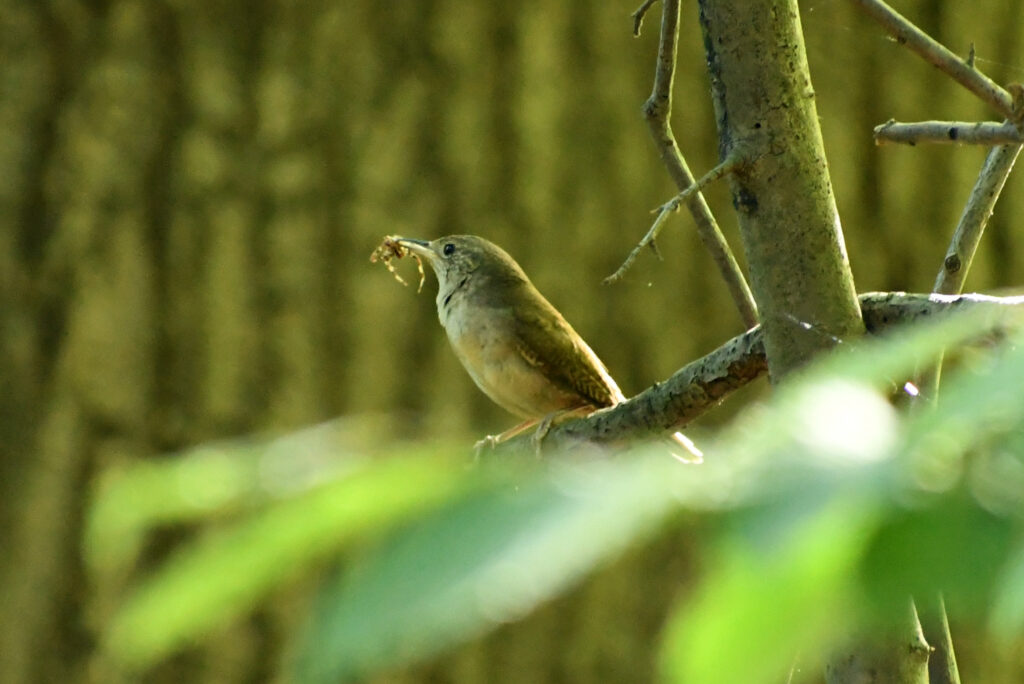 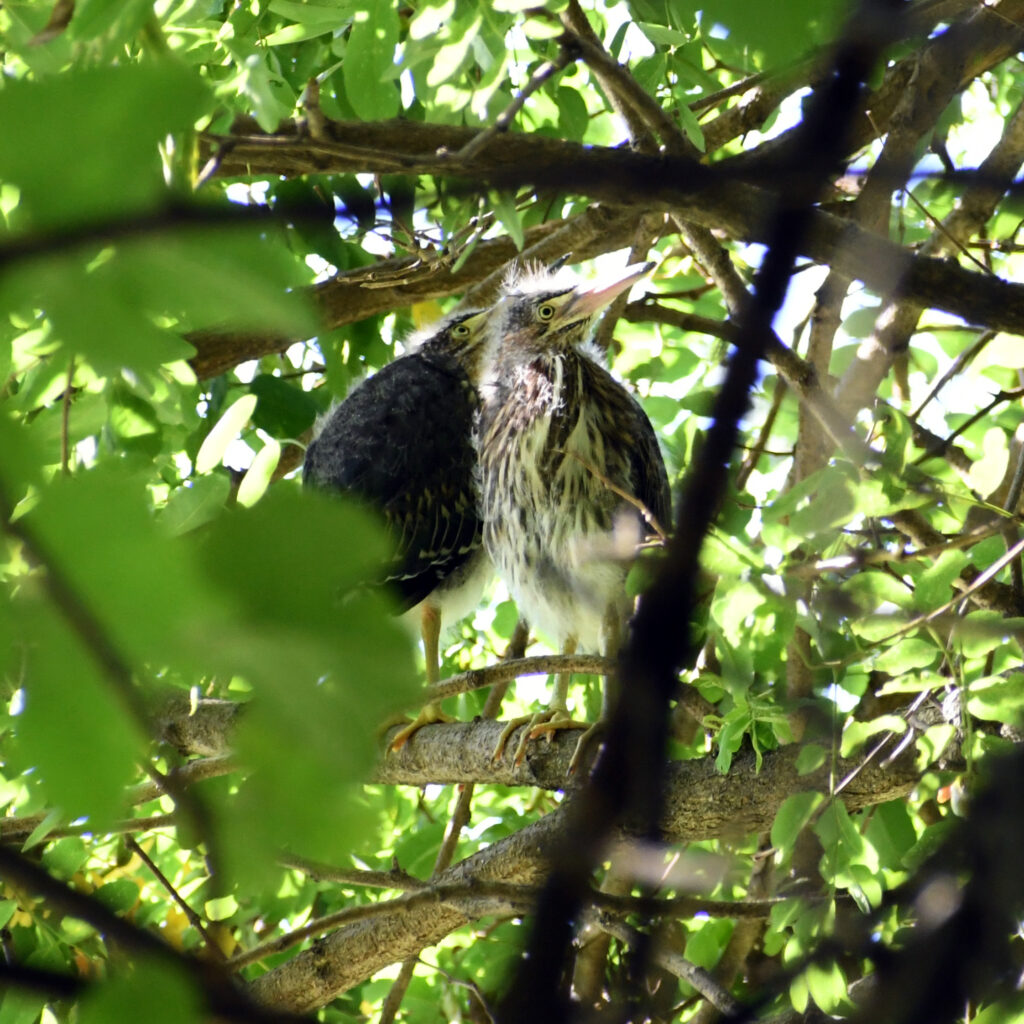 When I checked in on the three green heron fledglings, I saw two of them hanging out a few trees away from their nest. 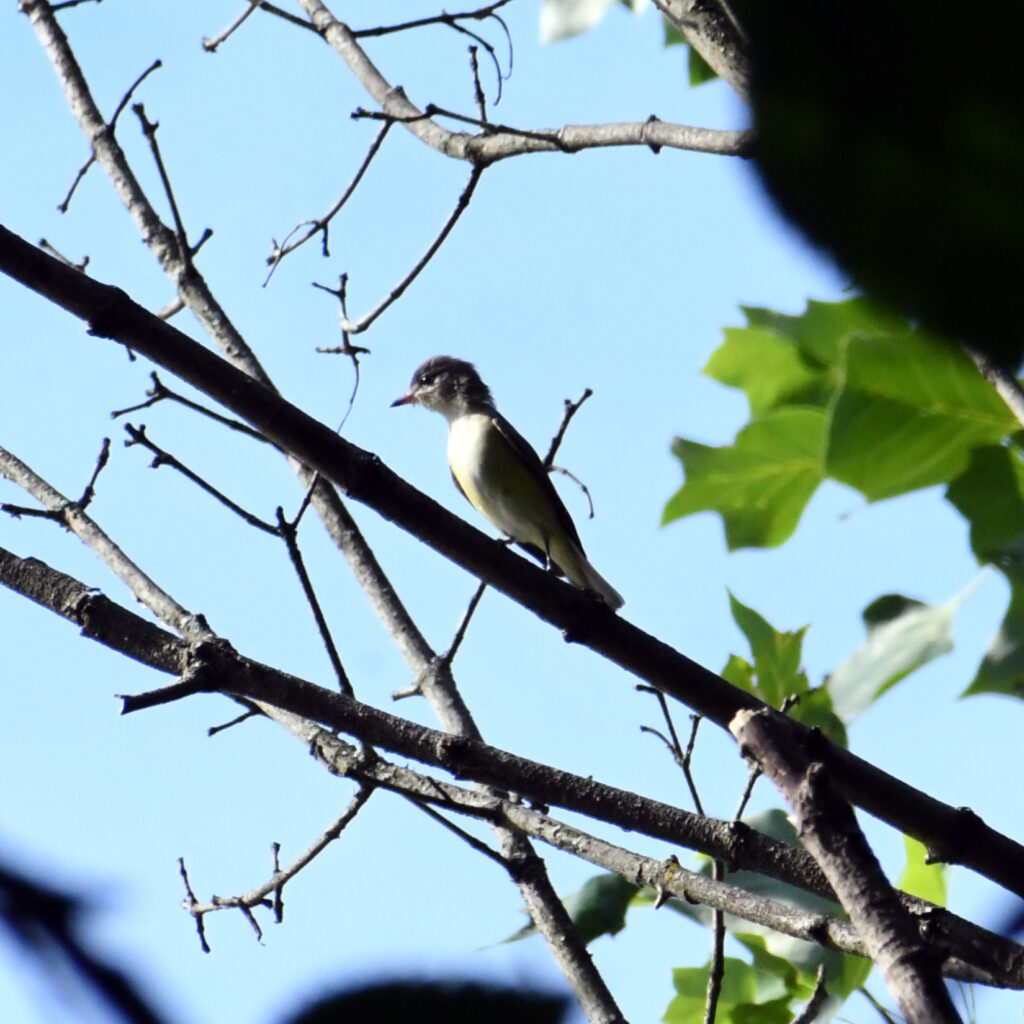 This is a bird I’ve had trouble identifying before. In another shot, a bit of yellow is visible along the sides of its belly, and it’s clearer that there’s a dark stripe across its eye. I think it’s a warbling vireo, but I’m not sure!