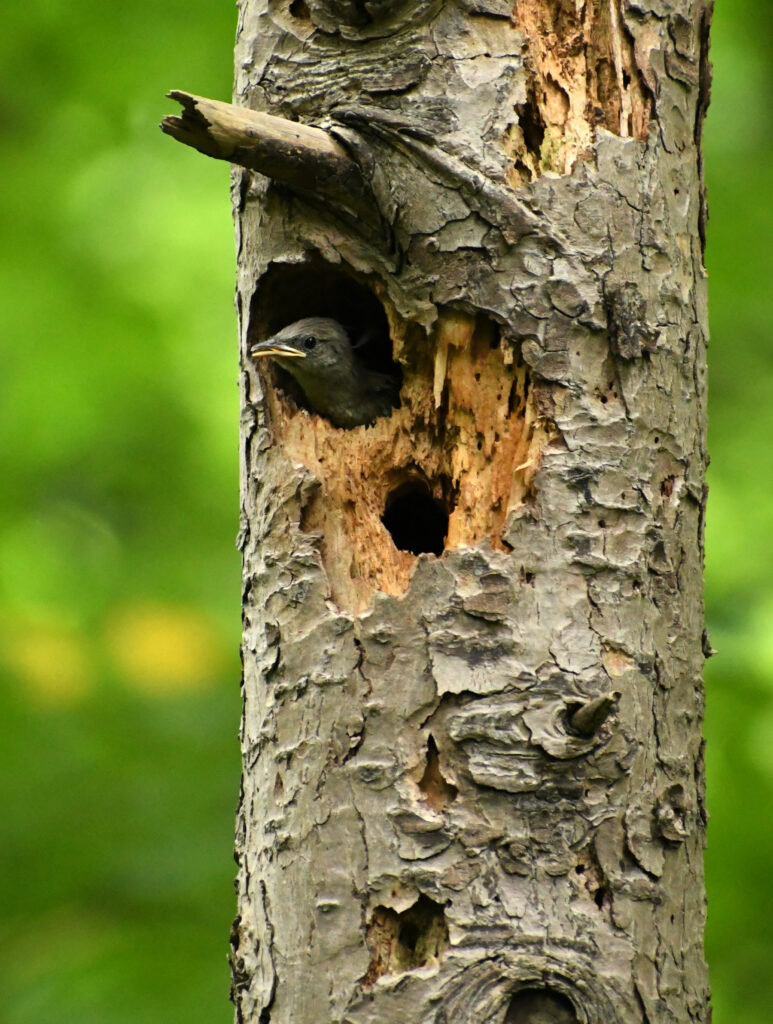 The house wren nestlings are big enough now to poke their heads out of their tree hollow. For as long as I was standing nearby, pointing my telephoto lens in the nest’s direction, the parent scolded me fiercely and refused to approach the nest, and the nestlings, probably acting on orders, did not show themselves. Once I crouched down, however, I seem to have become non-threatening, and parent and nestlings relented. 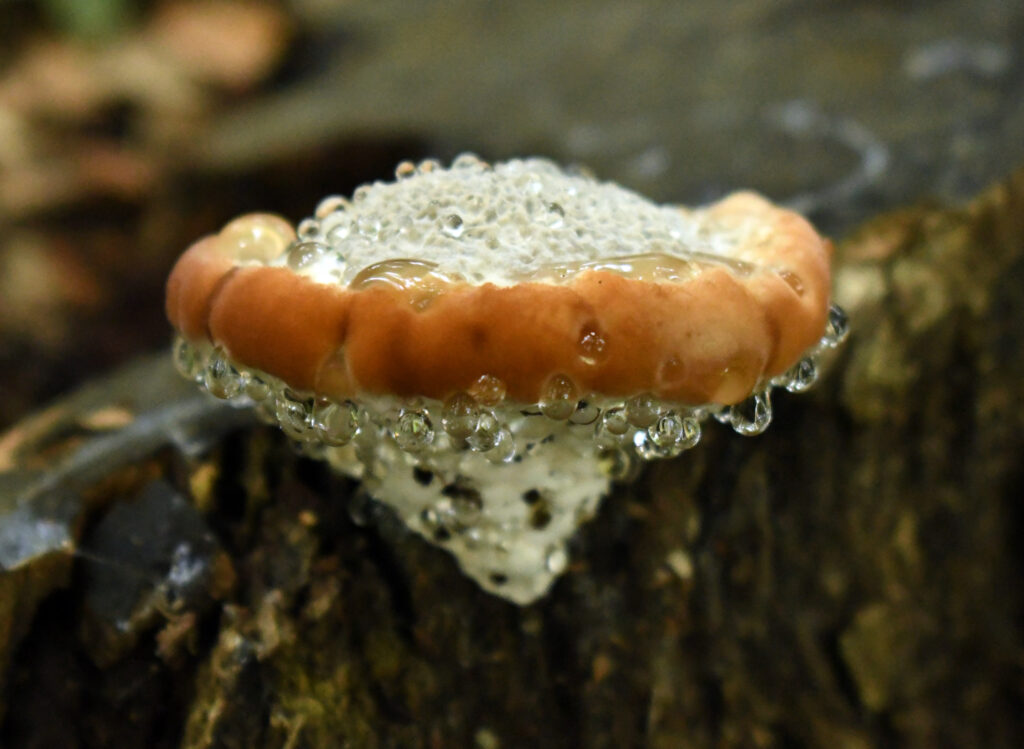 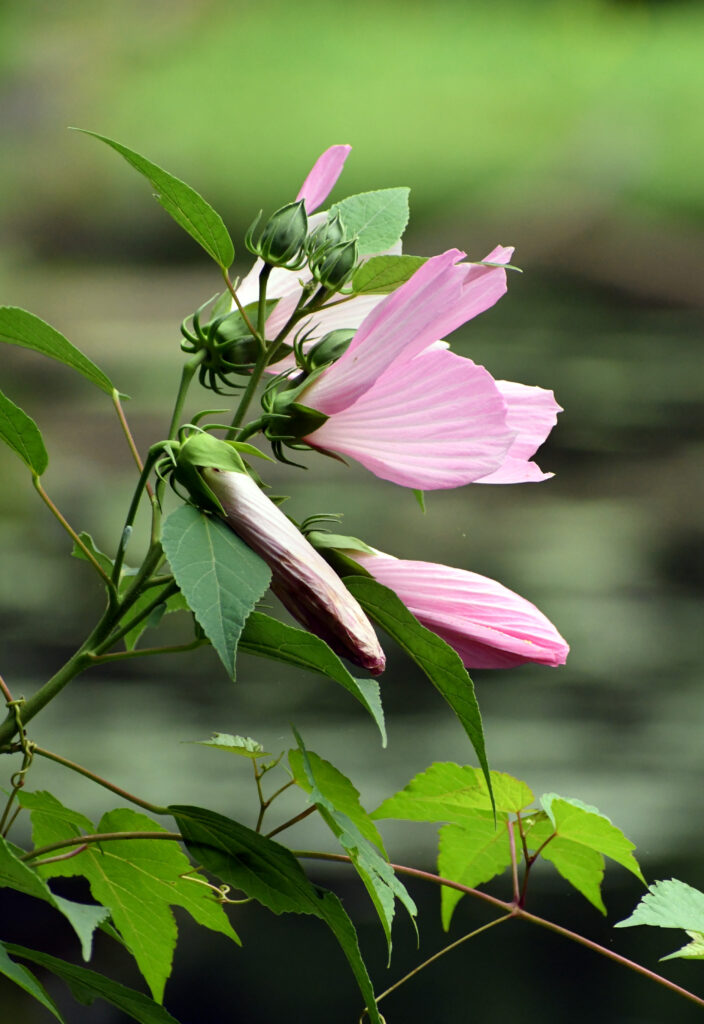 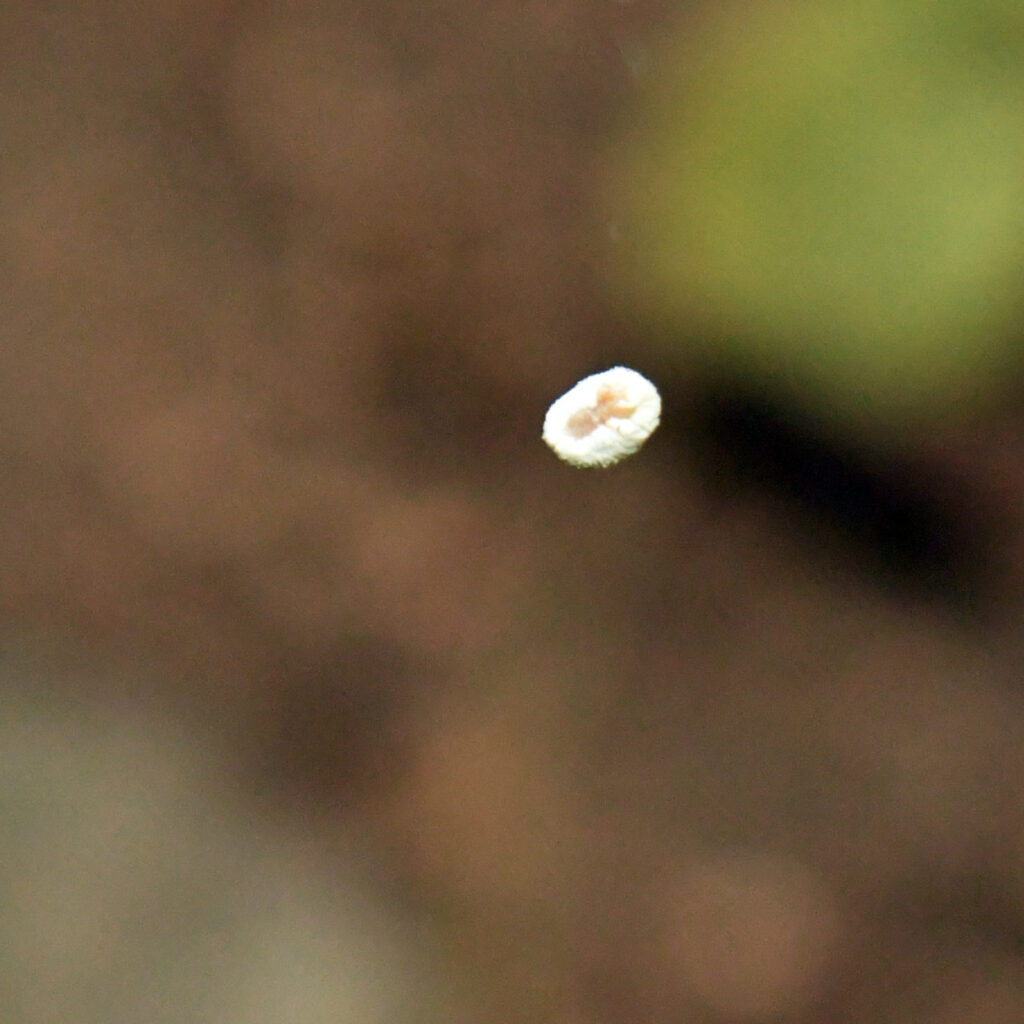 On the last leg of our walk, I noticed this tiny white object, smaller than an aspirin and shaped like a little cup, floating a few feet off the ground. It was moving more freely than would have been possible if it had been a part of a leaf caught in a web, and while I was trying to photograph it, several people walked by—a man and his dog, and then a couple out for a stroll—and between us, especially with me leaning over the object from all angles, we would have severed the web filament, or got caught in it, if that had been cause of its suspension. It wasn’t flying, exactly. It wavered a little bit this way, then a little that way. Whenever it approached the ground, it always rose again before hitting it. It was too small for autofocus to catch it, so I switched to my close-up lens, which is a little easier to focus by hand. The photo above was the best I managed to take. In the next photo, the object had come too close for me to be able to focus even with the close-up lens, and when I pulled my eye away from the viewfinder, I saw that it was approaching me, steadily. I took a step back. It kept coming. I stepped back again, turning as I did so; it continued to follow. I took a few more steps back and batted it away with the back of my hand, noticing, as I did so, that although it was light, it was solid, made of a delicate but stiff material. It veered away, looped, and headed back toward me. I—well, I screamed, sorry, and batted it away again. Again it swam away and then circled back—at which point I ran, tugging my lame dog after me, because it was clearly either an alien seed pod looking to implant itself in my skin or the larva of a parasite that was going to burrow into my heart or a nano drone intent on neutralizing me for having been foolish enough to have documented it. After about ten yards, I felt a little silly, and sort of wished I had let it land on me, but the fact is I didn’t go back and look for it again.