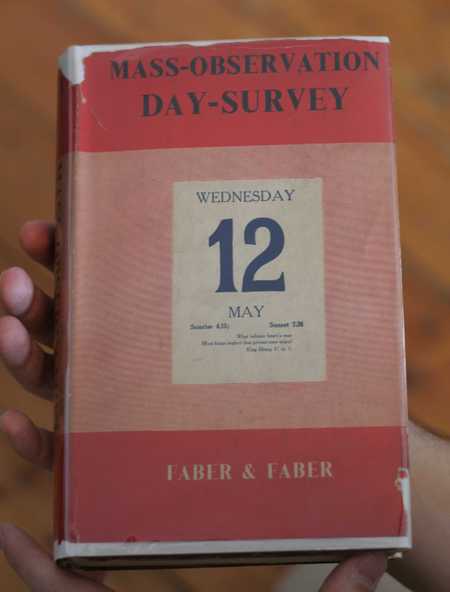 My article “Surveillance Society: The Mass-Observation Movement and the Meaning of Everyday Life” is in the 11 September 2006 issue of The New Yorker. Herewith a few acknowledgments and extras (as usual, what follows will make more sense if you read the article first). . . .

My foremost debt is to the book under review, Nick Hubble’s Mass-Observation and Everyday Life: Culture, History, and Theory (Palgrave Macmillan, $85) (table of contents and sample chapter here). I also owe a great deal to two biographies, both of which are great reads: Judith M. Heimann’s The Most Offending Soul Alive: Tom Harrisson and His Remarkable Life (University of Hawaii Press, $26.95) and Kevin Jackson’s Humphrey Jennings (Picador, £19.80).

Mass-Observation itself is still around, or rather, is around again. As Dorothy Sheridan, Brian Street, and David Bloome explain in Writing Ourselves: Mass-Observation and Literacy Practices, it was revived by the University of Sussex in time to recruit day-surveys for the 1981 wedding of Charles and Diana, and the project is ongoing. You can explore the archive here; they also have a wonderfully comprehensive bibliography. The webpage of the reincarnated Mass-Observation specifies that they are “currently only recruiting male writers aged 16-44 living in all regions of the UK except the South East and South West,” but if you meet those criteria, you can enlist here.

The genesis of my article is unusually ancient. When I was in college, I found a copy of May the Twelfth (photographed above) in a used-book store and couldn’t figure out what it was. Since it only cost $8.50 and happened to be signed by Margaret Mead (a fact the bookseller helpfully glossed, in case would-be purchasers couldn’t read her handwriting), I bought it. 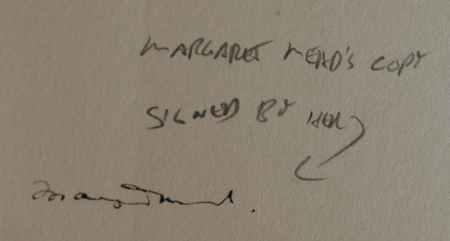 It wasn’t until more than a decade later that I read May the Twelfth and looked into who and what Mass-Observation were, and then, when I noticed Hubble’s book was coming out, suggested the idea to my editor.

The city of Bolton, which Mass-Observation referred to in print as “Worktown,” to give it a modicum of privacy, seems to have embraced the M-O legacy. The Bolton Museums Art Gallery and Aquarium has made scores of Humphrey Spender’s documentary photographs available in an online exhibition, Humphrey Spender’s ‘Worktown.’ Here, for example, is the supposed ex-cannibal Tom Harrisson shaving himself, using a dish as a hand-mirror, in the tumbledown M-O office at 85 Davenport Street (the one that stank of fish and chips), and here are a few men drinking in a Bolton pub. It’s hard to see the quality of Spender’s photos from these online samples; for that, Deborah Frizzell’s Humphrey Spender’s Humanist Landscapes: Photo-Documents, 1932-1942 is well worth the $45 price tag.

The easiest way for an American to see Humphrey Jennings’s films is by purchasing or renting Listen to Britain and Other Films (Image Entertainment, 2002), which is in the NTSC coding compatible with U.S. televisions. Unfortunately, Spare Time, the film I discuss in my article, isn’t included and is rather hard to track down. (The Museum of Modern Art’s film library arranged a screening for me, for which I’m incredibly grateful.) A few minutes from Spare Time appear in Rebecca Baron’s How Little We Know of Our Neighbours (49 min., 2005), a meditative documentary on Mass-Observation and on the nature of surveillance in society today, so try to catch it if screens at a festival near you. Baron’s film also features interviews she conducted with Humphrey Spender not long before he died—a real treat. (If you’re British—or rather, if your VCR and television are—you could see Spare Time on the British Film Institute’s video Britain in the Thirties and Jennings’s other films on The Humphrey Jennings Collection (Film First, 2005), both encoded in PAL. (Note: I haven’t viewed these last two titles, since my television is confiningly American.) Finally, the Criterion Collection has included Listen to Britain, one of Jennings’s wartime documentaries, on its DVD of A Canterbury Tale.

You can hear a Wurlitzer band organ playing an early 1939 performance of “The Lambeth Walk” from a paper roll on Gary Watkins and Matthew Caulfield’s online catalog of Wurlitzer music rolls. You can hear the American singer Eddie Cantor’s version here. The chorus in Spare Time who sing Handel while they help their pianist take off her coat are singing “Ombra mai fù.” I can’t seem to find a free 1930s version this morning, though Enrico Caruso does sing it; here, instead, is a cello-andano arrangement from 1908, taken from the Cylinder Preservation and Digitization Project.

7 thoughts on “Mass-Observation in The New Yorker”