Just came home from Václav Vorlíček’s Kdo chce zabít Jessii? (1966), or “Who’s Trying to Kill Jessie?” (not “Who Killed Jessie?” as it’s mistranslated in some of the program notes). It’s bouncy and lightly absurdist, like Zazie dans le métro, and has an allegorical condemnation of totalitarian socialism so flagrant that it’s hard to imagine how it got past even the wilting censors of late 1960s Czechoslovakia: a lady scientist has devised a serum that will improve workers’ productivity by removing unruly elements from their dreams. The unintended side-effect, however, is that these unruly elements then materialize in the waking world, where they are provokingly curvaceous, steal the milk bottles of infants, and bite the plumbing.

But before she injects her husband, who to her dismay does not dream of her, the lady scientist first injects a cow. The cow’s dreams are visible on a large cathode ray tube (prefigurations of Minority Report). Before: the cow in a nightmare is stung by gadflies and dances herky-jerkily across a pasture. After: the same cow is rocked in a hammock, munching on flowers, while a string ensemble plays Handel. Among the scientists invited to witness the experiment is a supposed Brazilian, but in fact, when the Brazilian speaks, his voice is recorded Czech, played backward. It’s just one of the movie’s silly, throwaway jokes, but it felt a little uncanny, because the “Brazilian’s” gibberish is translated by one of his colleagues as a question about the integrity of dreams, and the whole sequence—a dream, recorded speech played backward, speculation about the fragile border between reality and dreams—reminded me of the “Red Room” scene in the first season of Twin Peaks. It would be a rather esoteric source, but I wonder if Lynch ever saw it.

Last week we went to hear Paul Berman expound the ideas contained in his new book Terror and Liberalism, and last night we went to see X2: X-Men United, and the two culture products have become hopelessly entangled in my brain.

You see, Berman believes (I summarize his summary, not having read his book yet) that liberals tend to underestimate the nastiness of the enemies of liberalism, because liberals believe as a matter of principle that people should be given the benefit of the doubt and trusted to act rationally, even if they hate you. But from time to time, groups of people fall prey to a kind of political disease, with distinctive symptoms: anxiety that the group is impure and is being weakened from within, fear of overwhelmingly powerful outsiders who want to destroy the group, an idealization of murder and suicide, and a wish for a utopia that will at once revive an edenic past and instantiate a way of life so modern that it has never been seen before on earth. This disease has taken the forms of Nazism, fascism, Soviet communism, and now Islamism and Baathism. It is also more or less the plot of X2.

In the movie, it’s the United States that has this political disease. And Charles Xavier, the mild and paternal leader of the mutants, is, like Berman’s liberals, incapable of responding to the antiliberal danger with prompt and appropriate force. Because Xavier fails, antiliberalism rises up within the mutant community.

The script must have been written after 9/11. Are the mutants a fantasy identification with the international Muslim community? They’re different, they’re a rising power, some of them already live in our country, some (but not all) of them seem to want to wipe us out, and we’ve declared war on them in response — so what does it feel like to be them, anyway?

And yet it’s too simplistic to interpret the mutants as Muslims, because upon reflection, they’re just gay. They spend their childhoods having the occasional funny feeling, but otherwise unsuspecting of their identity, until suddenly, in adolescence . . . A few further pieces of evidence: the ice-breath boy has tried making out with his girlfriend, but whenever he kisses her, it feels like his life force is draining away and he’s about to die. When Mystique is asked why, since she has the power to resemble anyone she pleases, she insists on walking around as a demonic piece of Alessi kitchenware, she hisses flutily that mutants shouldn’t have to pretend, even if pretending is something they’re good at. Ian McKellen tells a sulky young thing “You’re a god among insects, and don’t let anyone tell you otherwise,” and it is clear at once from the wooziness in the boy’s eyes that he would be willing to hold hands at the next Academy Awards. 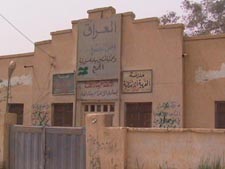 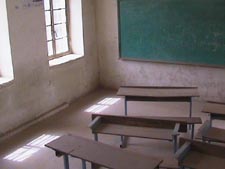 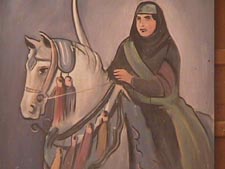 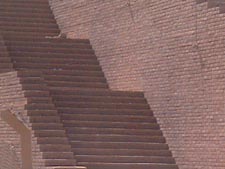 I’ve been reading Edmund Wilson’s analysis of how well Karl Marx’s social theories suited his psychological needs as an ambitious writer who was chronically broke and less than honest with himself about money. Wilson: “If you choose to work for humanity, if you will not write for money, why then you must make other people earn it for you or suffer and let others suffer, because you haven’t got it.” Ouch.

I was reminded of a half-baked idea that occurred to me while I was living in Prague, a dozen years ago, when socialism had been so recently overturned that capitalism had not yet set in. It seemed to me then that for a struggling writer, socialism was in fact an awfully convenient arrangement. Under capitalism, a writer who is not (yet) a great success is subject to doubts and slights that force him to wonder if he wouldn’t be better off if he gave up his abstract ambitions and settled on something practical. If he makes the experiment of taking a job, however, he discovers that for him there are two sorts: the intellectually untaxing ones, which pay poorly and to which an unspoken but persistent discredit is attached (surely people think less of him for failing to challenge himself), and the taxing ones, which leave him no time and energy to write anything serious.

Under socialism, though not quite for the reasons that its designers intended, he faces no such choice. The intellectually taxing jobs do not pay very much more than the untaxing ones, and what’s more, they are complicit with a totalitarian regime and therefore have only a negligible social prestige. So he is free to take an easy job and work at it lackadaisically, reserving his strength for his writing. The catch, of course, is that under socialism, no great success awaits any talent, no matter how exceptional, and so the writer will probably treat his art as a hobby in the end. And then there is the problem of free speech, which some writers stickle at. People with no interest in writing, forced to live under a system that spares writers the humiliation of being so much more poorly dressed than everyone else, in fact do resort in large numbers to hobbies in order to find happiness—collecting, gardening, drinking, adultery.

Of course there were many things about socialism worse than its overindulgence of the brittle narcissism and unresolved dependency issues of aspiring writers. But if only Marx could have been treated by Kohut. . . .

En route to the subway this morning, I passed a storefront under renovation, where a crew was installing one of those metal security grilles that scroll up like a window blind. About a dozen stuffed animal toys were attached to the radiator of their truck: a few Warner Brothers characters, but for the most part anonymous and sweet-looking. I’ve always been curious about these stuffed animals on trucks. A friend once told me that they were called “mungo,” but I’ve never spoken to anyone who could confirm that. They look playful, but what kind of play? Are they meant as mascots? Trophies? Victims? Pets?

An attractive Latina with dyed-blonde hair in a brown-and-white-print summery dress crossed the street, and one of the men wolf-whistled at her. His co-workers joined in, but she paid no attention. The man who started the whistle seemed to be at loose ends with the lack of response, and he turned to the stuffed animals and fiddled with them. They must have been attached to the radiator only loosely, because he swiveled several of them, straightening them so that they stood upright and face forward.