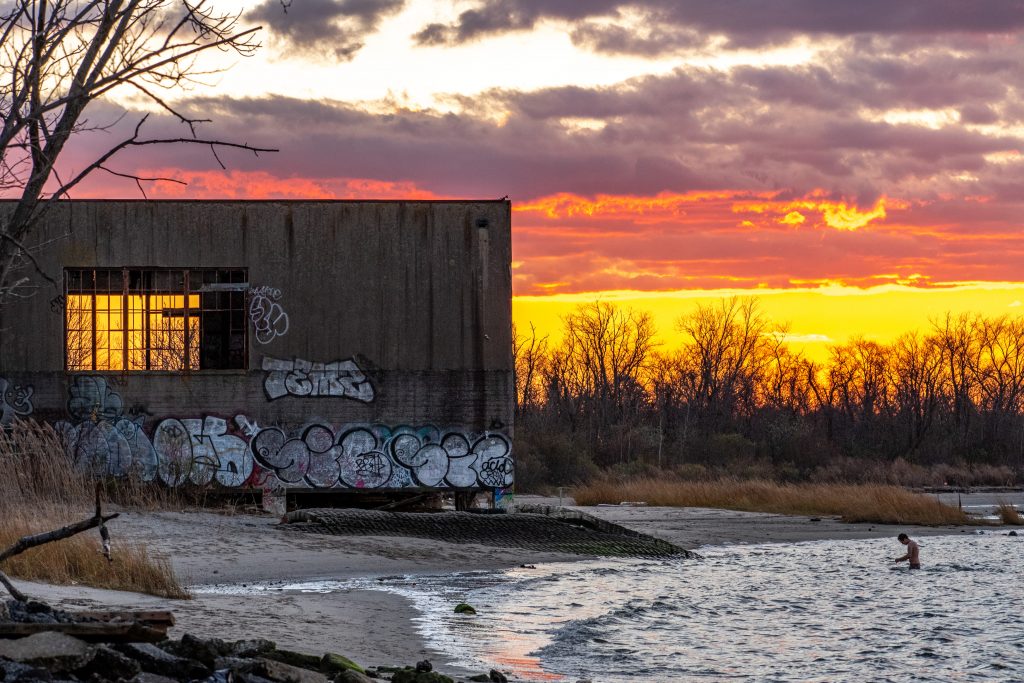 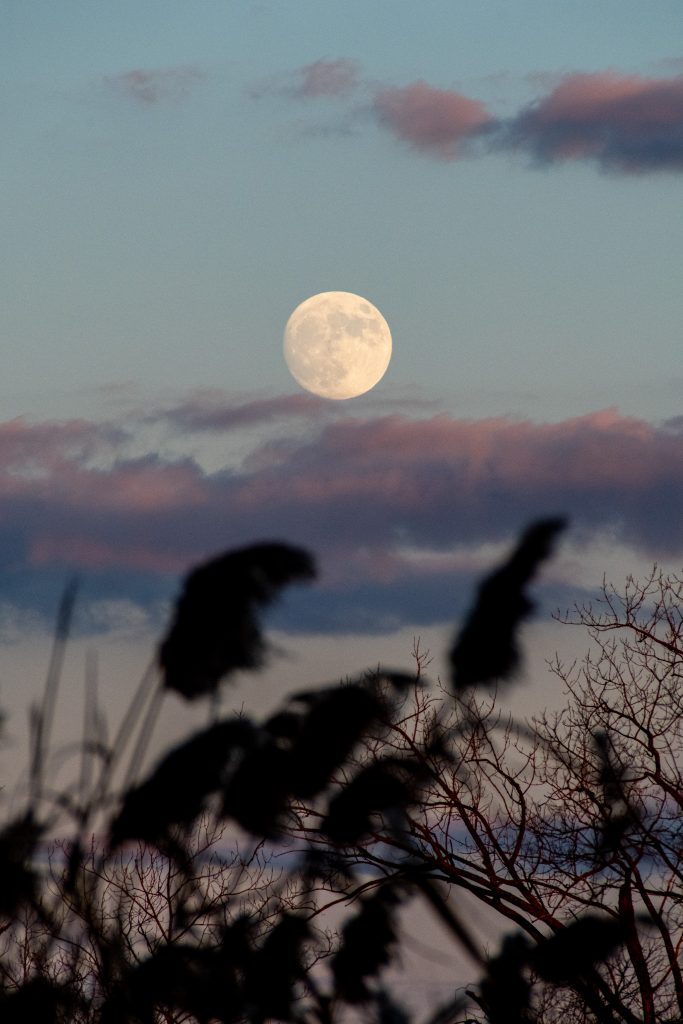 Saw scarcely any birds, but there was sunset and moonrise. 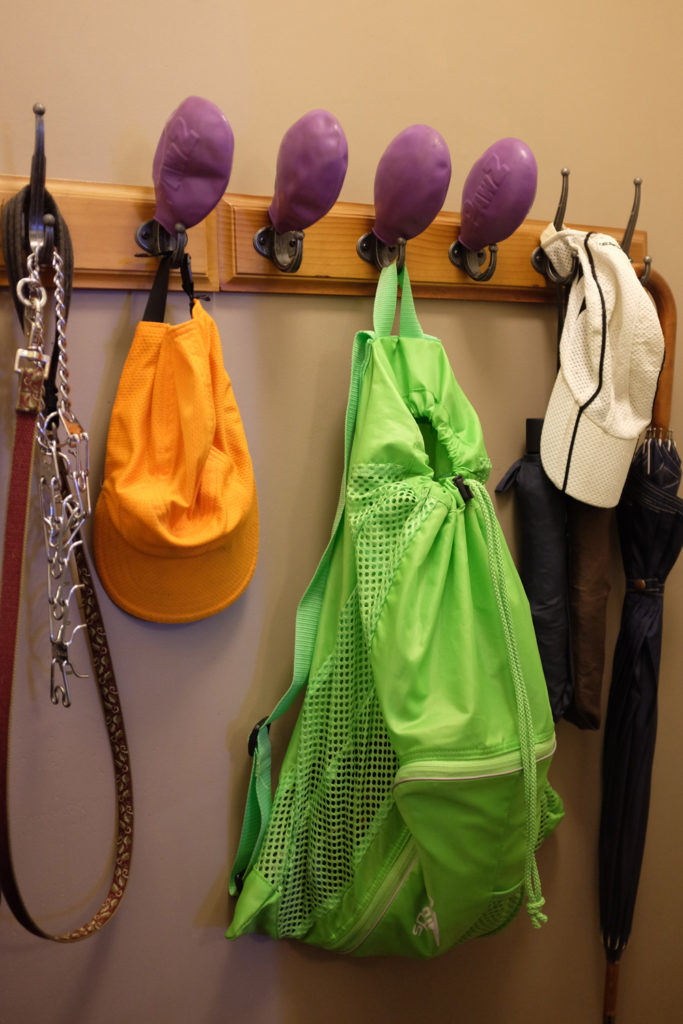 Yesterday, on lap twenty-five, I strayed into thinking about why the fraction one quarter is written in decimals as 0.25. I had always assumed that the way fractions appear in decimal form is more or less arbitrary, but yesterday, maybe because I was swimming, and therefore thinking about my hands at the same time that I was thinking about decimals, it started to seem a little suspicious to me that one quarter, when written in decimals, should take the form of five times five—and especially suspicious given that humans ordinarily write their numbers in the decimal system (a ten-based system—that is, with ten numerals, 0 through 9) in part because they have five fingers on each hand, and two times five equals ten. Is one quarter a special fraction? Is it a coincidence that one quarter, in decimals, looks like five squared?

I couldn’t figure it out while swimming, but this morning, while walking the dog, I tried again.

Then here’s another way of asking my question: what does the fraction 1/4 look like when expressed in “decimals” in a b-based system?

Not a coincidence, in other words. It’s because humans have five fingers, and because they write their numbers in a system based on ten, which is five times two, that the fraction 1/4 is expressed by the square of five when written in decimals.

You can generalize in another direction, too. If you look at the fraction 1/8, and notice that 8 is the cube of 2, you’ll see that its expression in decimals is 0.125, or 5 cubed—not a coincidence, either.

What if humans had h hands, instead of just 2, and counted in a system based on b = h x f? It would still be the case that the fraction 1/h2 will be expressed as f2 in b-decimals. For example, if humans had three hands and four fingers on each hand, and therefore chose to count in twelves, the fraction 1/9 would take the form 0.1412, and it wouldn’t be a coincidence that 9 is the square of 3, and 1412 (a.k.a. 1610) is the square of 4.

I don’t know how a three-handed human would swim, however.