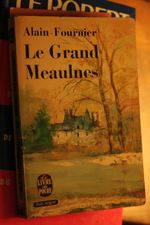 In The Magician’s Book, her lovely, impassioned account of the Chronicles of Narnia, my friend Laura Miller suggests that the magic of C. S. Lewis’s books may owe more to medieval than to modern sensibilities. She points out that in his scholarship, Lewis defended medieval literature from the condescension of twentieth-century critics, who sometimes saw it as crudely allegorical. In fact, Lewis insisted, it was these critics’ understanding of medieval allegory that was crude. Writes Miller:

What made allegory powerful, and in Lewis’s eyes “realistic,” is that it was a sophisticated way of representing the inner lives of human beings at the time the great allegories like The Romance of the Rose were written. Though we now take for granted the notion of psychologically conflicted characters (who are “torn” or “divided” by forces contained within their own hearts and minds), the medievals didn’t have an artistic and conceptual toolbox quite like our own. Instead of imagining each person as possessing a complex interior mental space full of warring impulses, their picture of character was more external. So for them the natural way to portray what we would regard as a debate within a person’s psyche would be to write a passage in which a figure labeled (for example) Reason stands in a garden quarreling with a figure called Passion. . . . In a true allegory, where aspects of a woman’s personality are made to walk about and otherwise behave like independent people, the woman herself—the territory on which the conflict is being played out—becomes a physical space, a plot of land. The medieval self is, in this sense, geographical.

In later chapters, Miller suggests that Lewis’s Narnia books are romances, not novels, and belong to an alternative tradition that includes not only J. R. R. Tolkien and William Morris but also Dante, Thomas Malory, and Edmund Spenser. After crediting the critic Northrop Frye for the categories, Miller writes that “Most romance . . . belongs to youth and speaks to the desire to get out in the world and prove oneself, which may be why the form proliferates most luxuriantly and in some of its purest strains in children’s fiction.”

Recently, I read a book that turned out to be a romance, though I wasn’t expecting it to be one. When I began Alain-Fournier’s Le Grand Meaulnes, first published in 1913, I thought it was going to be about French schoolboys. The narrator, François Seurel, opens by looking back to a November day in the 1890s when he was fifteen years old and studying to earn his teaching certificate at a school where his father was headmaster. In describing the day that a new boy arrived at the school, Seurel’s tone is wistful, a little melancholy:

He arrived at our house one Sunday in November, 189…

I still say “our house,” even though the house no longer belongs to us. We left that part of the country almost fifteen years ago and we will surely never go back to it.

The new boy’s arrival coincides with Seurel’s recovery from a childhood hip disorder, which all but crippled him and left him shy and quiet. The new boy, Augustin Meaulnes, is in perfect health and is two years older than Seurel. Because of his height, the boy is soon to be nicknamed by his classmates “le Grand Meaulnes,” Tall Meaulnes (which sounds more cryptic in English than in French, and so in English the book either bears its French title or another one altogether). Meaulnes is also a little wild. Even before Mme. Meaulnes has settled with Seurel’s parents on the terms for boarding her son, Meaulnes finds in the Seurels’ attic two as-yet-unexploded fireworks and detonates them in the schoolyard as Seurel stands by. Seurel describes himself as “holding the tall new boy by the hand and not flinching.” Meaulnes, who reminds Seurel of a young Robinson Crusoe, is to be his guide into risk and adolescence.

Such a commencement doesn’t necessarily promise romance in C. S. Lewis’s sense of the word. The story of a mild boy looking up to a bolder one could be told novelistically, with a very modern psychology. But even in these opening chapters, it’s evident that Alain-Fournier isn’t a psychologist of that sort. Seurel describes his crush on Meaulnes without any embarrassment; he isn’t in any conflict about it. Nor is Meaulnes in any conflict about his wildness. He never apologizes when he breaks the rules set by Seurel’s father; he certainly never shows any signs of feeling guilty. For their part, Seurel’s parents are never petulant about Meaulnes’s behavior. Everyone treats everyone else with a kind of plainness and straightforwardness that is probably the first sign that this is a romance and not a novel. The second sign comes when Meaulnes runs off one day with a horse and carriage, becomes lost in the countryside, and, following a stone tower, stumbles into a ruined castle where he is invited to join a strange pageant, performed entirely by children . . .

To say much more would give too much away. The charm of the book is that it moves from realism to romance (and back again) without acknowledging any incommensurability between the genres. The people that Meaulnes finds in the castle are human; the bewitchment of the place is not by magic but by a kind of family history. But if, as Miller writes, “the medieval self is geographical,” then Meaulnes’s self is medieval, and so is Seurel’s, because the two boys will struggle with their geographic knowledge of the castle, or rather geographic ignorance of it, for the rest of the book. As in Lewis’s romances, all the characters find doubles, and in some cases triples. These doubles aren’t named Reason and Passion, or Childhood and History, or Wealth and Poverty, but they have the same internal simplicity and interactive complexity that Lewis, in Miller’s paraphrase, credits to allegory. By the end, there is nothing childish about the story at all, except insofar as the tragedy of adult love is one first perceived in childhood.