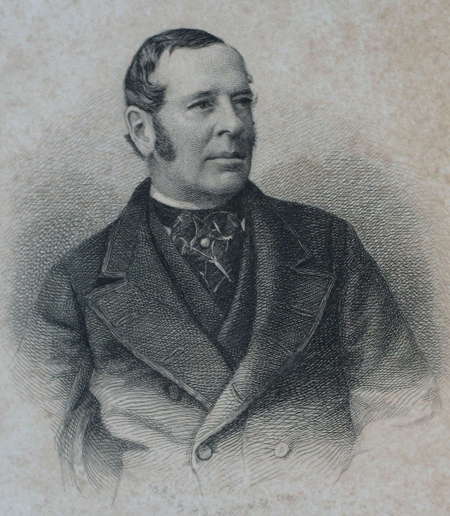 In late 1851, Henry Wikoff was an American, a bastard, a spent-out heir, a former would-be newspaper mogul, a former theatrical impresario, and an about-to-be-fired secret agent for the British government. He was also a fortune-hunter, trying desperately to convince a woman named Jane Catherine Gamble to marry him—so desperately that when she lost interest, he kidnapped her. Although he went to jail for the crime, he managed, once free, to spin the experience into a surprise best-seller. Deceit, pistols, chloroform, sexual scandal, sexual ambiguity, manipulation of the mass media, women's rights, a racy trial transcript, inadvertently revealing quotations of Shakespeare, one of the first-ever American comic books, and an attestation of the phrase "confidence man" at least one year prior to any previous scholarly attestation of the phrase. The Wikoff-Gamble story has it all, and so I've made a short YouTube video about it, starring Kevin Spacey and Helen Mirren.

Oh, wait. No, actually, it seems that what I did was that I wrote a scholarly article about it, instead. Well, that's nearly as exciting, no? I mean, you aren't the sort of people who would click on a link to a YouTube video but avoid a scholarly article?

For the record, by the way, you're getting this at an incredible price point. A subscription to American Literary History costs $55, and a single issue of the journal $17. And you're getting it free, by virtue of the secret link to the article that the journal editors sent me. In other words, if you go direct to the ALH website and search for the article, well, first of all you won't find it, because it's not officially published yet, but even if you were to find it, you'd have to pay actual money to read it. Honestly, how often do you get to read a 36-page academic article for free? Plus, there are pictures.

Caleb Crain, "The Courtship of Henry Wikoff; or, a Spinster's Apprehensions," American Literary History Winter 2006 (not yet paginated).

Image (above): Frontispiece of The Reminiscences of an Idler by Henry Wikoff (New York: Fords, Howard & Hulbert, 1880). (my photo of my own copy of the book; feel free to reproduce)

3 thoughts on “His courtship and its consequences”