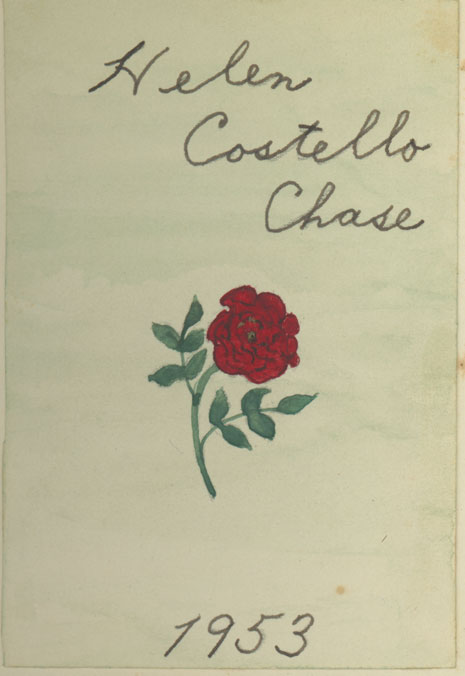 This hand-drawn and hand-painted bookplate is in a copy of Virginia Woolf’s To the Lighthouse that I bought last year. Note the preliminary pencilling, still visible beneath the ink, of both the signature and the flower. Extrapolating from an obituary that I found online, it seems that in 1953, when Helen Costello Chase was nineteen, she was dancing with the Sadler’s Wells Theatre Ballet in London. Later she became a florist and a painter. “Her mode of transportation was not automobile but ballet slipper,” her eulogist declares. 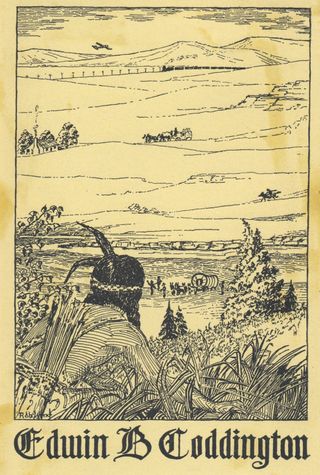 I found this bookplate, unglued but still tucked into the front endpapers, in a history that I spent today reading. The book, which I bought used last week, was published in the 1930s; the Internet tells me that Edwin B. Coddington, its sometime owner, was the longtime chair of Lafayette College’s history department and wrote the definitive history of the Battle of Gettysburg, published in 1968, some time after his death. I like the way the bookplate evokes the idea of American history. I’ve been using it as a bookmark, and I must have looked at it half a dozen times before I had a Sesame Street moment and realized that the Indian and the airplane don’t belong in the same picture.