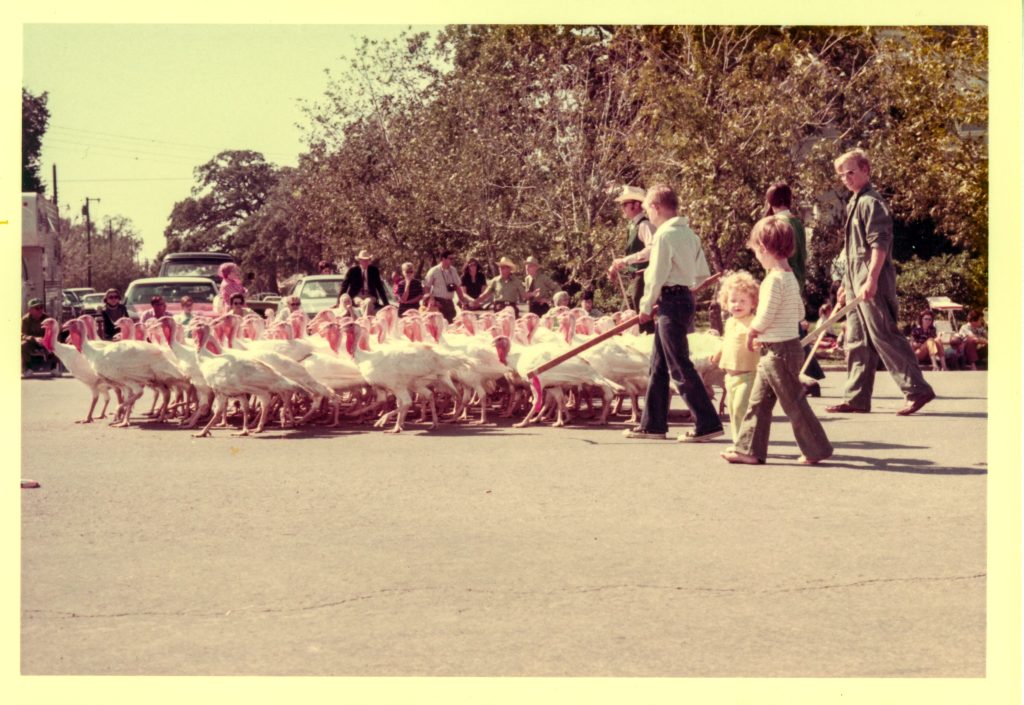 For Thanksgiving, the New York Times has reported an article about how a turkey is the high school mascot in Cuero, Texas—the very small town in Texas that my family on my father’s side is from. The Times recounts that “the bird powered Cuero’s economy” a century ago, and alludes to, but doesn’t quite describe, the Turkey Trot, an annual parade of turkeys through town, which took place every year starting in 1912.

I attended in 1972. In the photo above, I’m the barefoot boy on the right in bellbottoms and a striped shirt; my sister, with voluminous blond curls, is standing beside me. Apparently 1972 was the Turkey Trot’s last year. A great-aunt of mine wrote the script for a pageant that accompanied the parade. Family legend has it that I was offered a role but declined, frightened by the idea of appearing on stage in front of strangers. 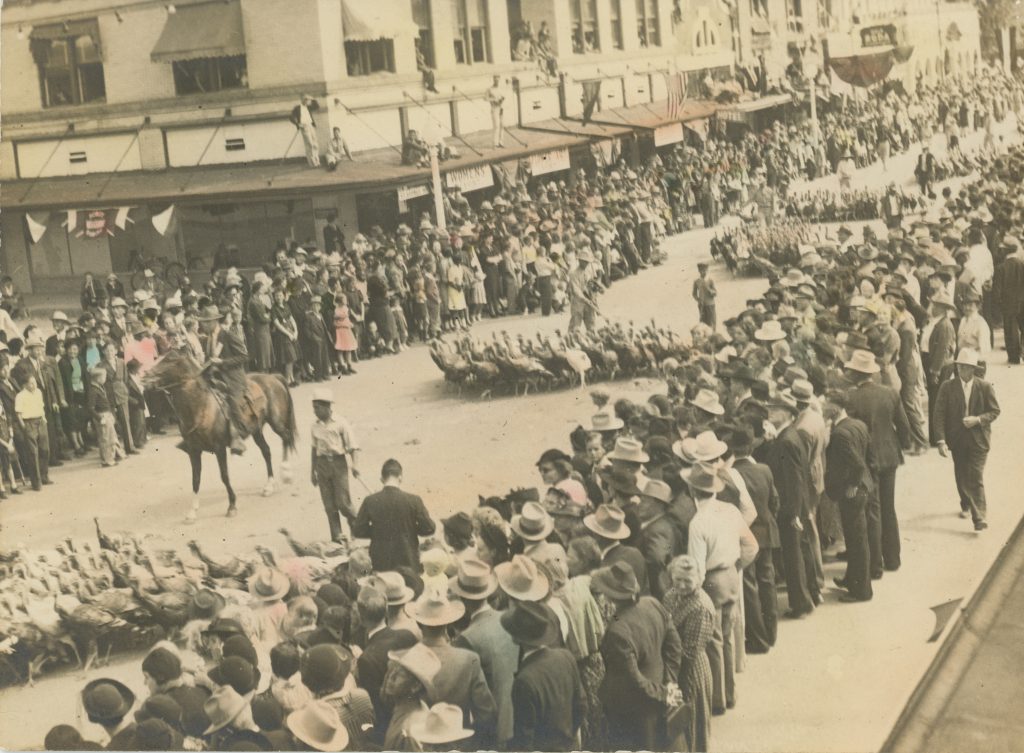 This is a photo of the Turkey Trot that I scanned from the family archive not long ago. I’m not sure when it was taken—maybe the 1920s or 1930s? Note the people watching from on top of the awnings over the Main Street shops, as turkeys swan past. 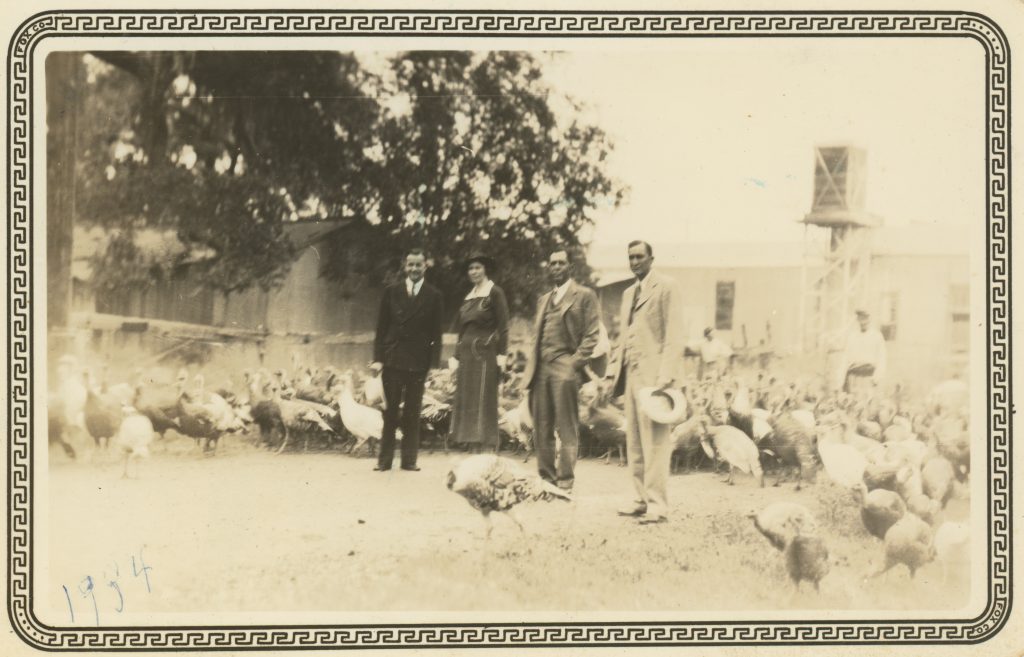 The photo above, with a “Fox Co.” border, is labeled “1934 Turkey Trot” on the back. The man in a suit on the far right is my great-grandfather. Beside him are Texas’s attorney general at the time, a woman identified as Florence Ellis, and the local congressman. 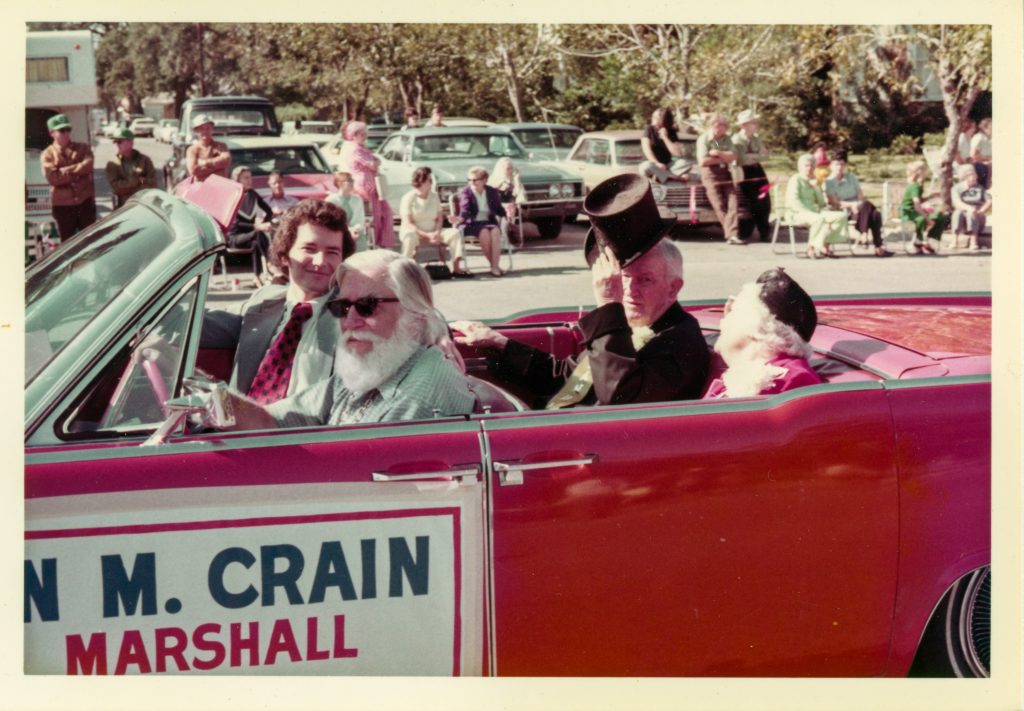 And here’s the same great-grandfather (in top hat), four decades later, in 1972, when he was the parade marshall.