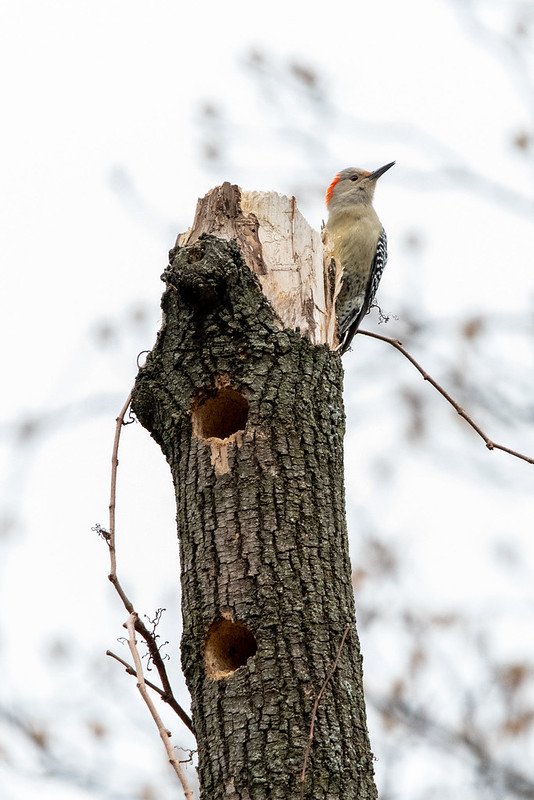 A starling dared to investigate these nest holes bored by a pair of red-bellied woodpeckers, who querulously objected. The starlings moved on, but in the starling way, did not move on very far. 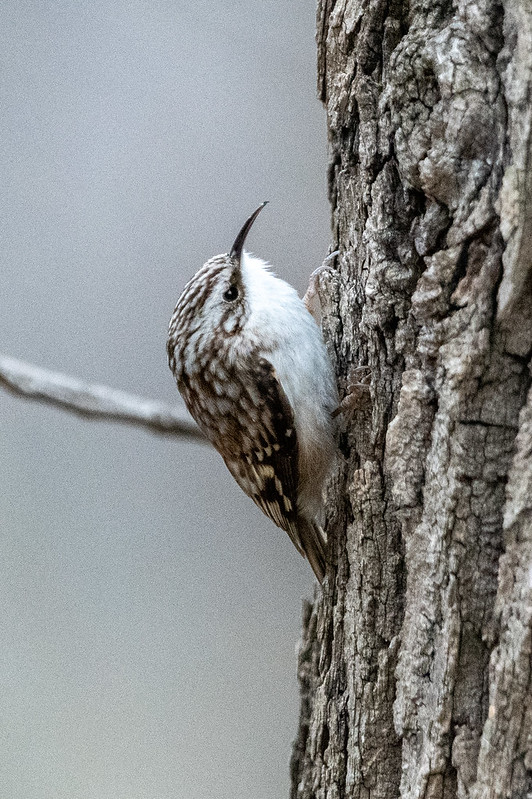 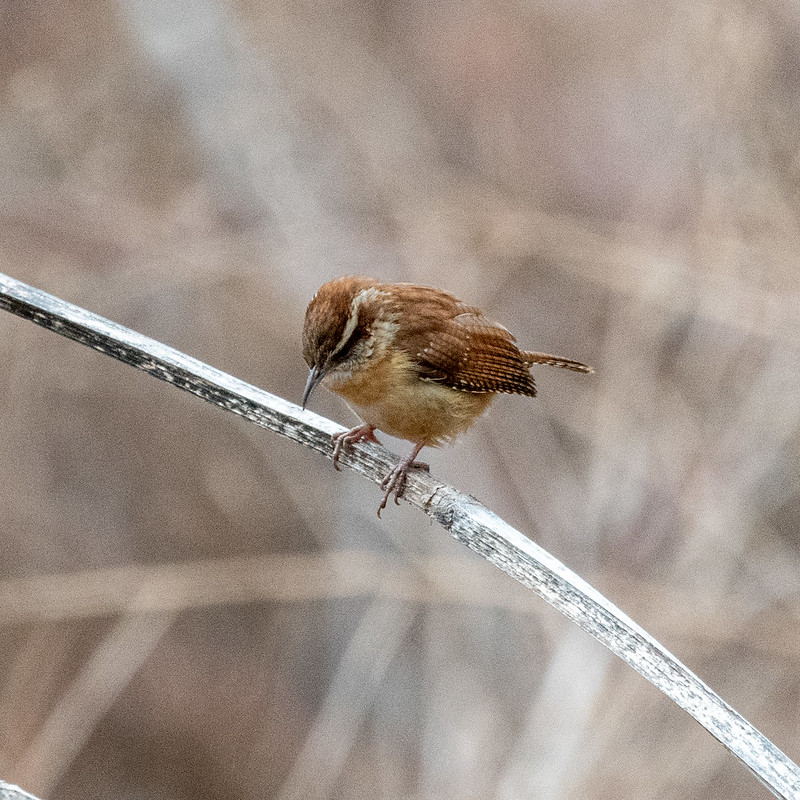 This Carolina wren was singing boldly, while two other wrens nearby, who escaped photography, were answering. 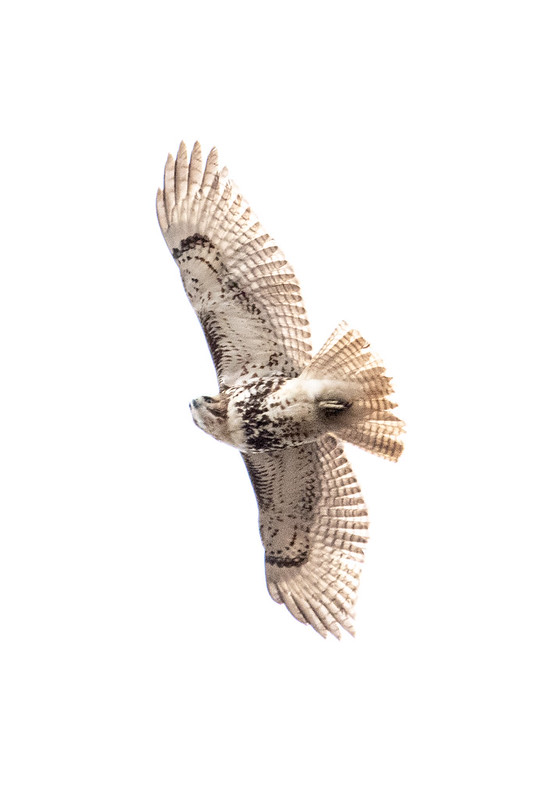 I’ve gotten so used to assuming that what I’m hearing is a blue jay mimicking a red-tailed hawk that I was startled to look up and see overhead an actual red-tailed hawk. In fact, three red-tailed hawks, circling one another. My guess was that courtship and perhaps rivalry had brought them into such close company. 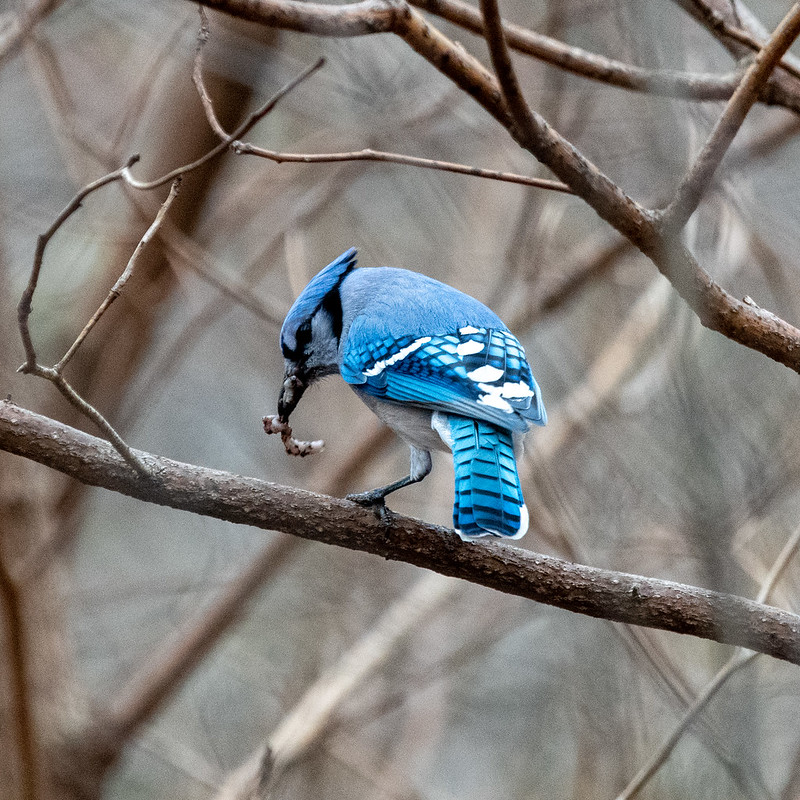 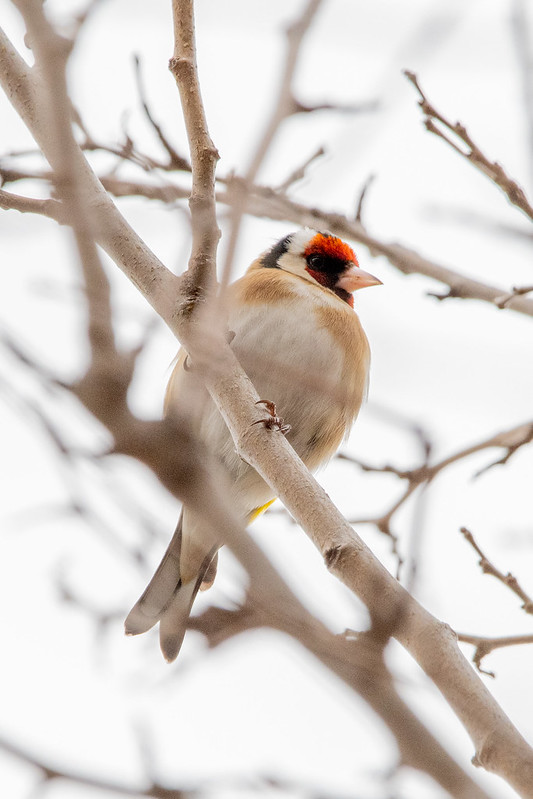 I heard this European goldfinch for several minutes before I was able to spot it above me in a tree, just moments before it flew off with a companion. 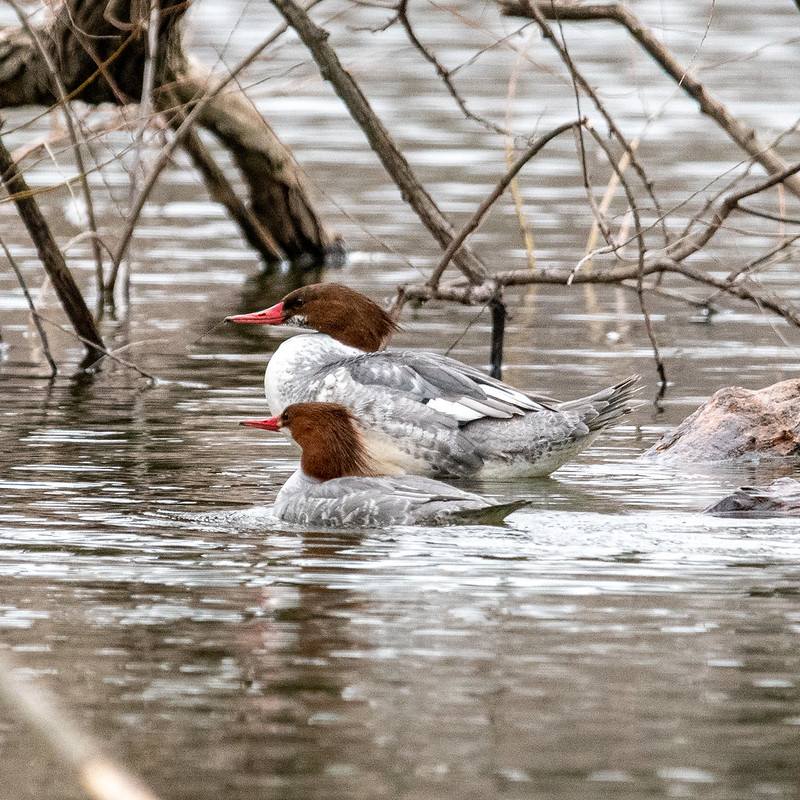 It was reported yesterday that there were three common merganser hens near Three Sisters Island, but this morning I only saw these two. Perhaps a mother and daughter, given the apparent discrepancy in size?