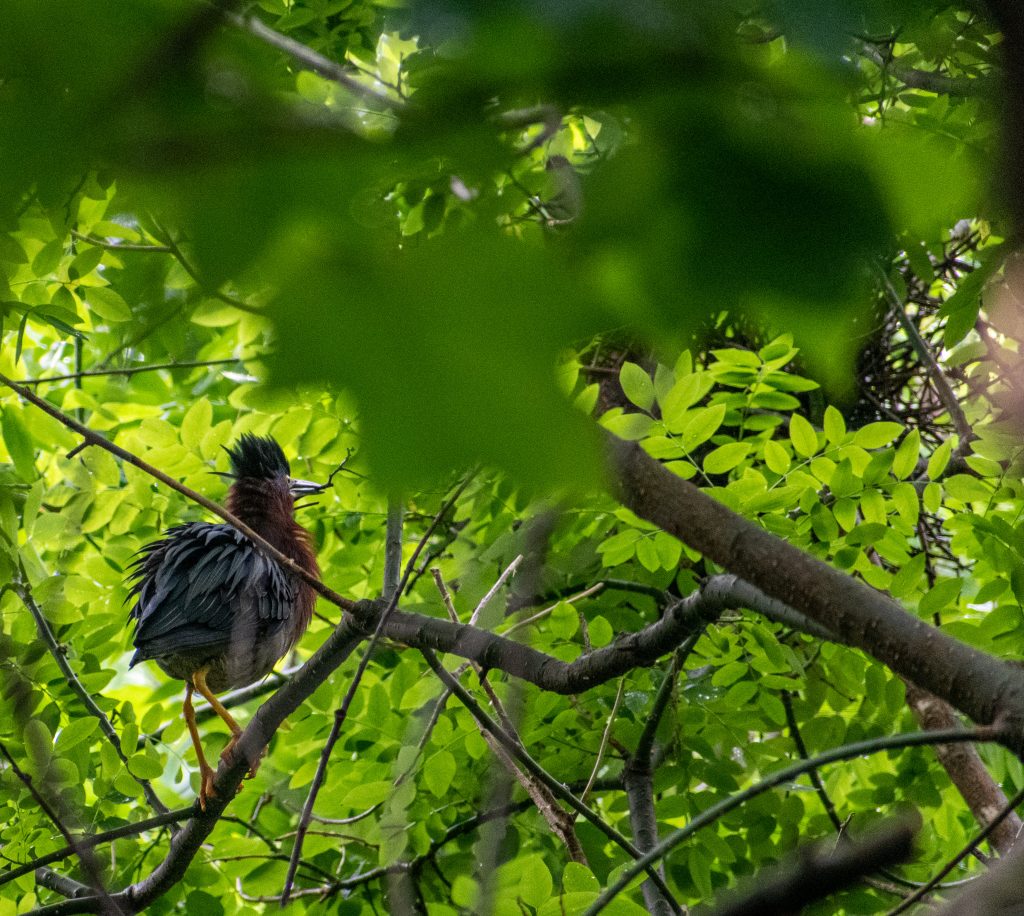 I heard green herons gurgling high up in the trees this morning and lucked into a sightline where I could see them building a nest (the nest is the mass of twigs in the upper right corner of the photo). I saw two bringing twigs to the nest and arranging them, but three herons seem to be involved, so I’m guessing they’re poly? (I’m not going to say online where the nest is, but if I see you in the park, I’m happy to show you.) 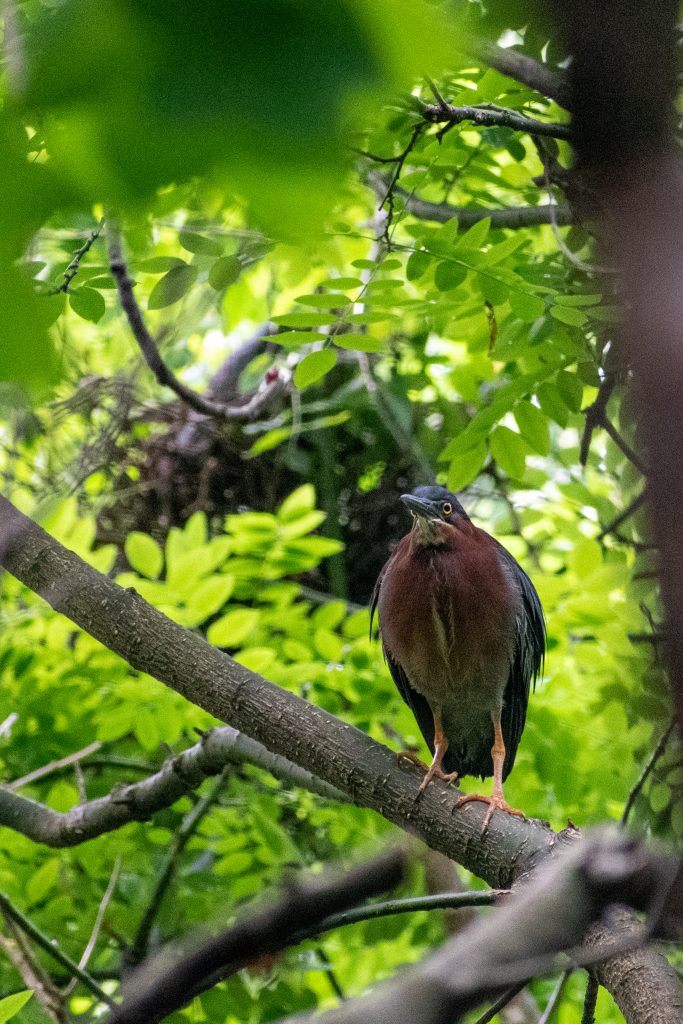 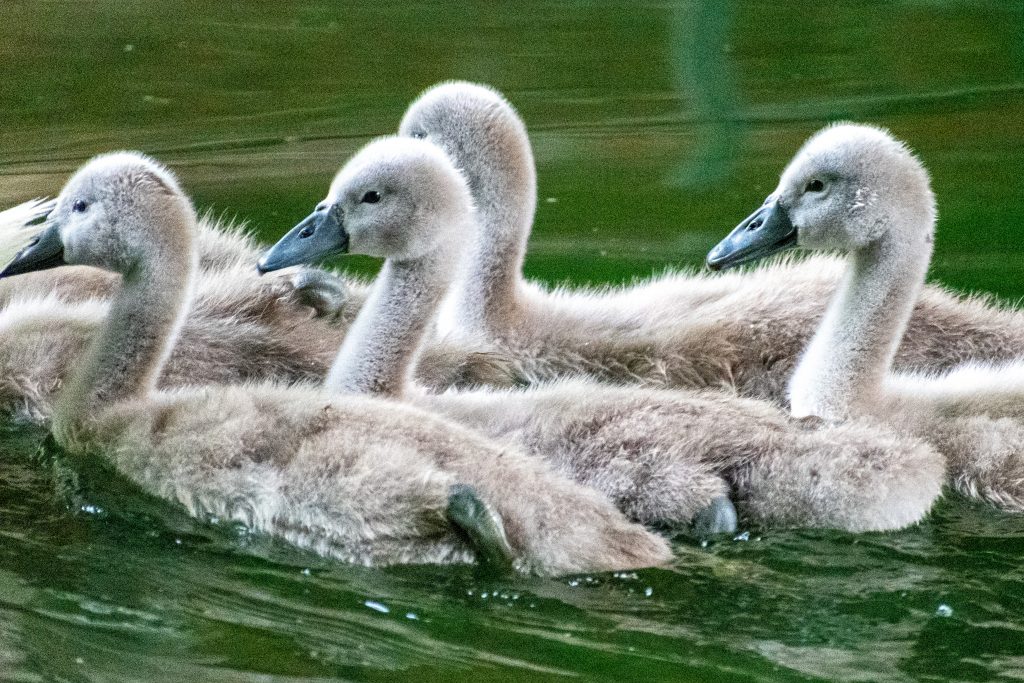 This catbird was singing like a nightclub chanteuse in a spotlight. 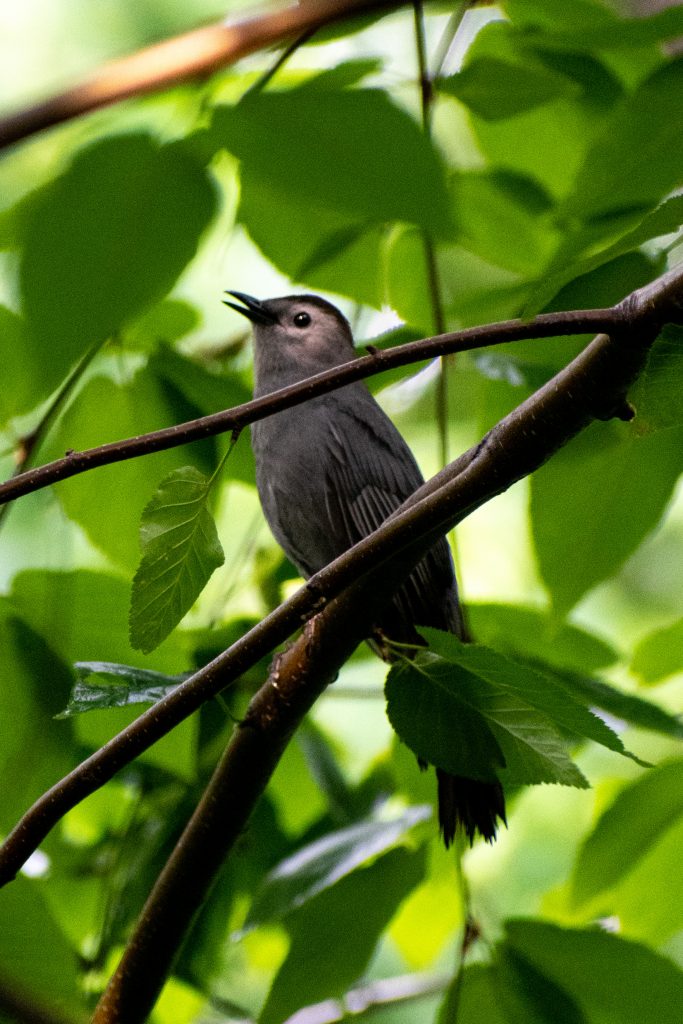 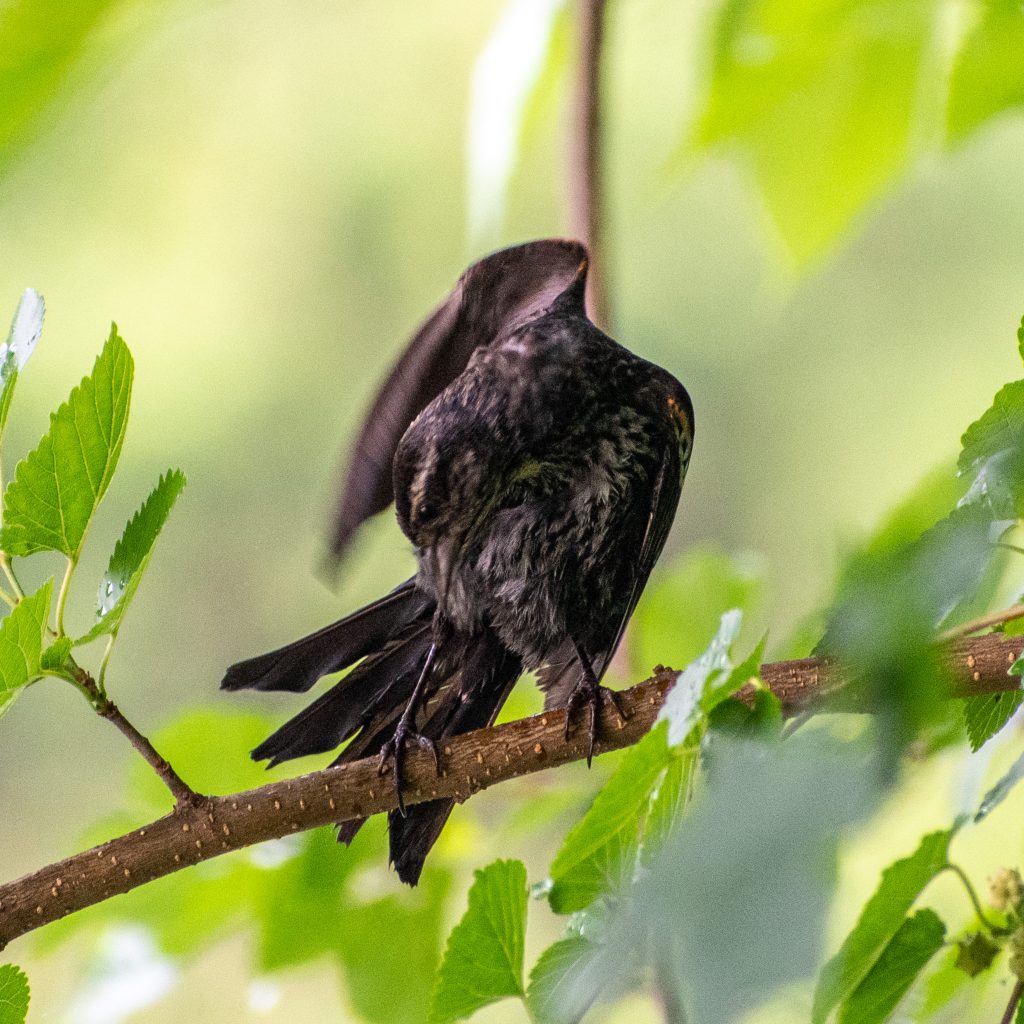 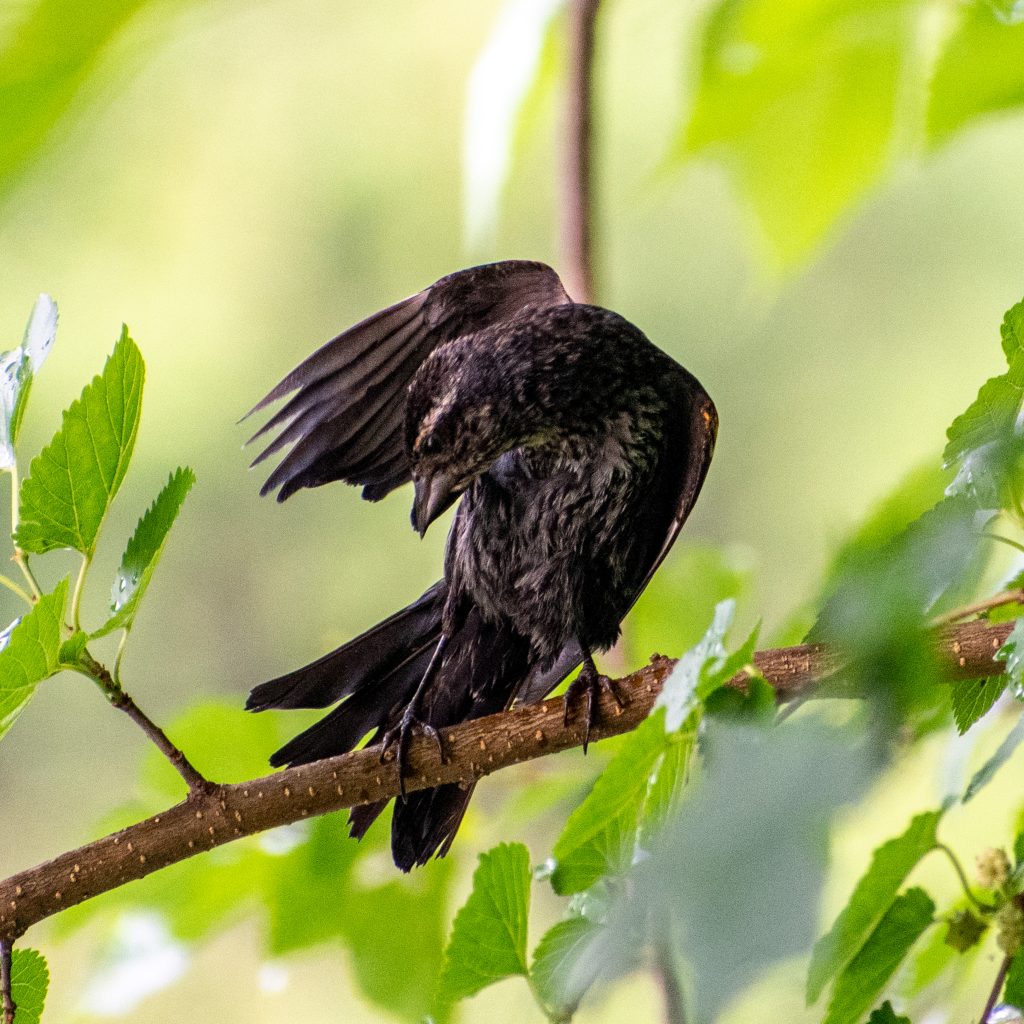 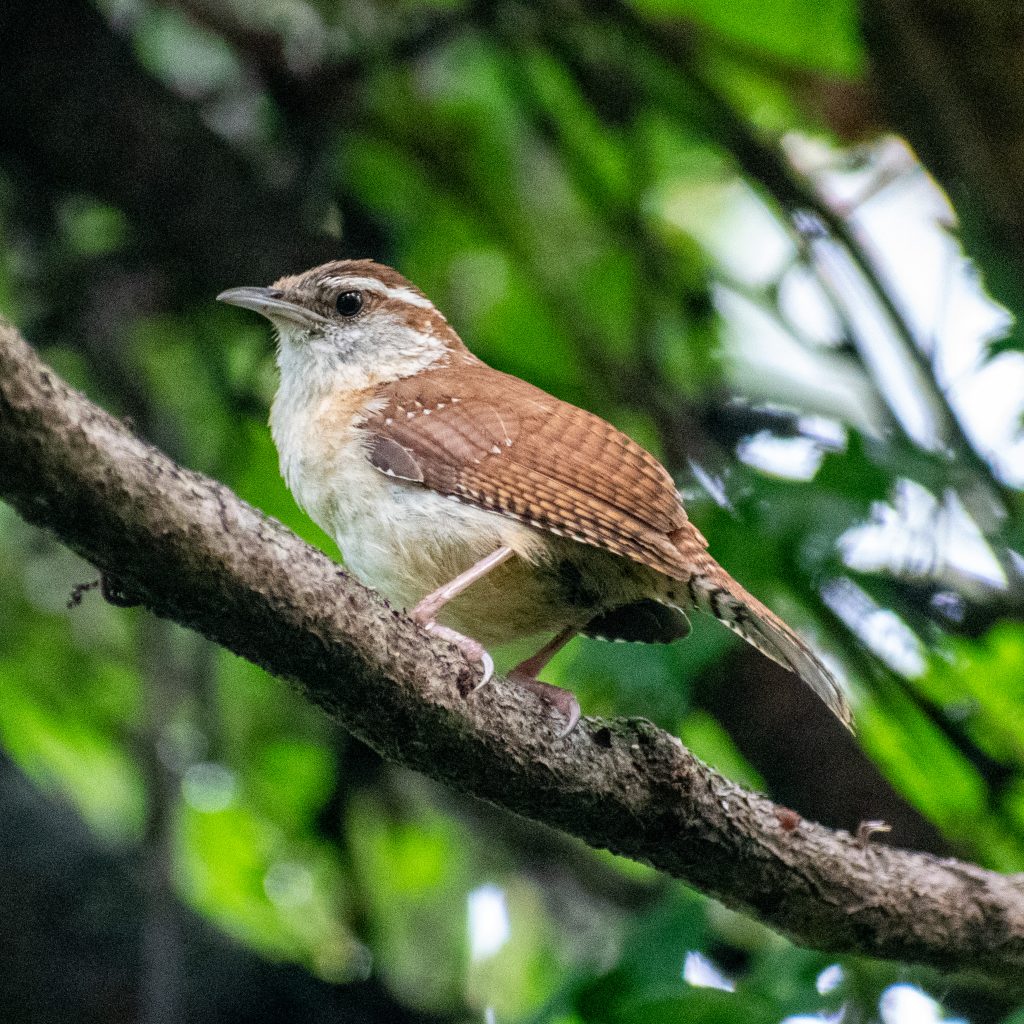 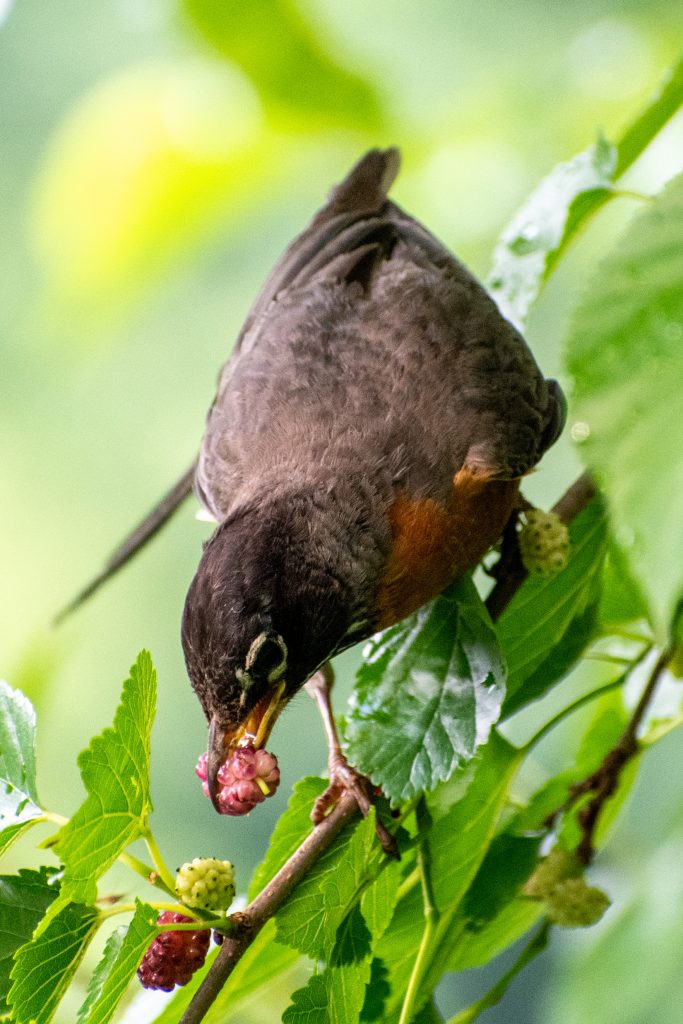 The mulberry that this robin was picking was for a fledgling nearly as large as she was. 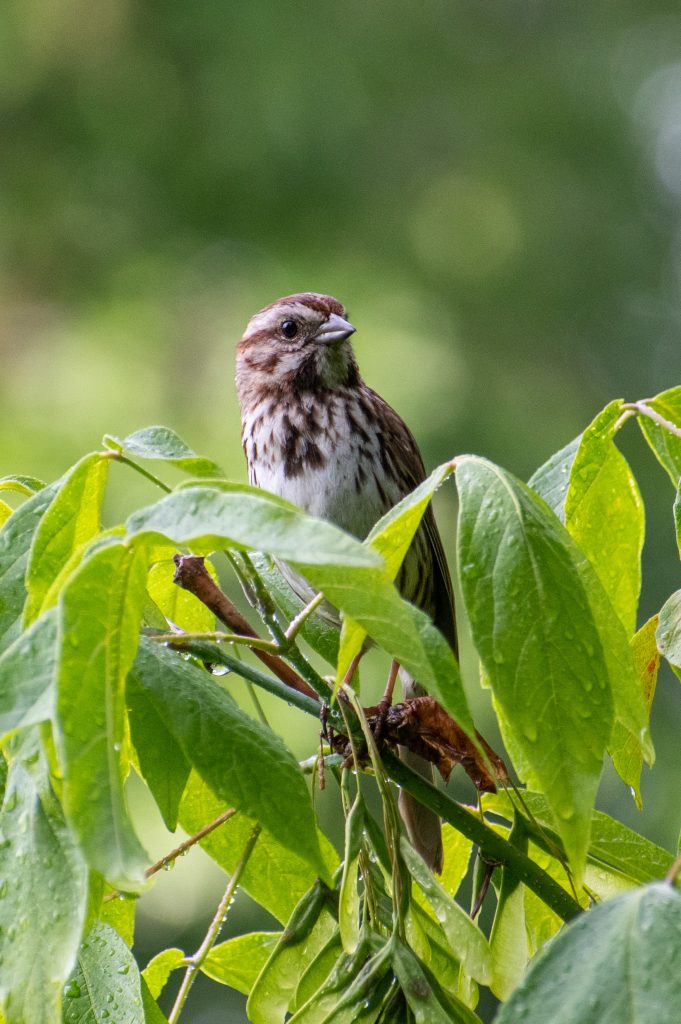