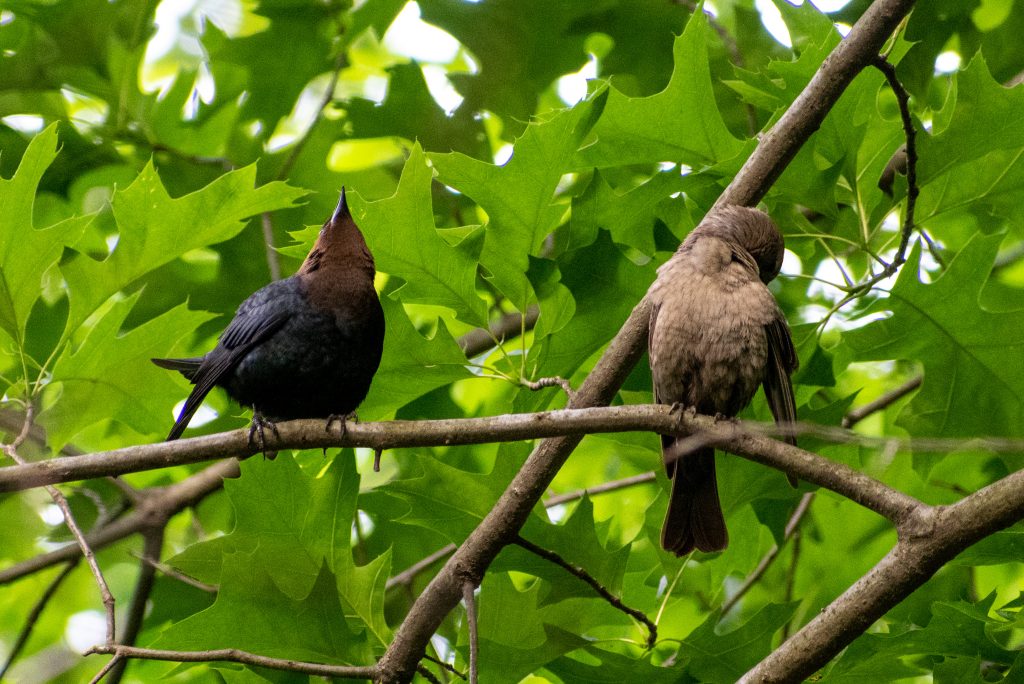 The attunement to each other that paired brown-headed cowbirds show in their body language is uncanny to me. I’ve seen other birds, while courting, move in a sort of call-and-response pattern, or even perform together in waltz-like symmetry, but cowbirds seem capable of almost synchronized swimming. I always wonder if it’s because their life of crime requires tighter coordination than innocence would. There were two pairs of cowbirds this morning, all four courting together, making their weird digital sounds. 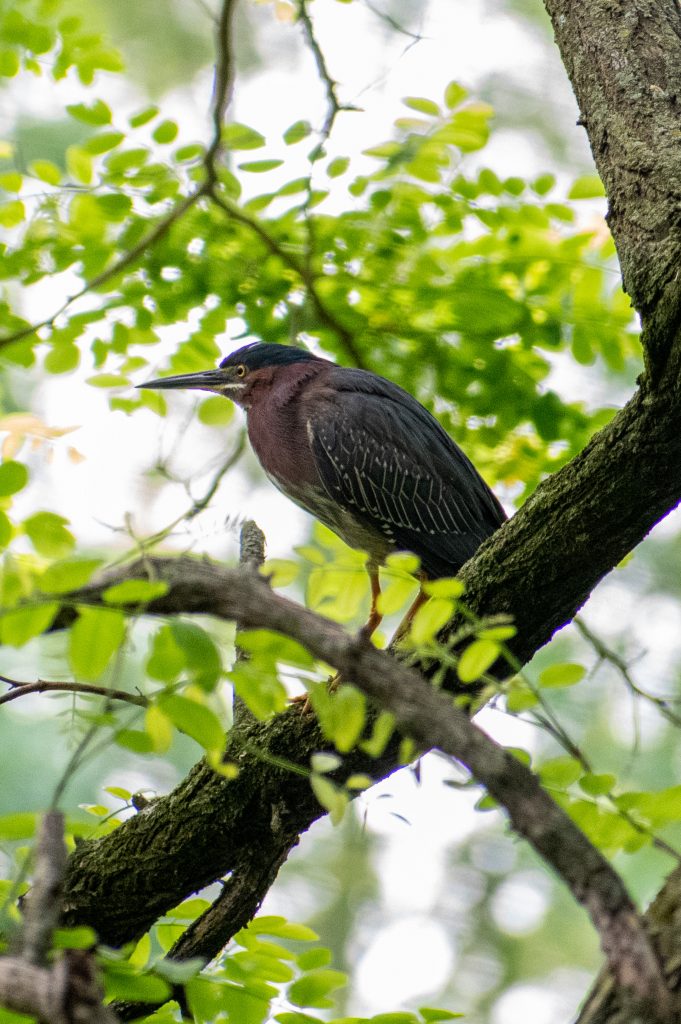 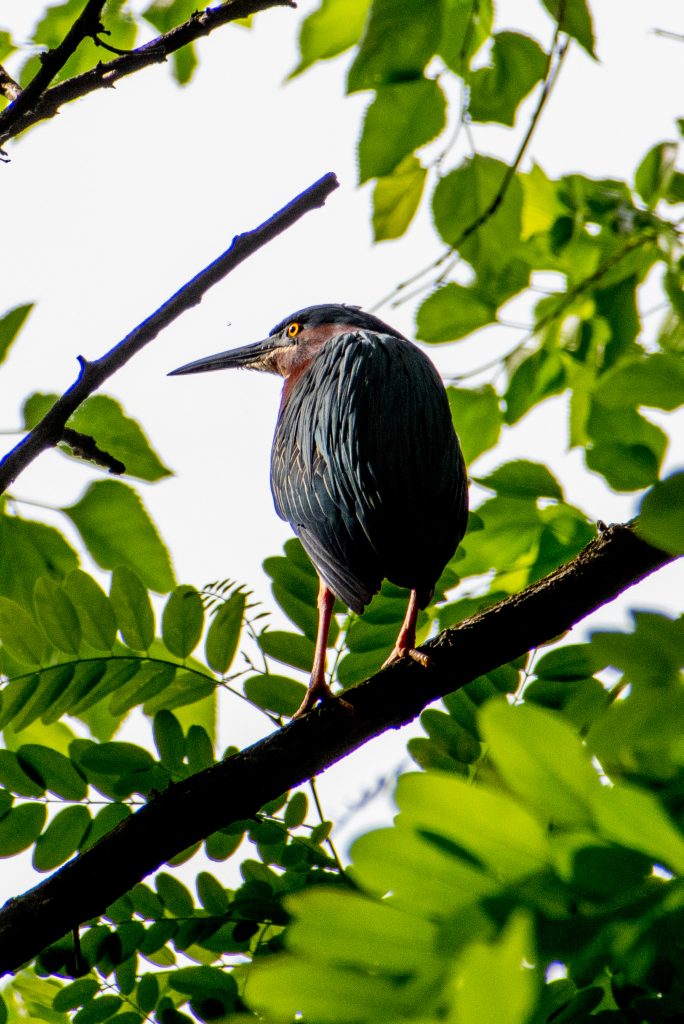 The green herons were also courting. One sat in a tree and puffed out its chest, headed cocked back, as it issued its call, which sounds, rather unromantically, like the rumbling of a hungry stomach. 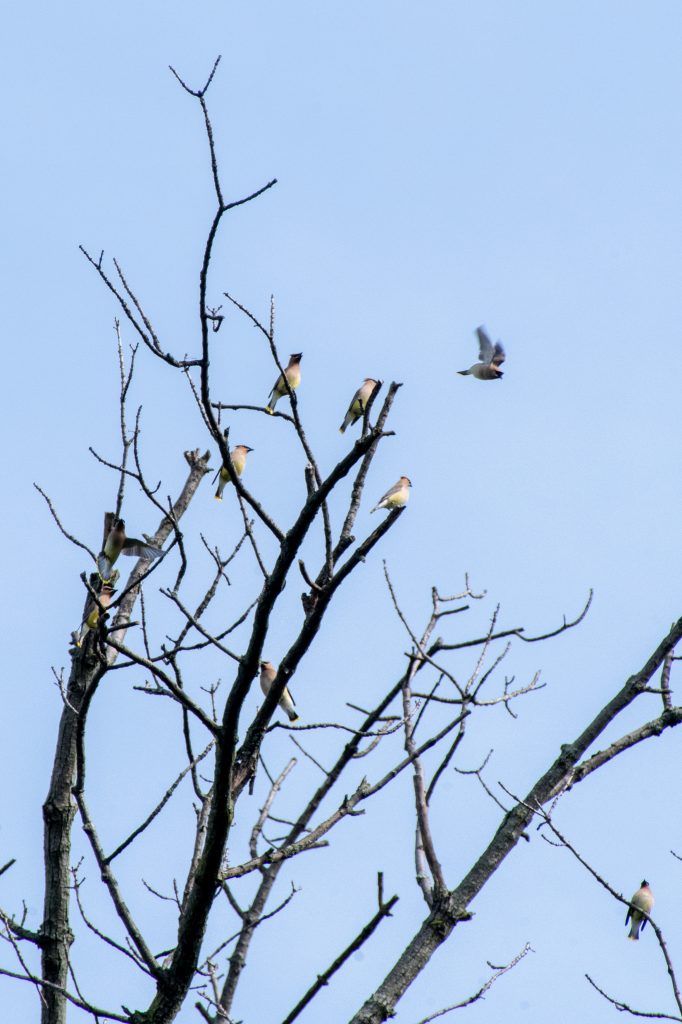 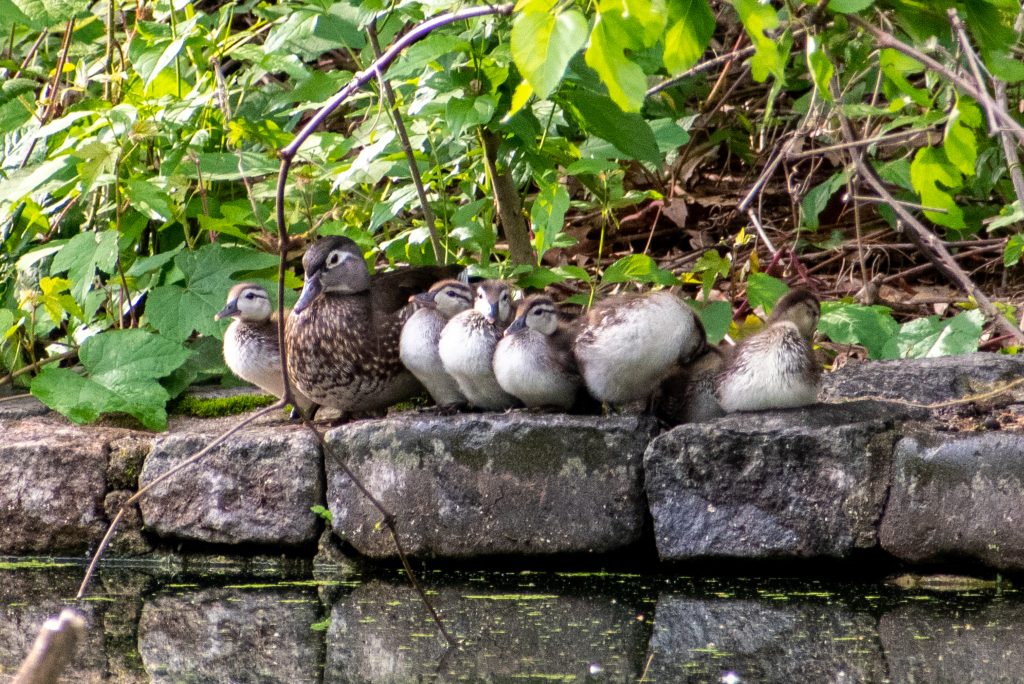 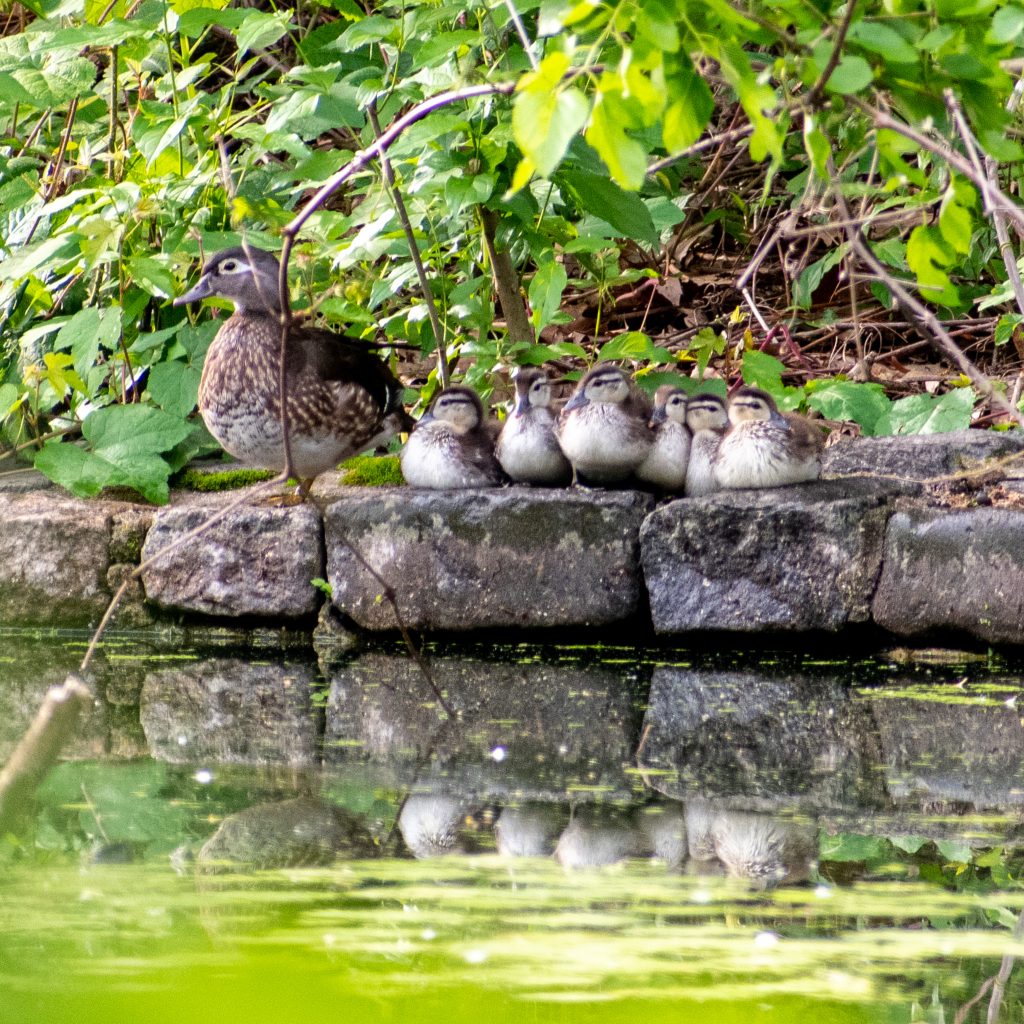 There are multiple reports of a wood duck hen in the park who’s supervising nineteen ducklings this year, but so far I’ve only seen this hen, who’s in charge of a more modest quota of seven (only six are countable in the lower photo, but there are seven). 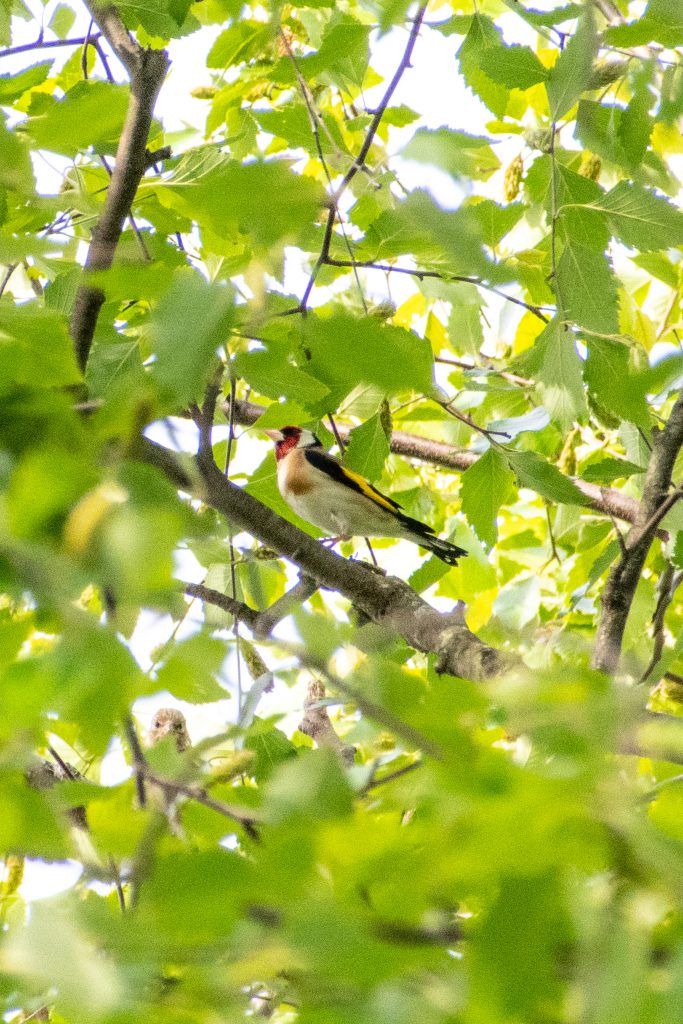 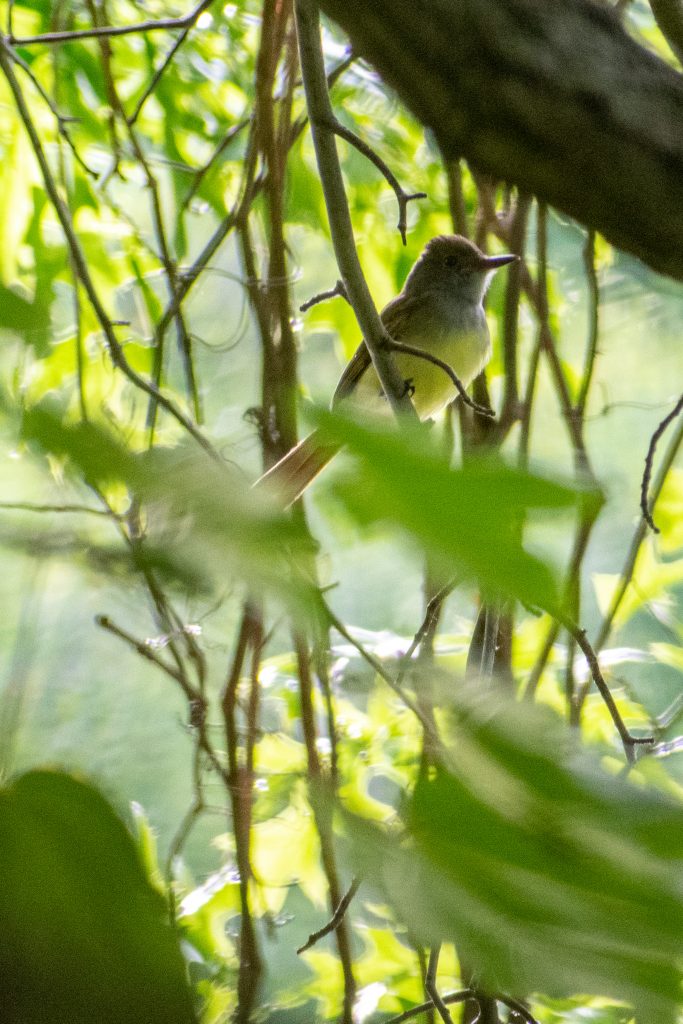