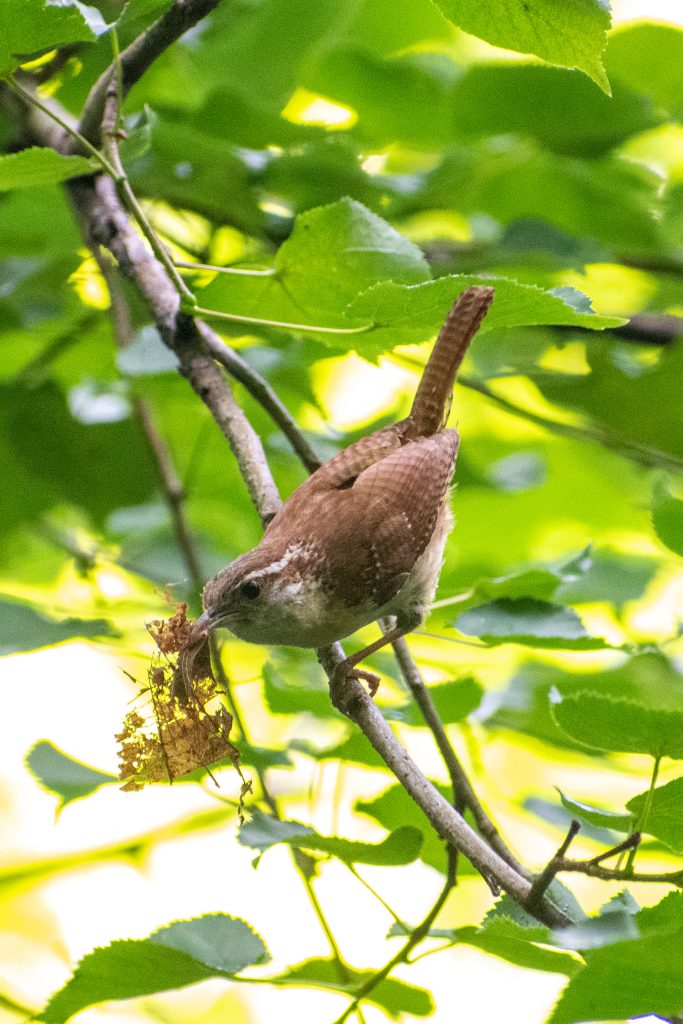 Two Carolina wrens were gathering nesting material and ferrying it into and under a thick matt of ivy around a tree trunk; they seemed to be building a nest deep inside. Sometimes they had trouble remembering exactly where in the ivy their nascent nest was and hovered outside looking for their entry point. Their work was interrupted by a gray catbird (not, however, the one photographed below) that slammed into the ivy as if to uncover the nest or to disrupt the wrens’ work; I couldn’t figure out its intentions. Only one of the wrens was present during the intrusion; it fled and then loudly summoned its mate to a nearby branch, where they reconnoitred. They resumed their work briefly but then lay low, abandoning work on the nest at least temporarily. 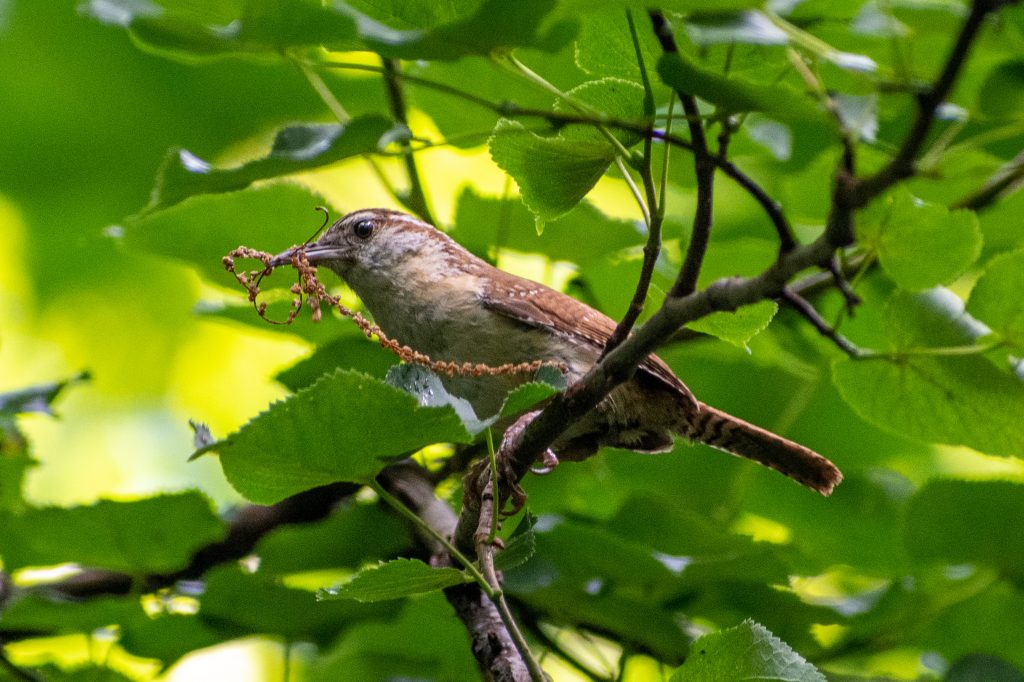 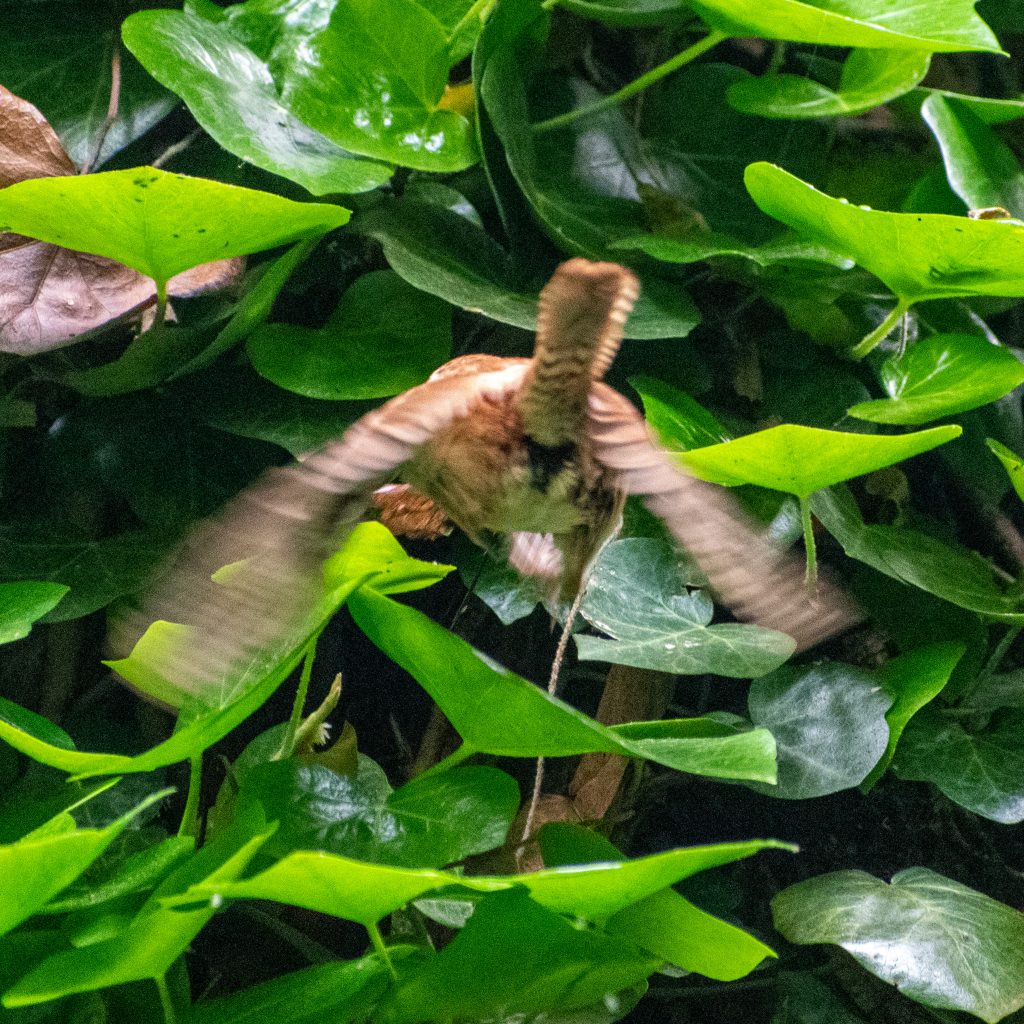 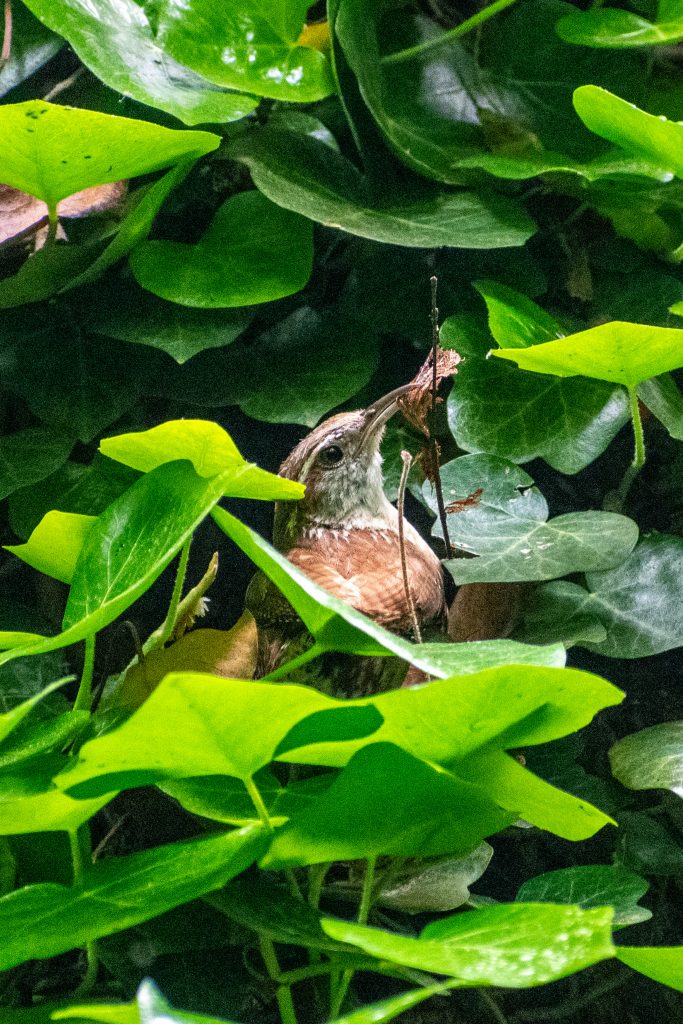 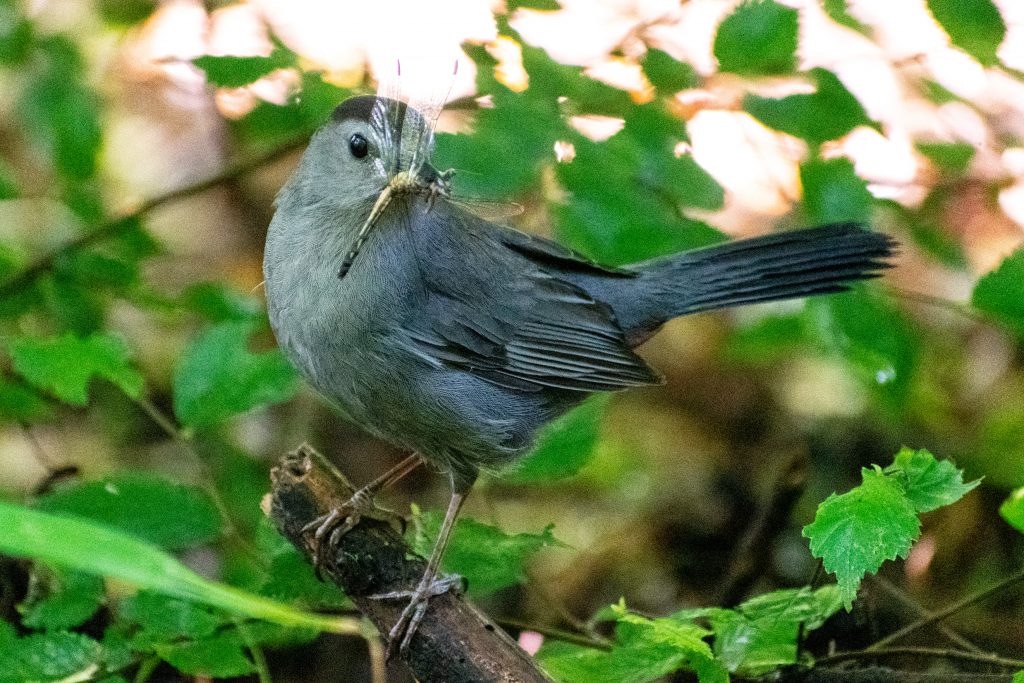