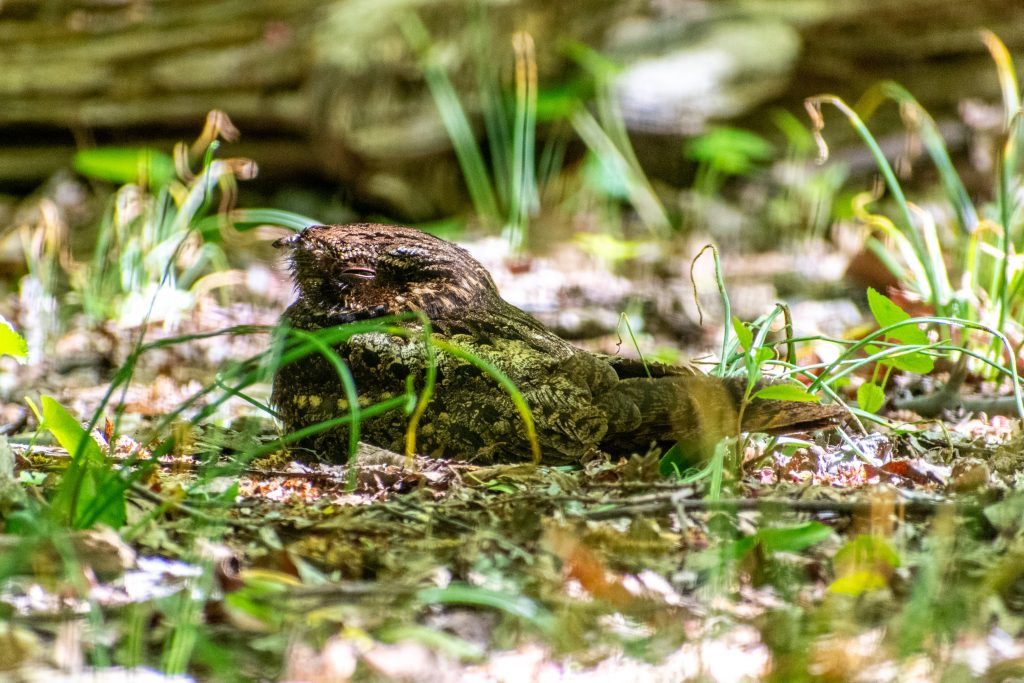 This very odd-looking bird, which looks to me more like a toad, and reminds me of the Psammead from E. Nesbit’s Five Children and It, is a chuck-will’s-widow. It was the “it” bird today in Prospect Park, because it doesn’t often make an appearance. It’s a nocturnal creature, and was sleeping calmly on the ground, attended, some distance away, by an entourage of birders and photographers. I find it hard to make sense of its face. This is a side view; the bird is facing left. You can see only its left eye, mostly squinted shut. At the far upper left of the animal, much higher than the eye, almost even with the top of its head, is its beak.

It was very hard to photograph because its coloring is so dark and the sunlight was making everything very all-or-nothing. Here’s another attempt. 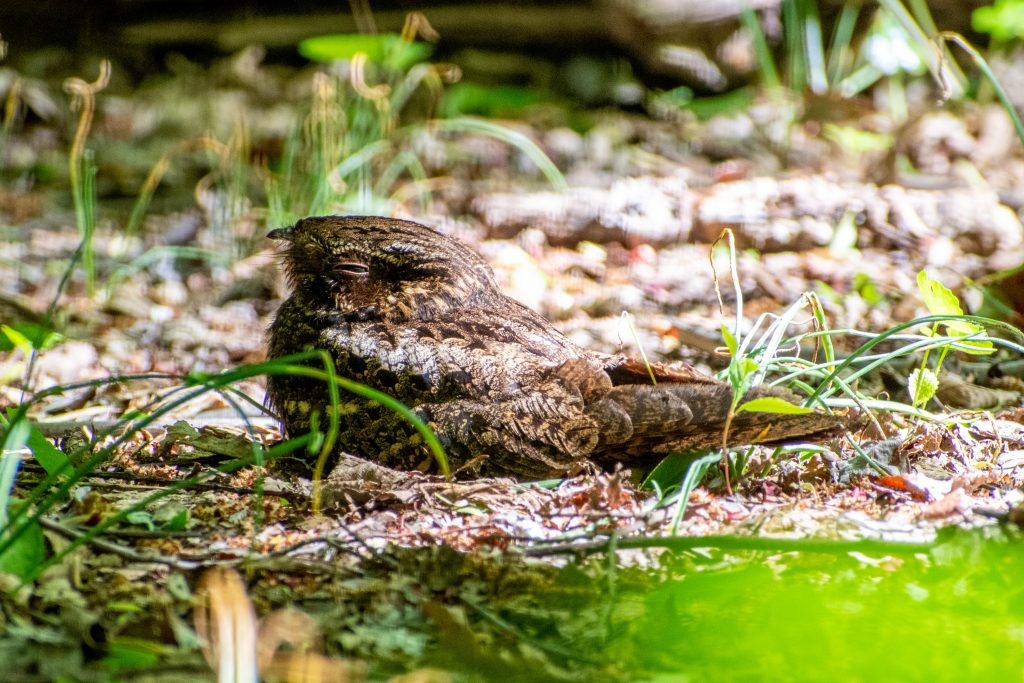 The other exciting find was a cerulean warbler, which I’ve never seen before. This was a female. I almost certainly wouldn’t have known what I was looking at if it hadn’t been pointed out to me by Lotus Winnie Lee. 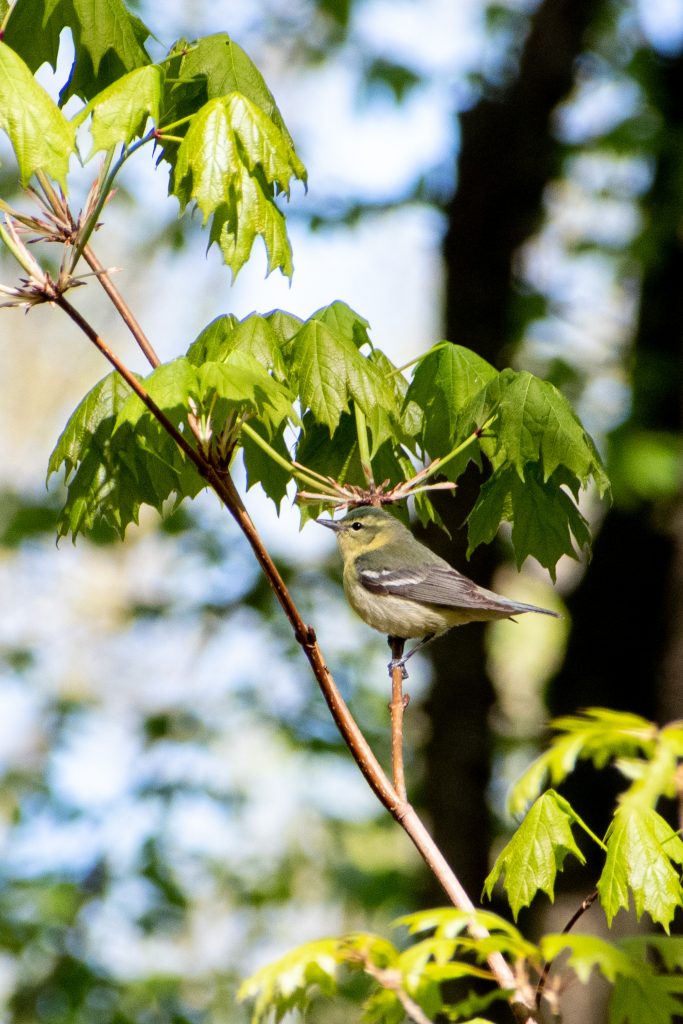 Less exotic but still handsome: a veery, a hermit thrush, and a black-and-white warbler. 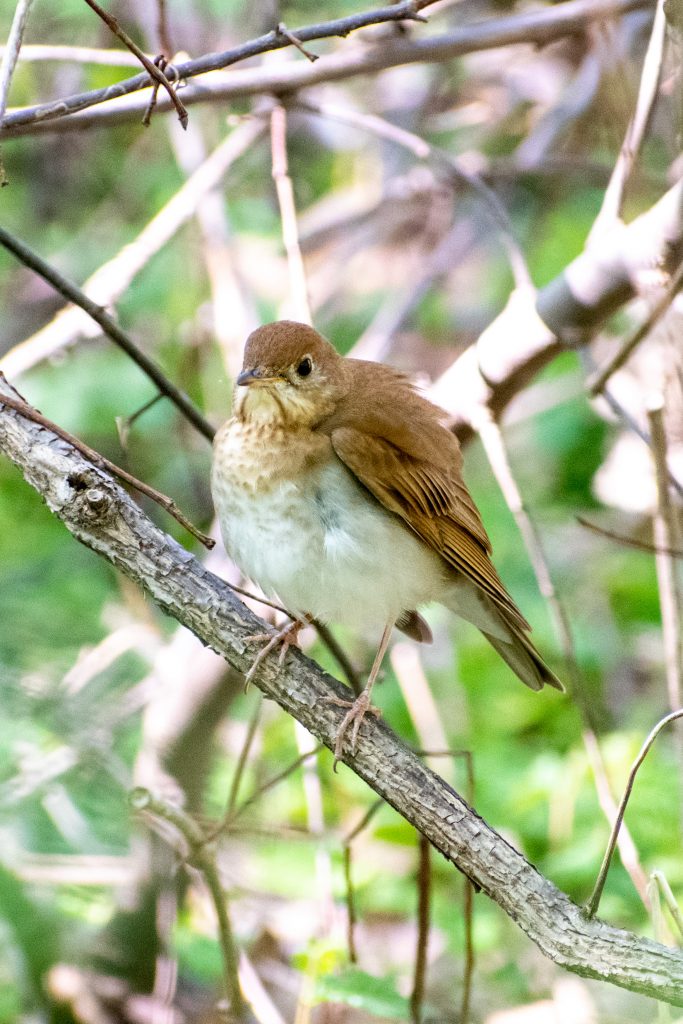 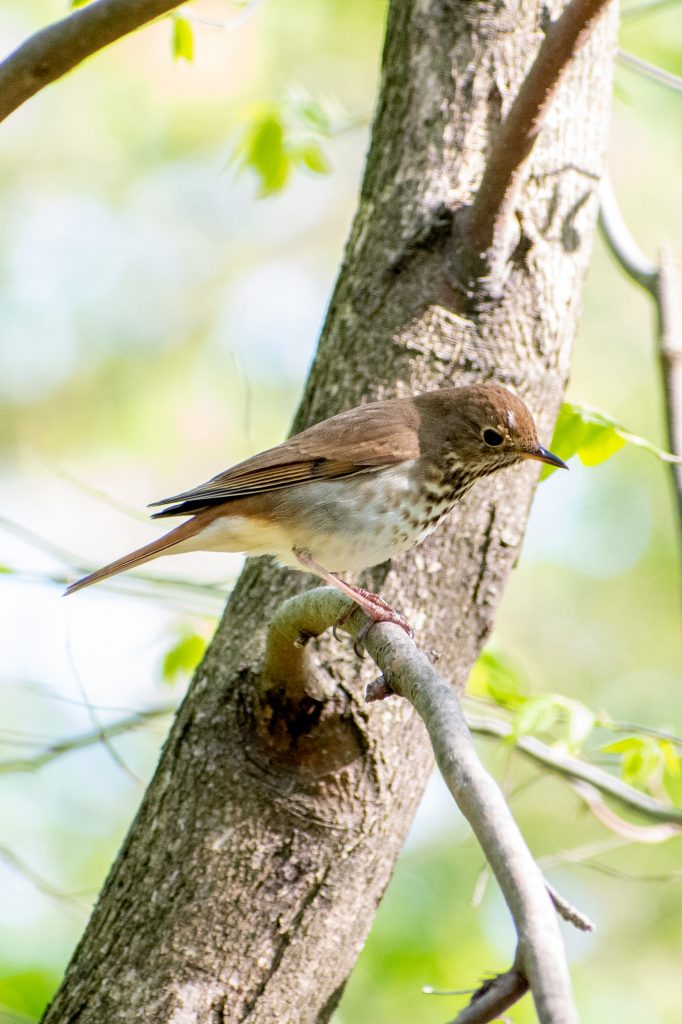 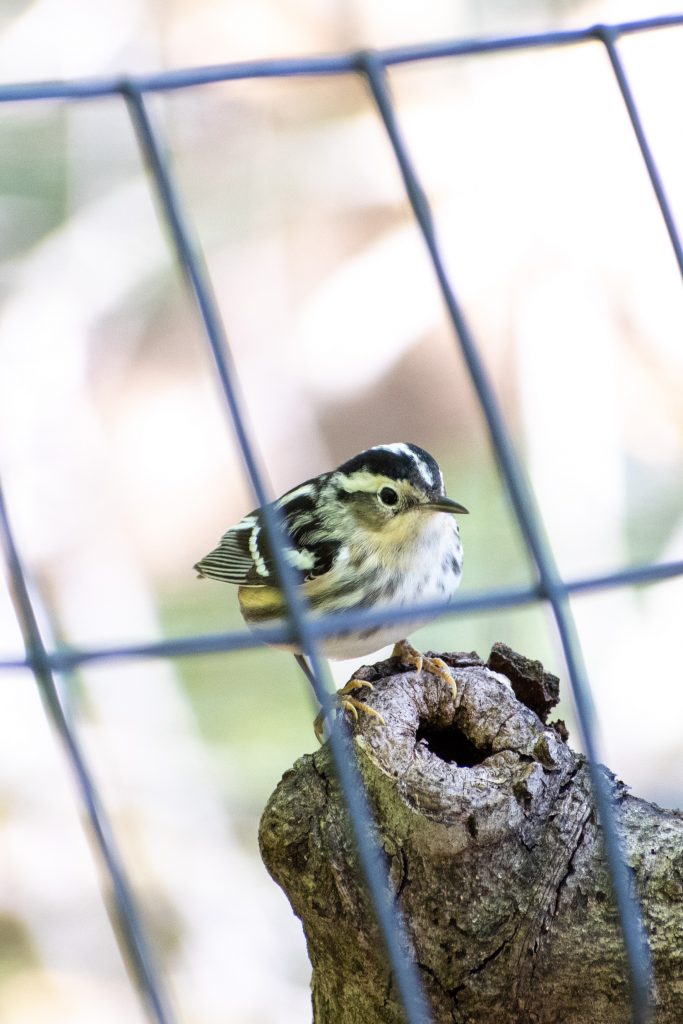