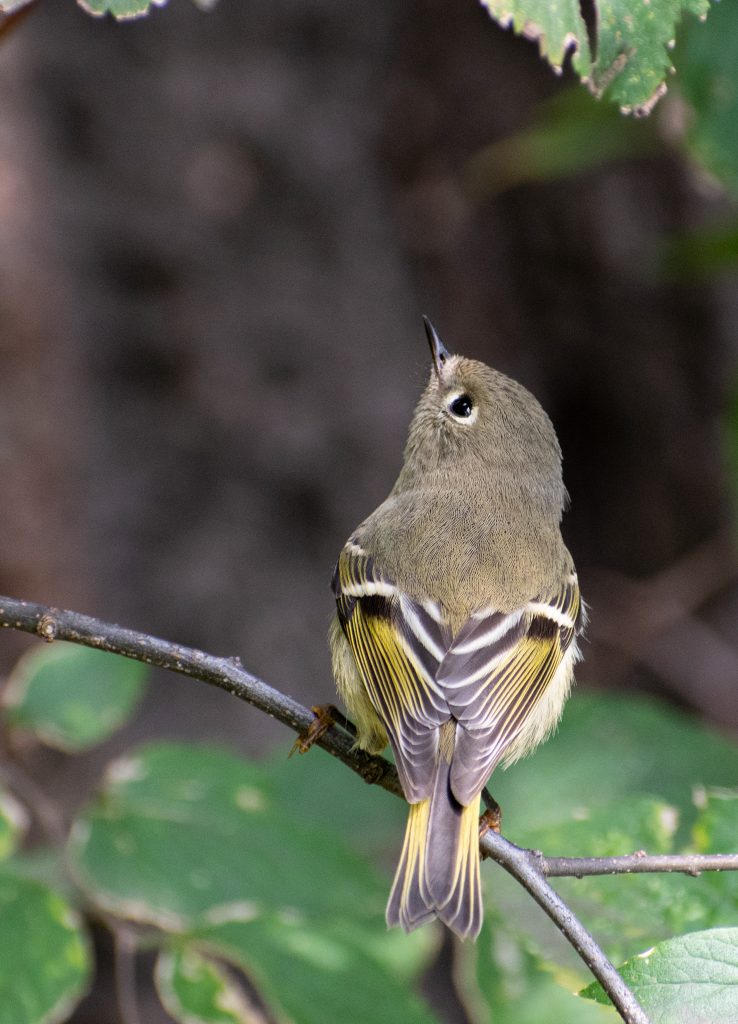 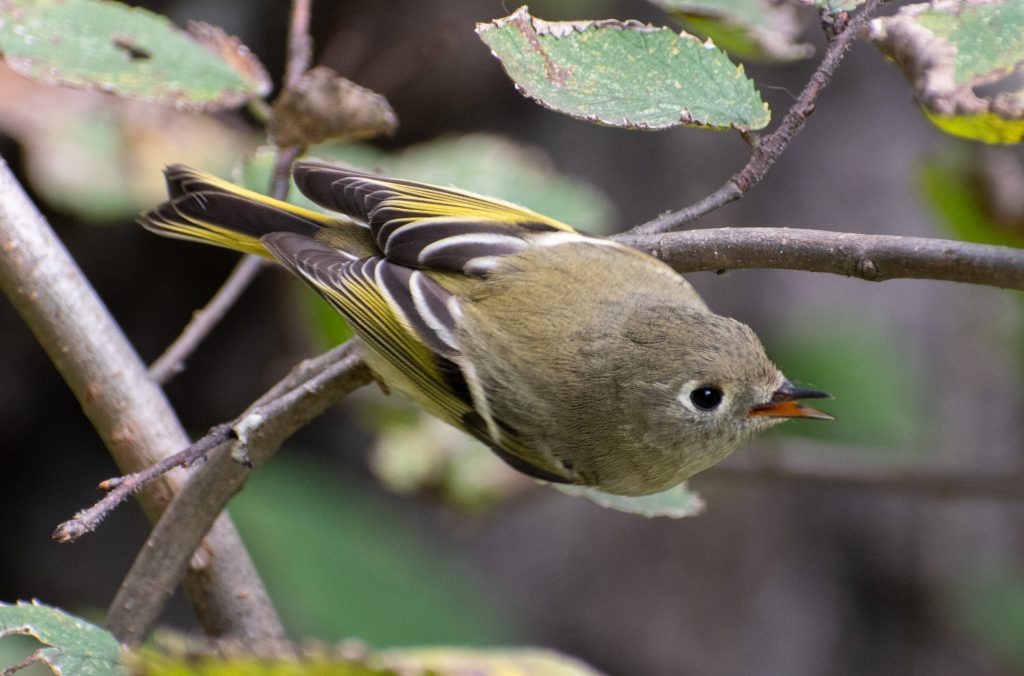 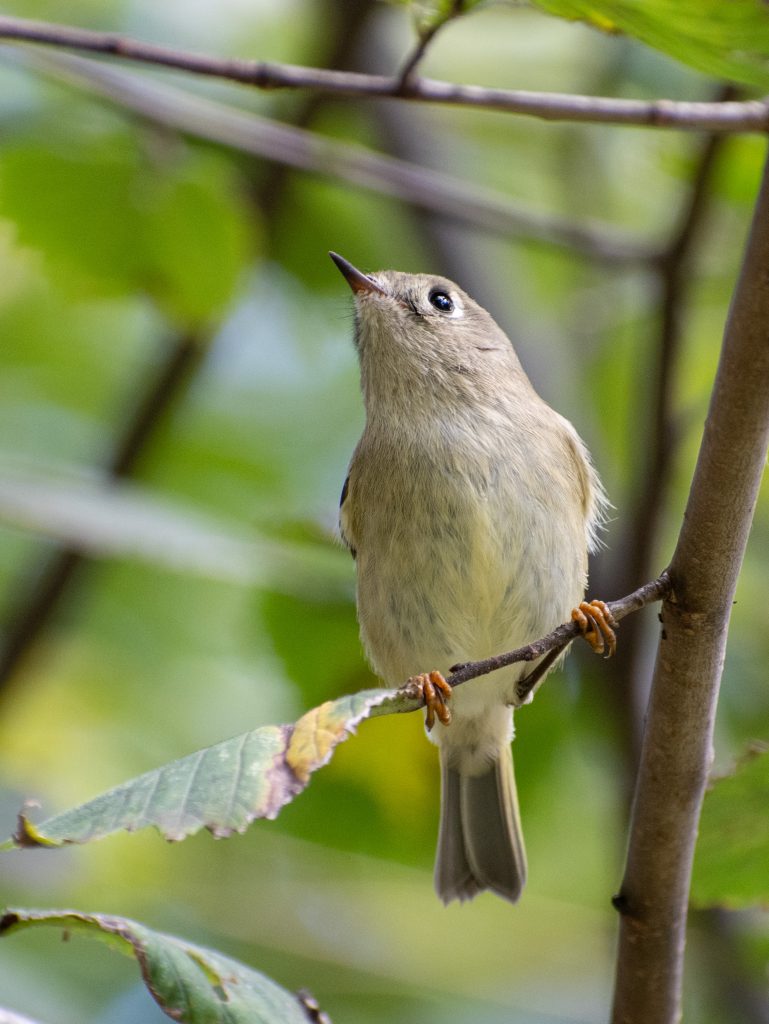 A long birding walk this morning with my friend Roy. The ruby-crowned kinglet in the first three photos was somersaulting in a tree so intently that I was able to walk almost right up to it. 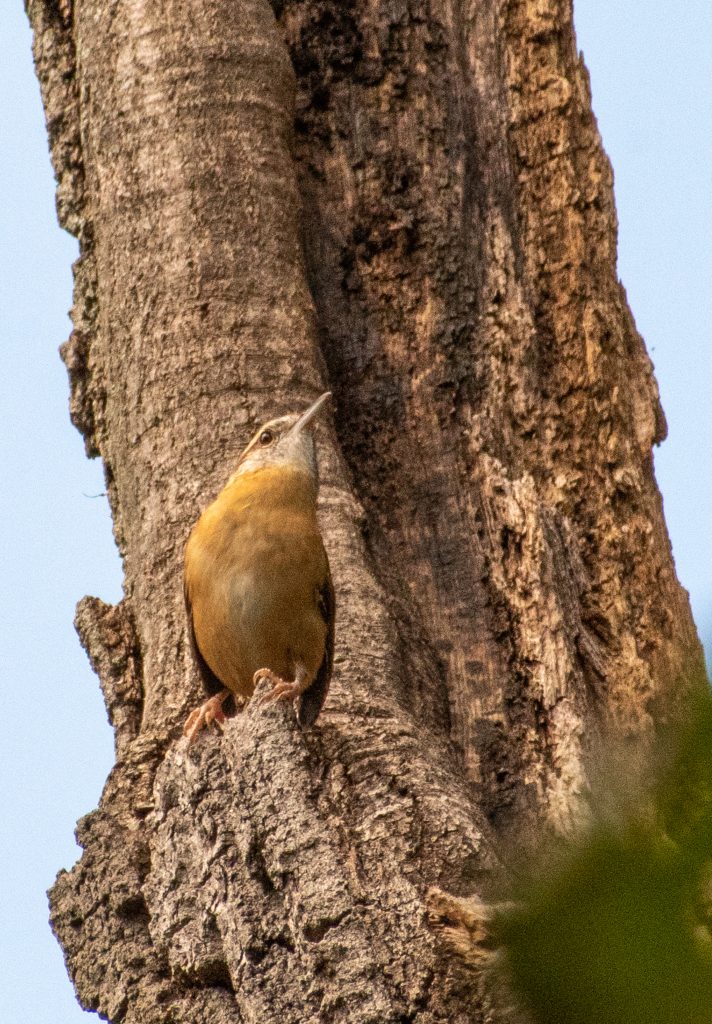 This Carolina wren was singing from a dead tree nearby. On the spot I couldn’t figure out what it was (I don’t see as well through the camera as the camera does), maybe since, given the angle, I could mostly only see its peach-colored breast, and when Roy saw a red-breasted nuthatch fly out from the same brake of trees, I thought it was the same bird. It wasn’t. I took the photo just below, of the nuthatch, from almost directly below where the nuthatch landed in an elm. (I had to look up “elm,” in a tree guide, just now, before finishing the preceding sentence, to make sure it was an elm. I’m even shakier on trees than birds. Birding as an endeavor is all about nouns.) 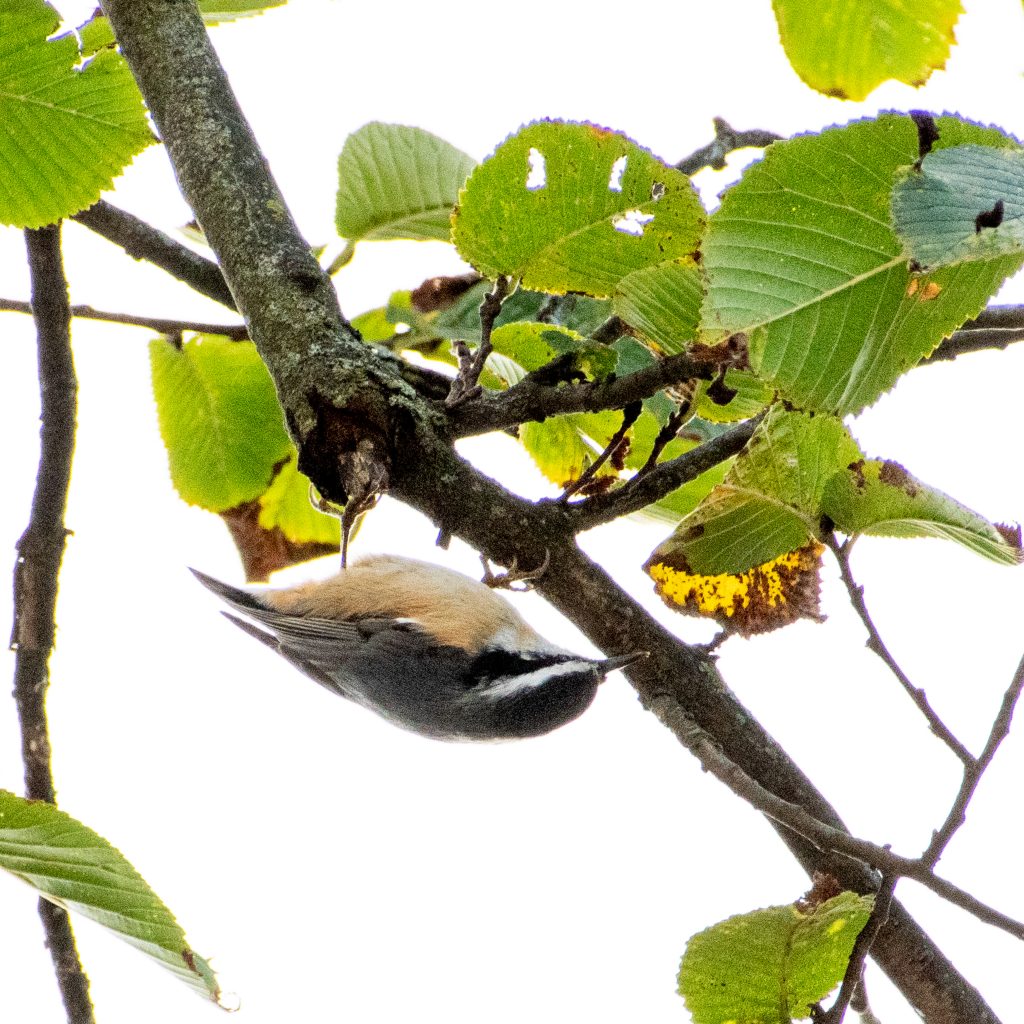 I took this photo of a black-throated blue warbler yesterday, actually, at dusk. Just throwing it in here: 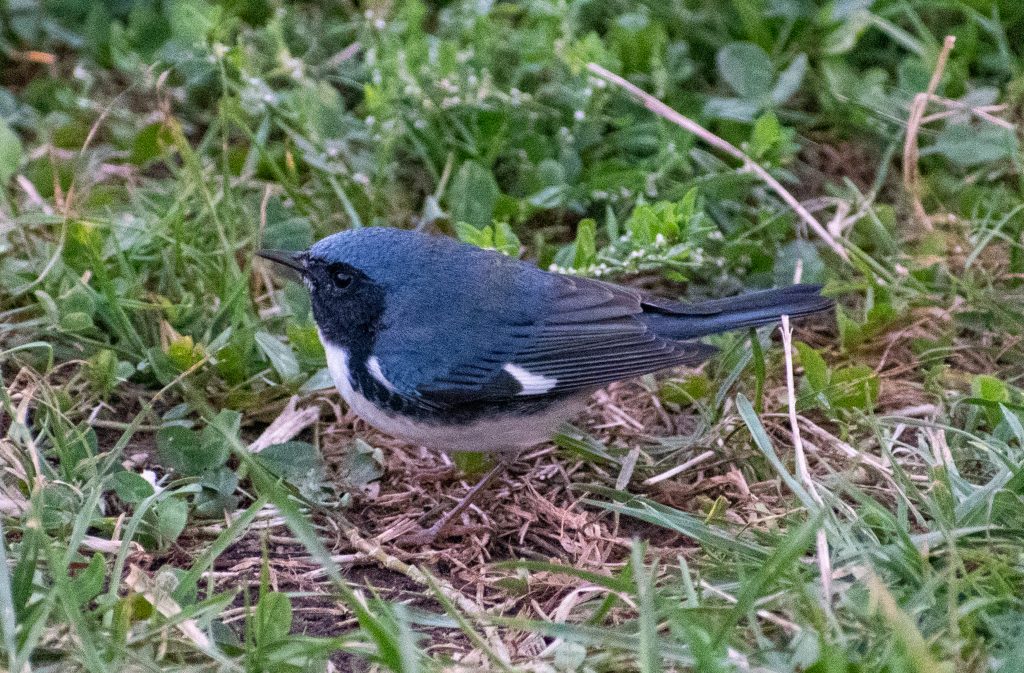 A couple of golden-crowned kinglets were maybe the prize sighting of today. Here’s one of them flashing his crown and then, in the third photograph below, nodding under the burden of it. 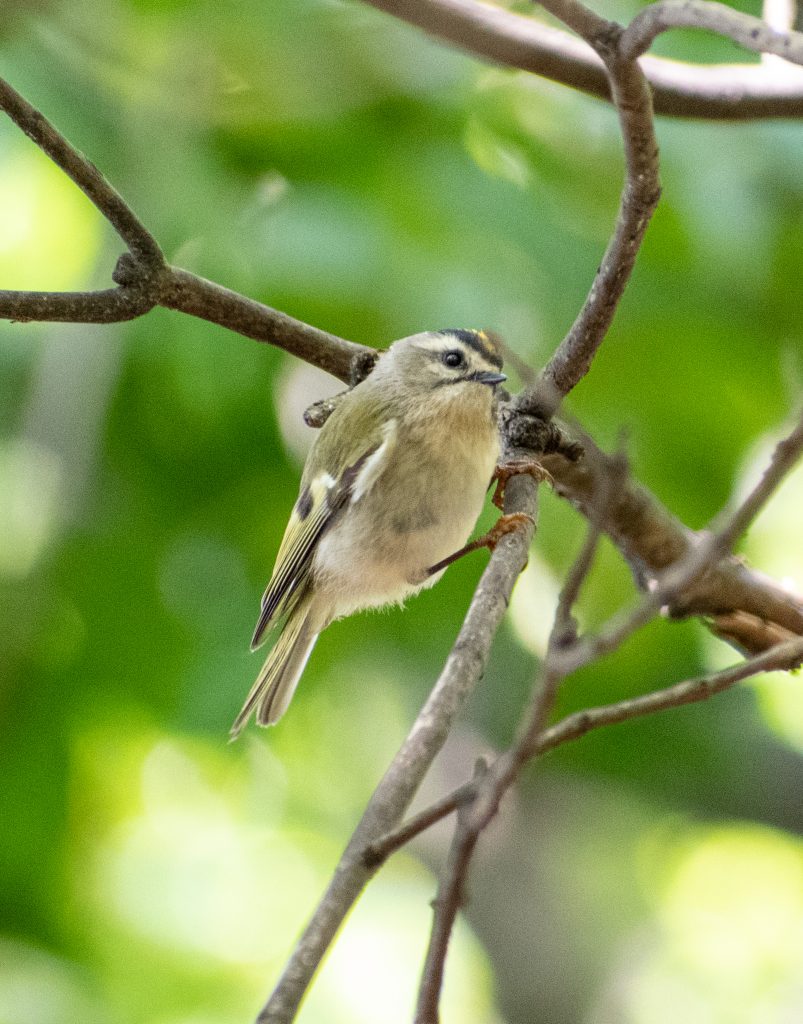 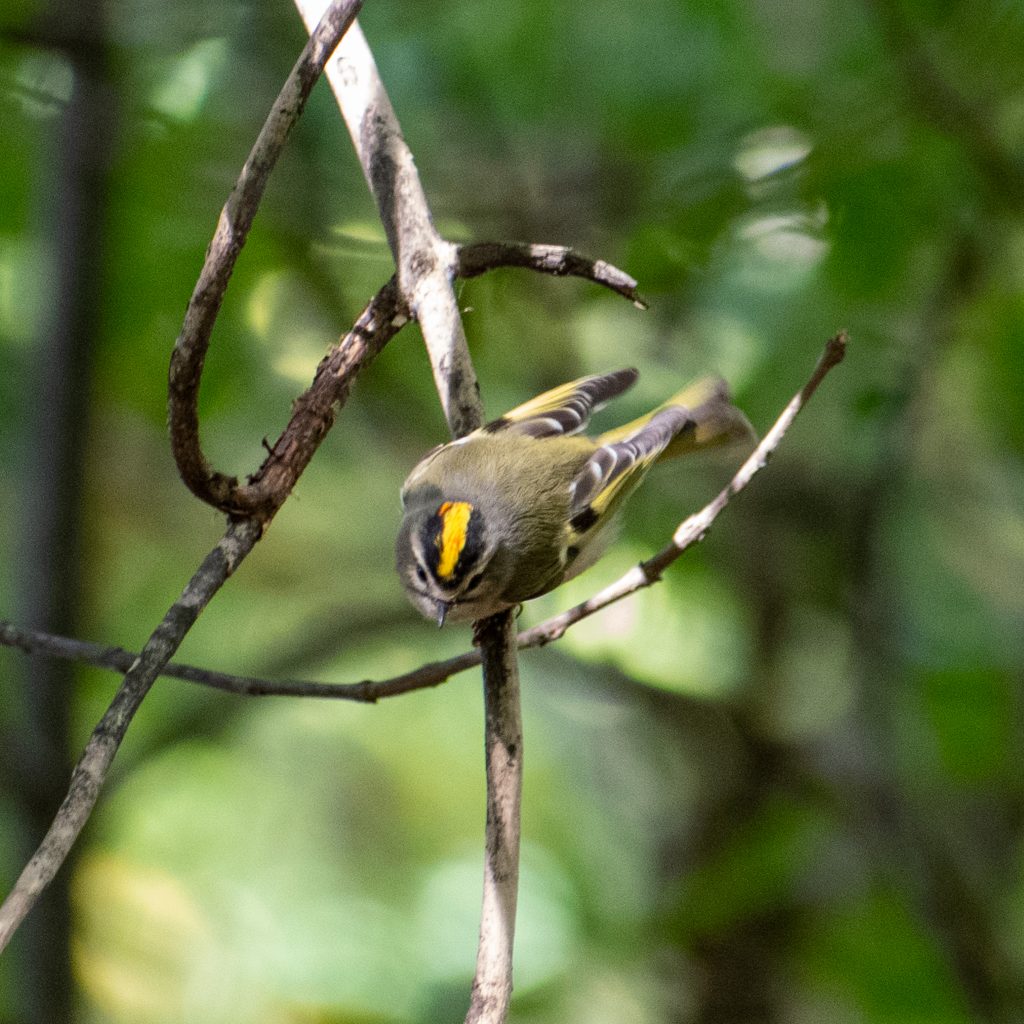 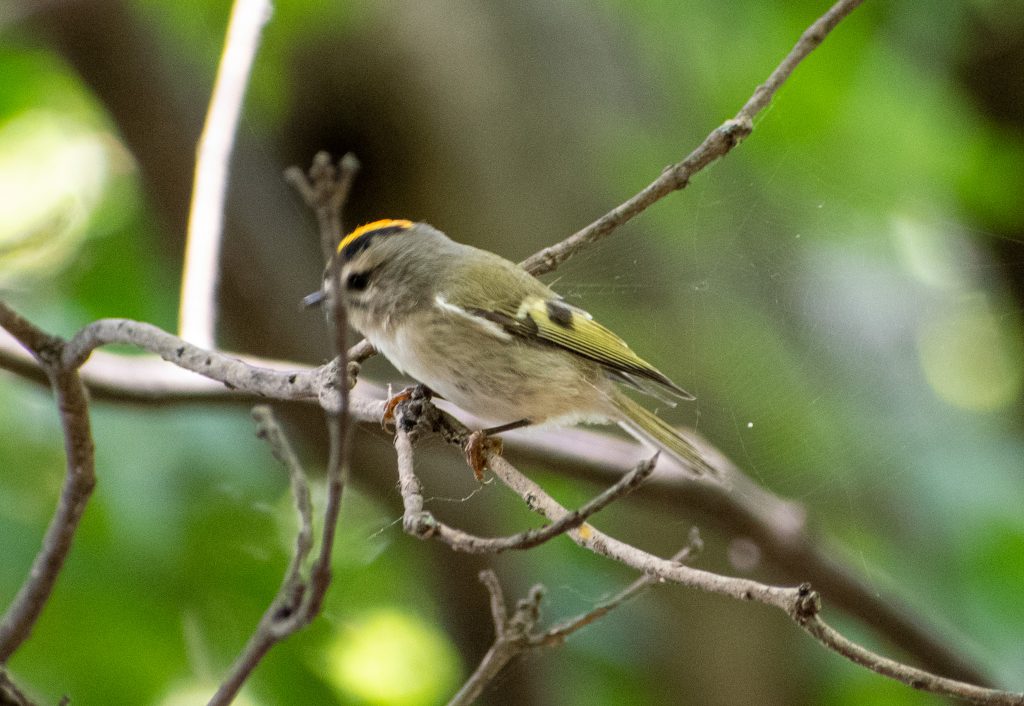 There were half a dozen yellow-rumped warblers, but they were out over water where I couldn’t get too close. 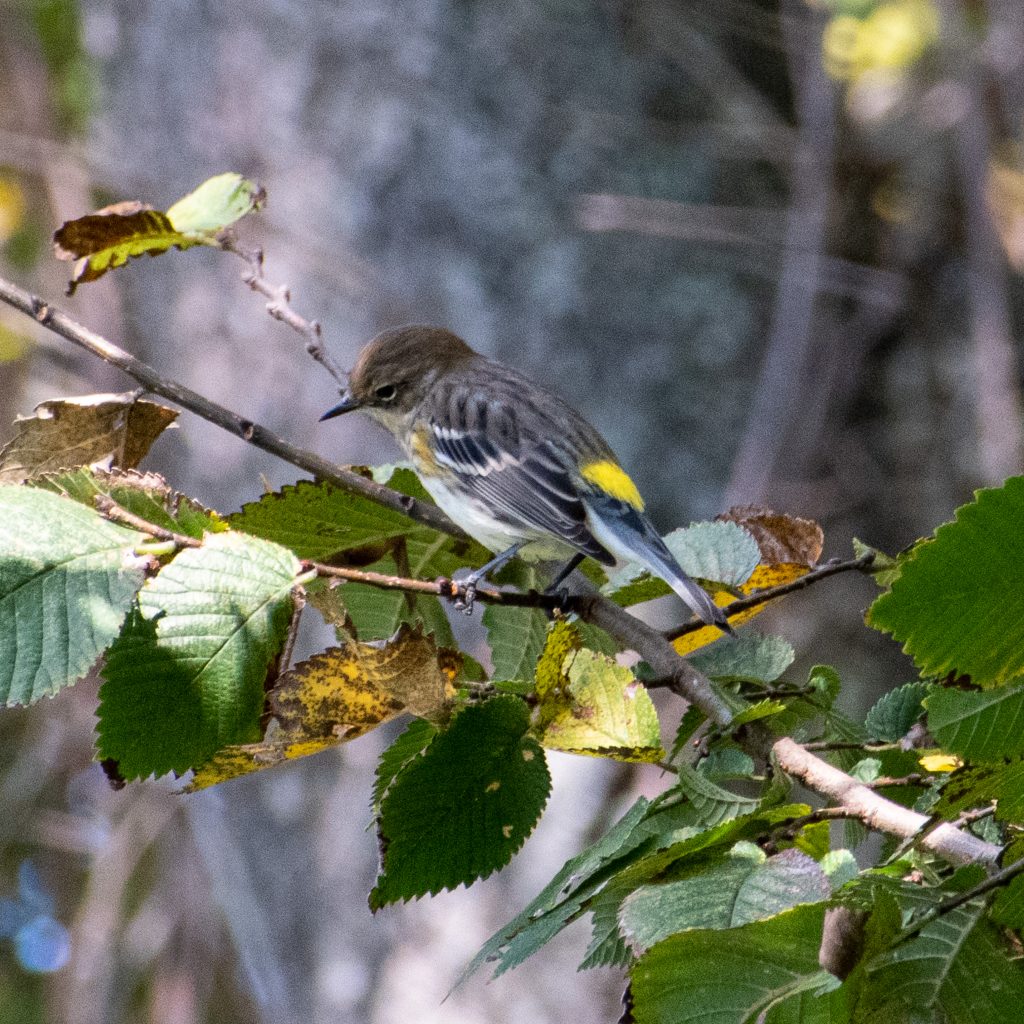 On our way out of the park, the pine warbler below posed for us liberally. 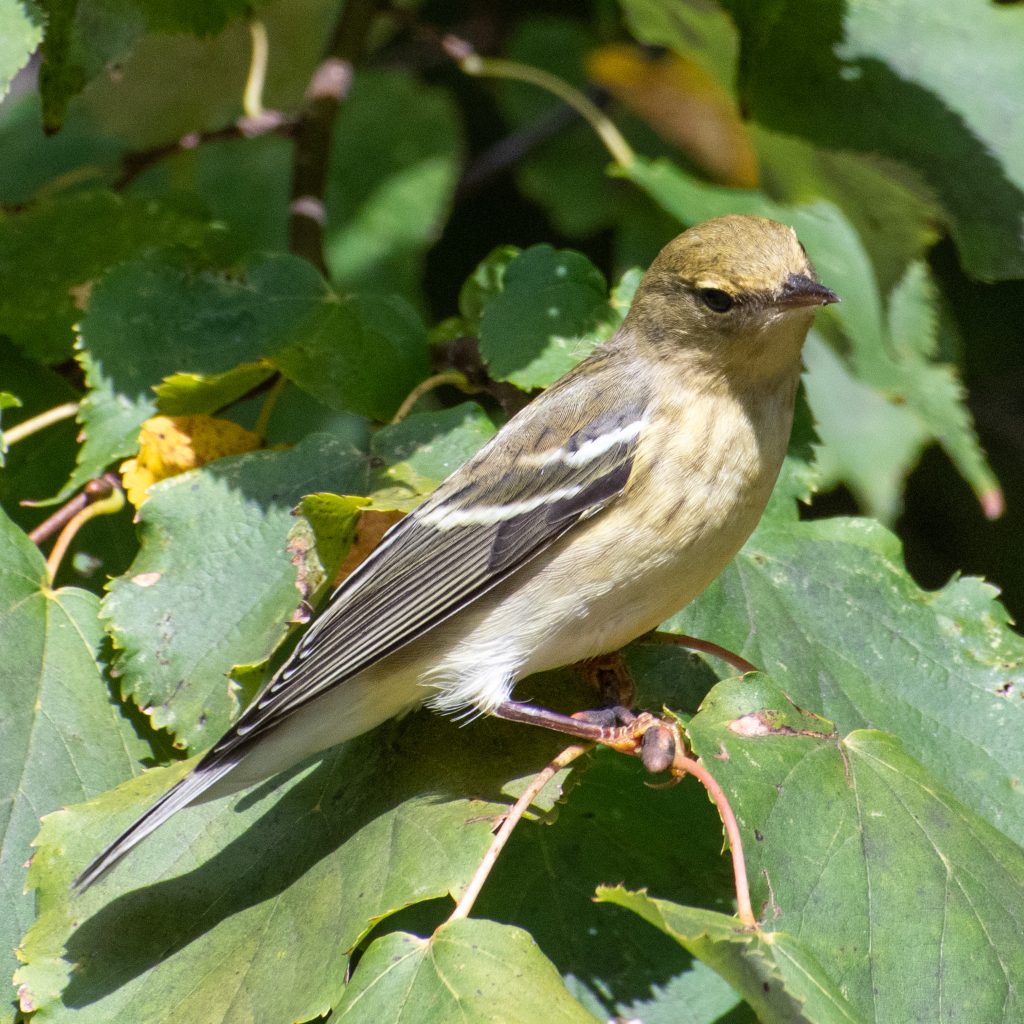 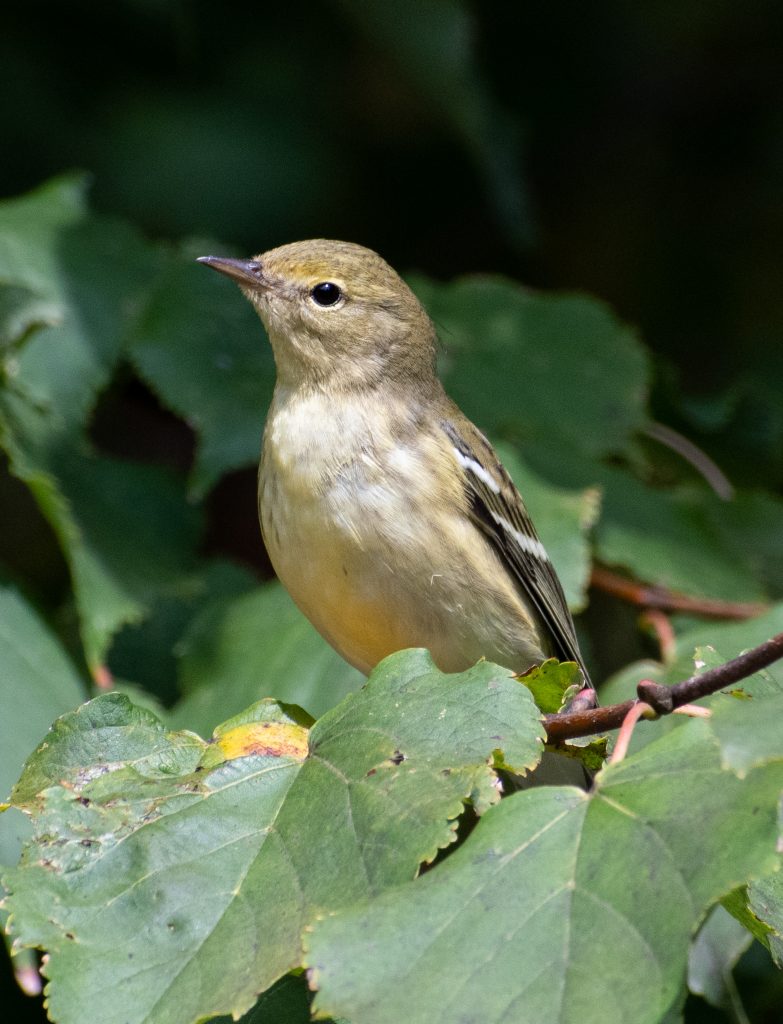