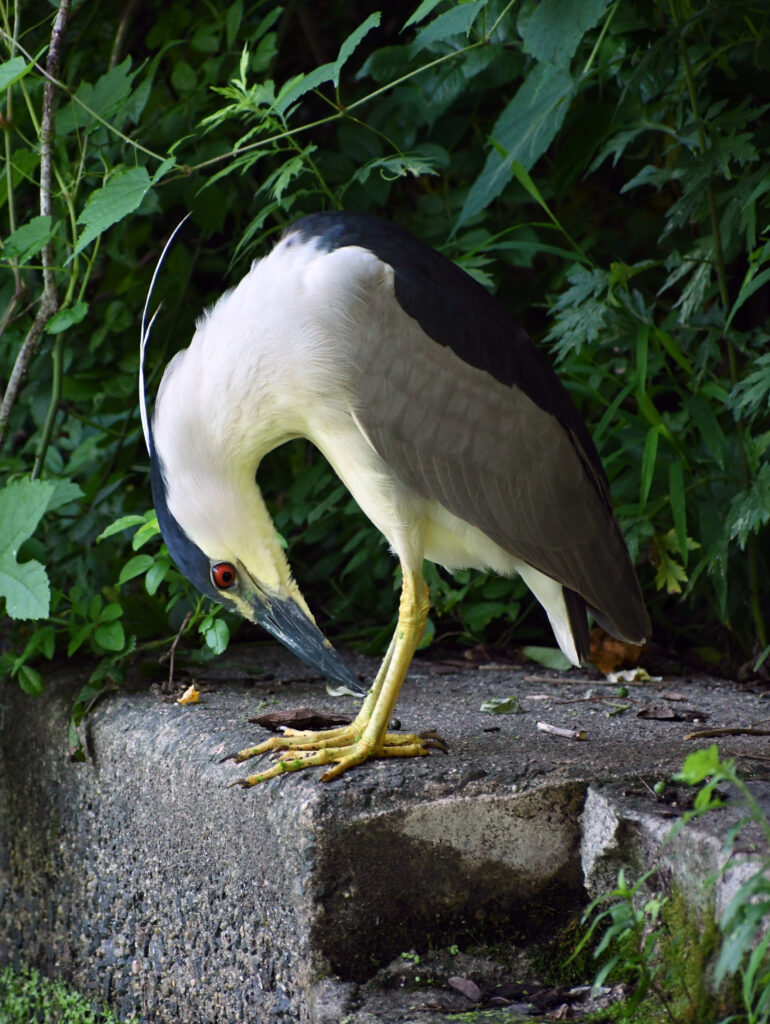 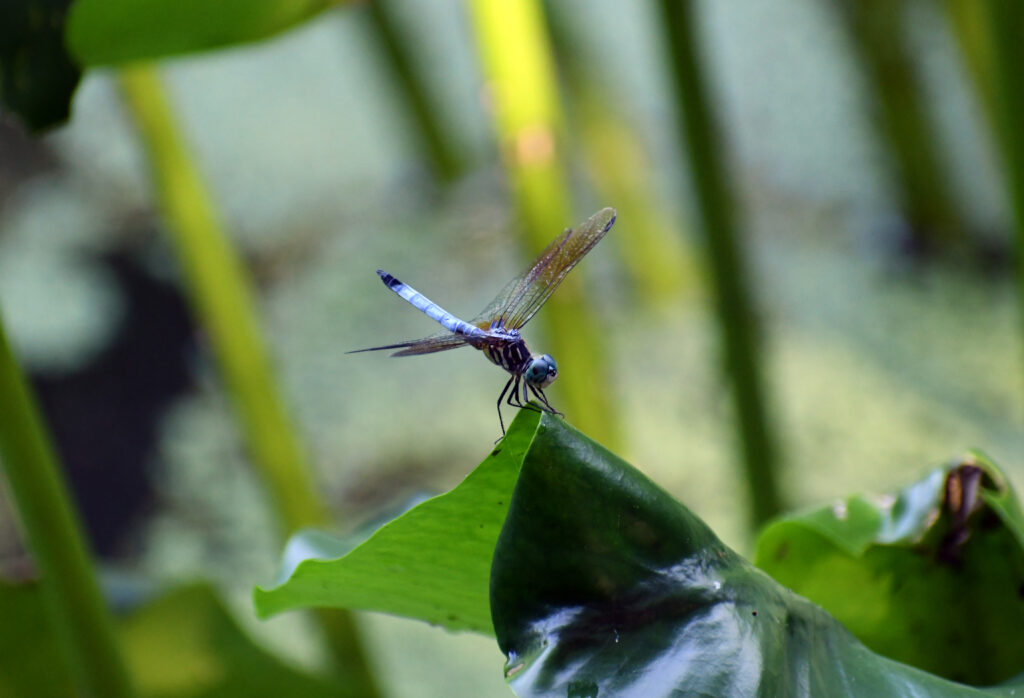 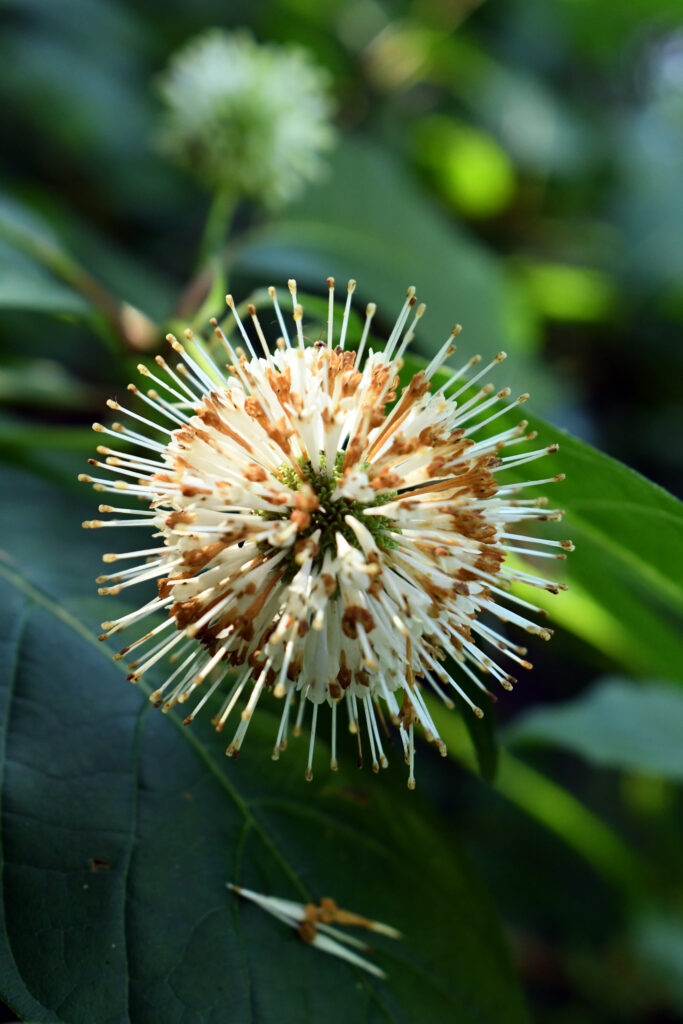 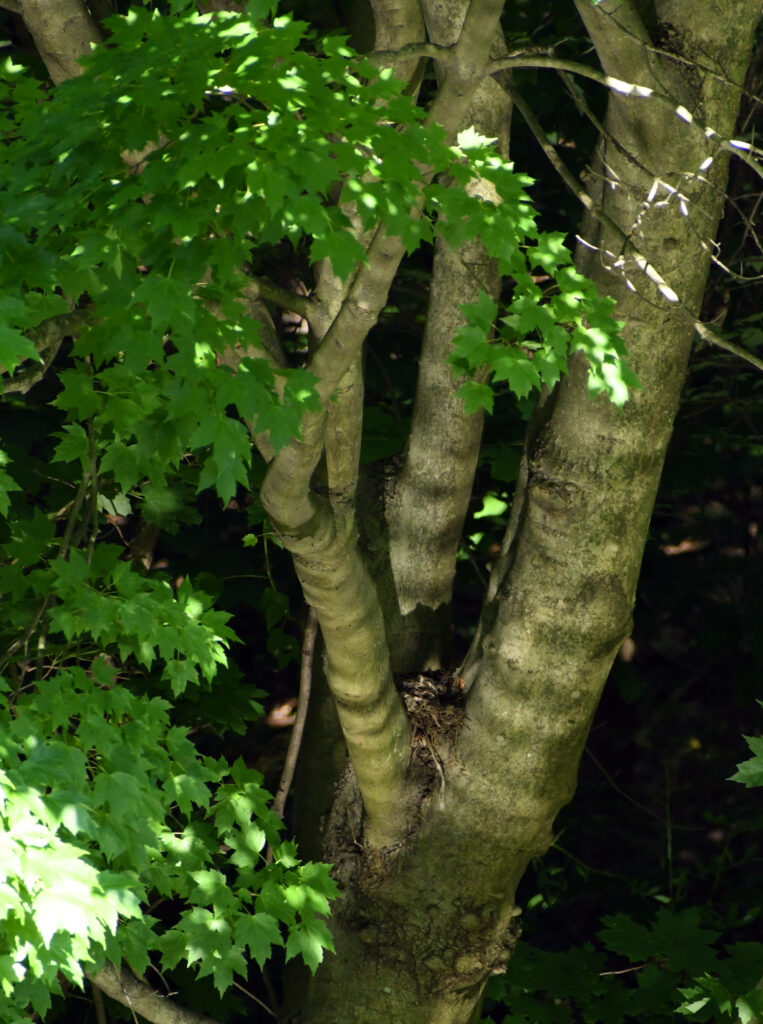 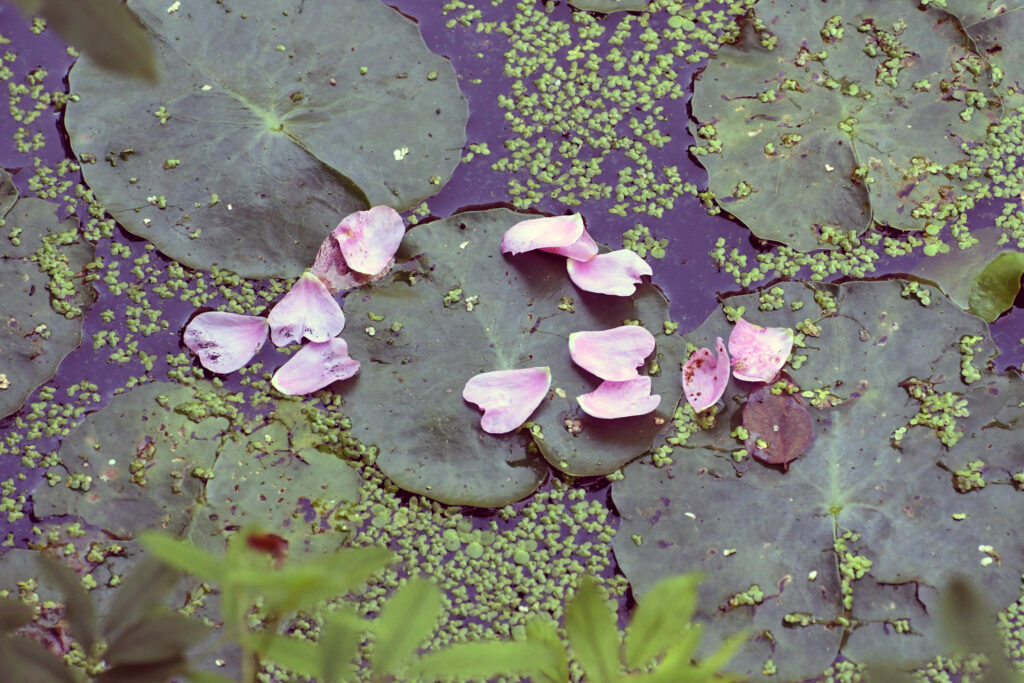 I saw this swamp rose and this black-crowned night heron yesterday, from the near side of the Lullwater, and decided to walk along the far side this morning. The swamp rose, as you can see, had succumbed to yesterday’s storm. (At home later, when I clicked on Photoshop’s color correction button, it gave the fallen petals a 1960s-era Kodacolor palette, which I decided to keep, even though it’s artifactual.) By the time I reached the last cut-in to the shore, it didn’t seem like I was going to see the heron, and I was trying to content myself with dragonflies. But when I stood to retrieve Toby, whom I’d left leashed to a fencepost, there was a confused fluttering right next to me, and the heron emerged from a bush. He flew just the length of the little clearing along the shore that I had been sharing with him unawares. At that moment three teenagers, shirtless, muddy, unshaven, talking loudly, came trundling their bikes down the path that ran next to where the heron had landed. The bird froze. I waved to the teenagers and pointed over their shoulders. The one in front did a double-take. The boys fell silent, wheeled their bikes quietly under a tree, and waited while I inched up abreast of them in a crouch and took a few dozen photos. After I got this shot of the heron in a Hippolyte Flandrin roundel, I stood up and thanked them for their patience. They wanted to know what kind of bird it was and took pictures with their phones. I left it in their company.