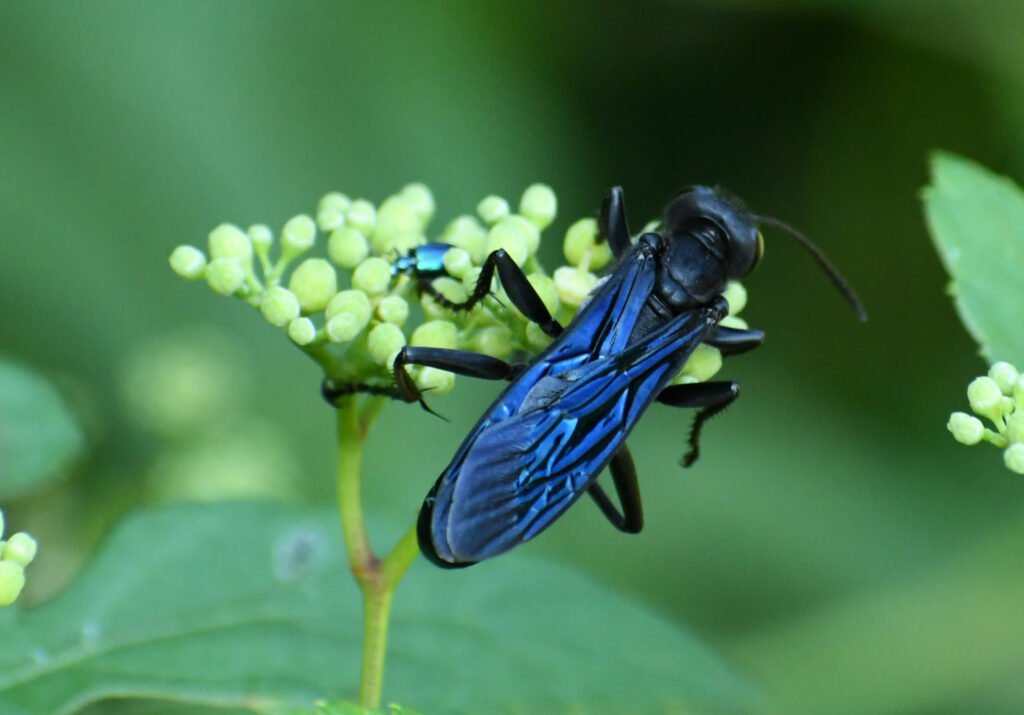 Toby was with me when I photographed this black wasp with blue wings, but then I had to bring Toby home, because the muggy heat was making him wobblier than usual, and I went back outside alone, which left me free to spend more time in the park than I probably should have. In the heat, unfortunately, the park was mostly still and dead. I did see a couple of quite beautiful, mostly black butterflies, but only one posed for me, and I made the mistake of trying to change the lens on my camera in order take a close-up; it fluttered away before I got the lens mounted. The only other thing of note was a woodpecker, high in its tree, and I was trying, ineffectually, to photograph it when a raptor crashed through the canopy, gripping a not-small furry creature in its talons, pursued by two other raptors, all of them crying angrily. 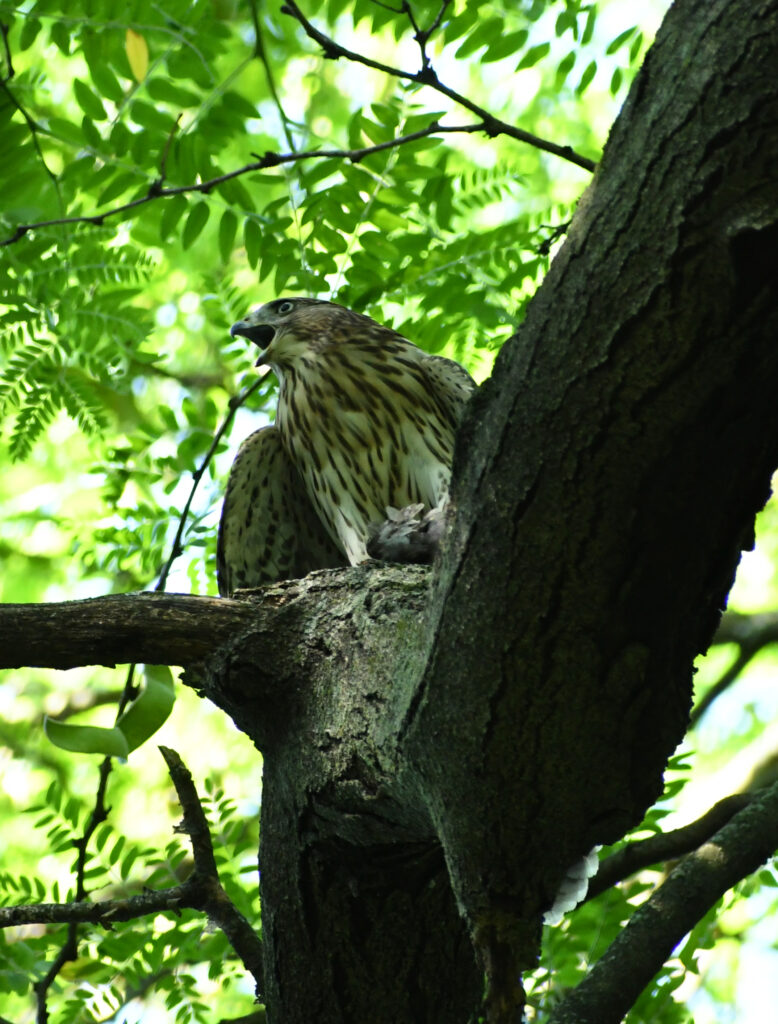 The prizewinner took his breakfast to the crook of a tree, and boasted over it, while tearing off gobbets and swallowing. He was in no hurry, and in a few minutes, several other birders caught up to us, one of whom identified the trio as Cooper’s hawks. I thought that the successful hunter must be a parent, and that the other two must be fledglings, who were hoping for a share of the parent’s meal. But now that I’m home, and can look at Sibley’s, I see that all three were juveniles, which would explain why the one who did make a kill did not share. 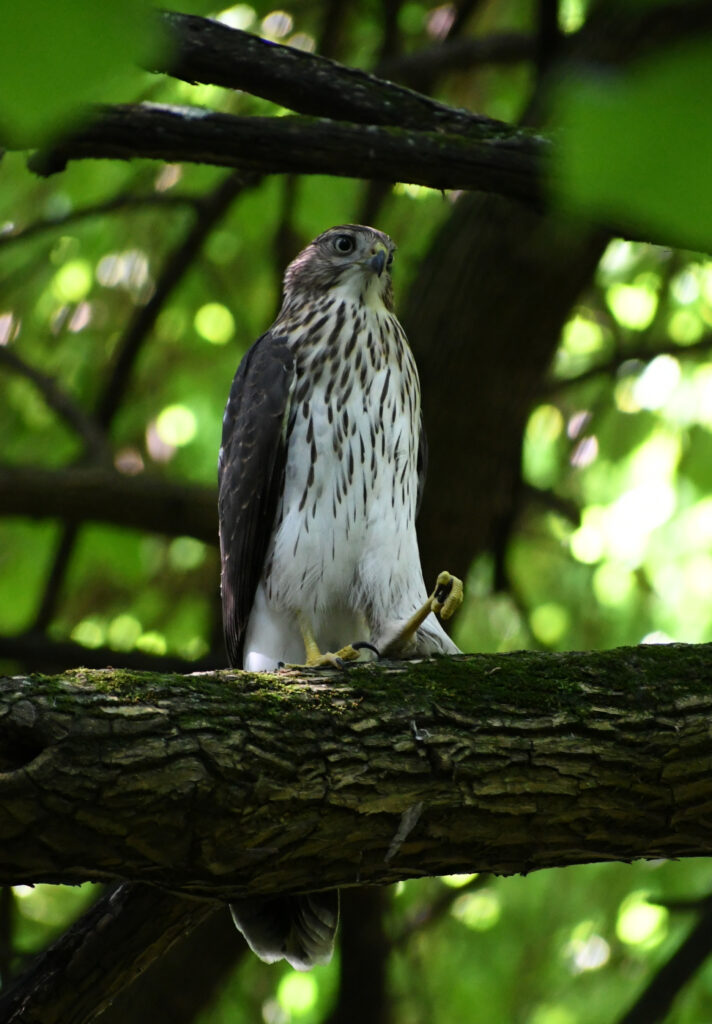 The siblings who hadn’t killed loitered on branches nearby and cried, loudly and unembarrassedly. They seemed to be asking for handouts. The raised claw, in the photograph just above, looks to me like a request—like a hawk’s version of an extended palm. 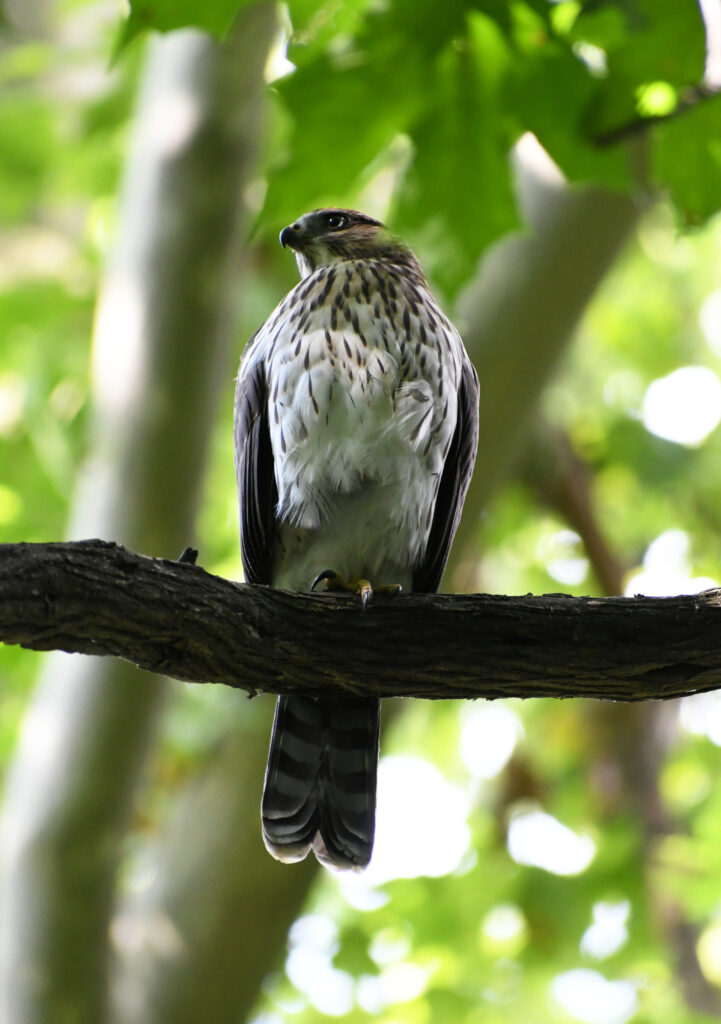 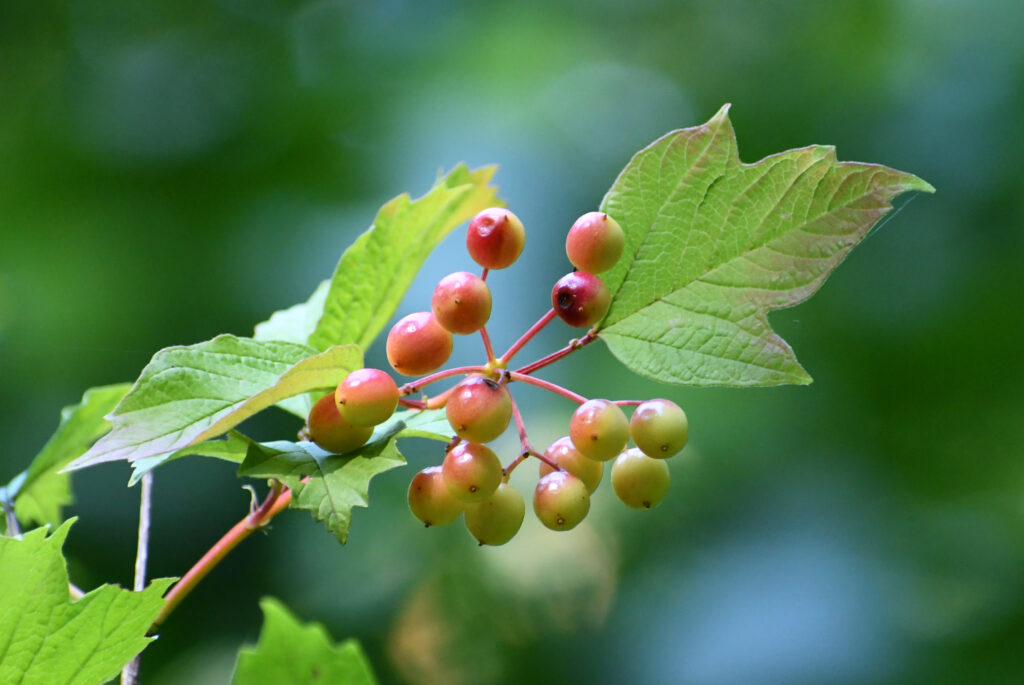