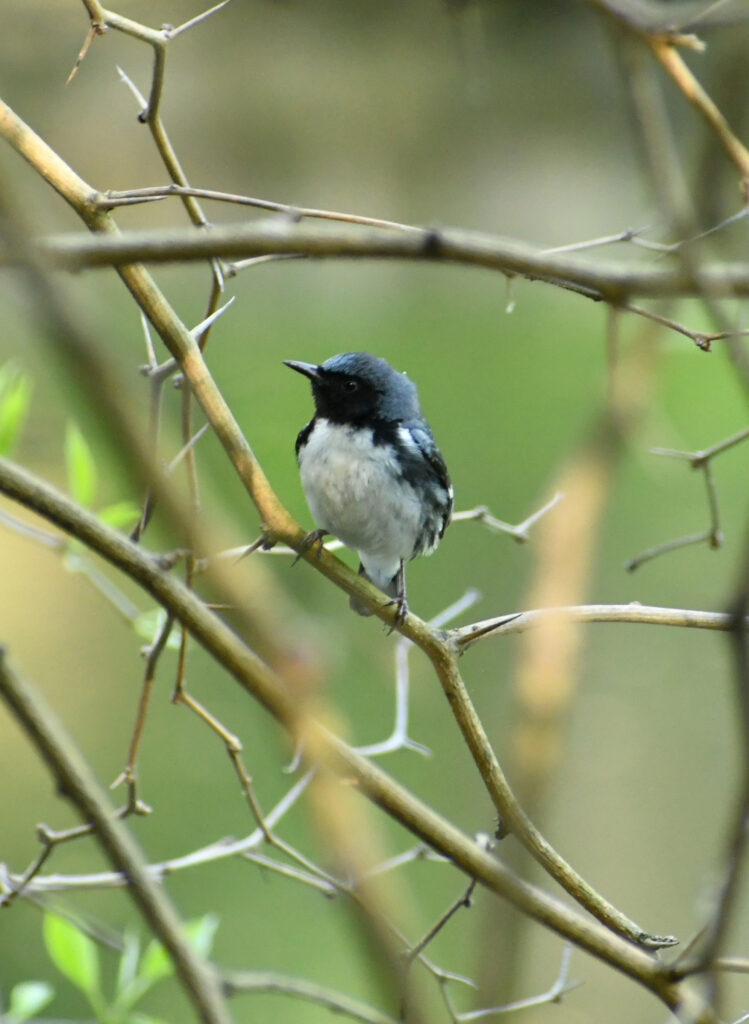 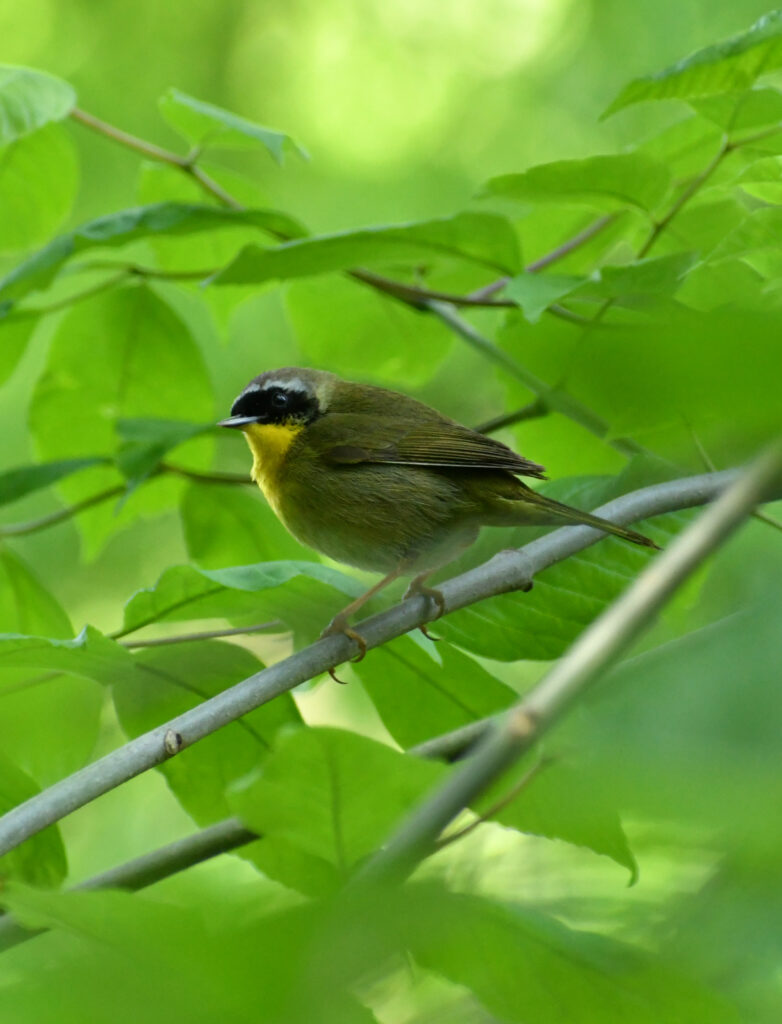 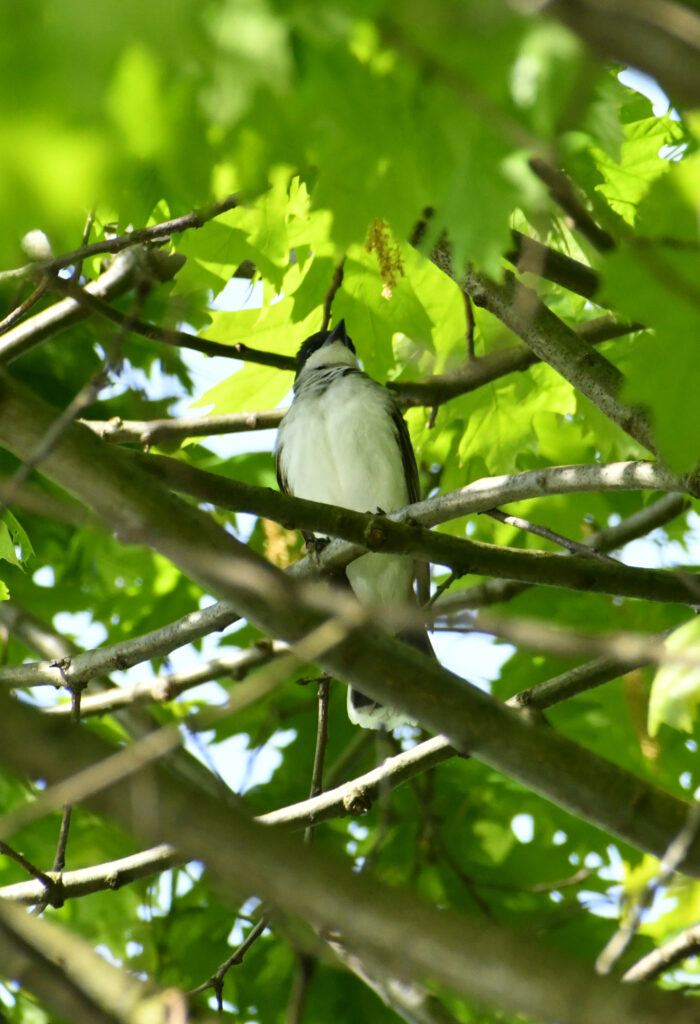 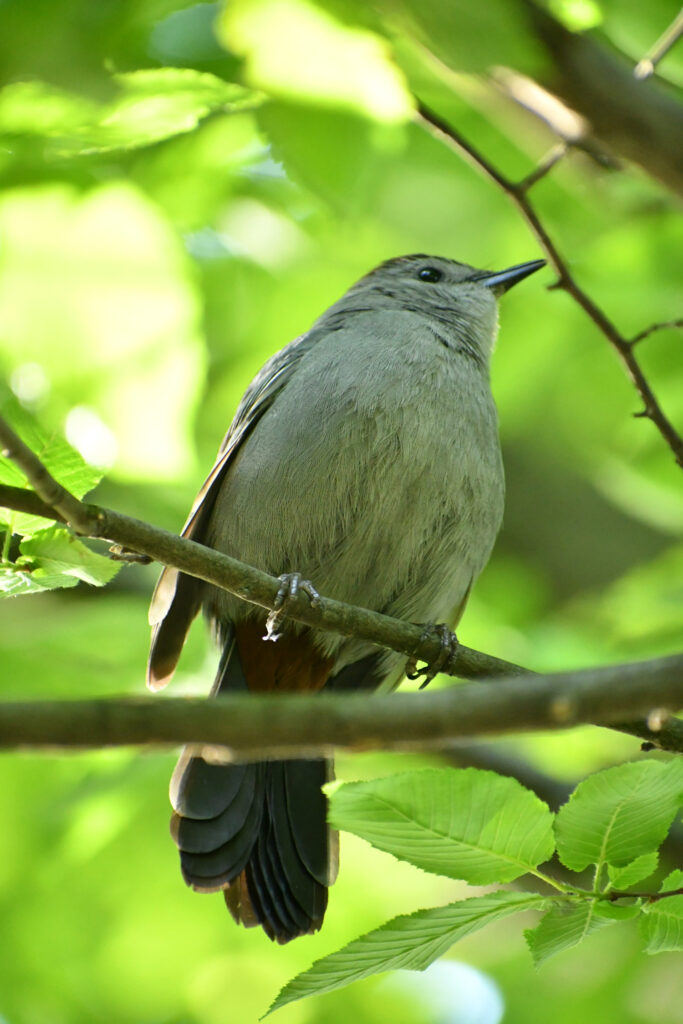 It was almost half an hour into our walk this morning before I saw any bird other than a robin, instilling in me the terrible fear, Are they gone? Followed by, Is this how I’ll feel once migration season is over? Which is apparently soon. Of course I also have the complementary fear that photographing birds has made me too object-oriented in my walks, too focused on scoring a new species, too much on the hunt to appreciate the poetry. In which case it will be good for me to lose the birds for a while.

A catbird isn’t much of a score, I know, but I’m only a birder incidentally; the goal here is just to take pictures of what I see. So I came home with a few dozen photos of catbirds today, because a number of them were sitting out on branches in good lighting just a few feet away, unruffled by either twitchy me or clumsy Toby. Posing, really. I can’t resist taking a photo even of an obvious bird if it’s close enough that I can see the little filaments in its feathers.

Maybe the birds were hiding this morning because it was cooler, with a bit of wind? I was so grateful when at last I saw a common yellowthroat, a species that I had been starting to take for granted. Then I saw a few American redstarts, flicking their tails about, but not in light where the photos came out, and then something long and pale gray, that I couldn’t get a good enough photo to identify.