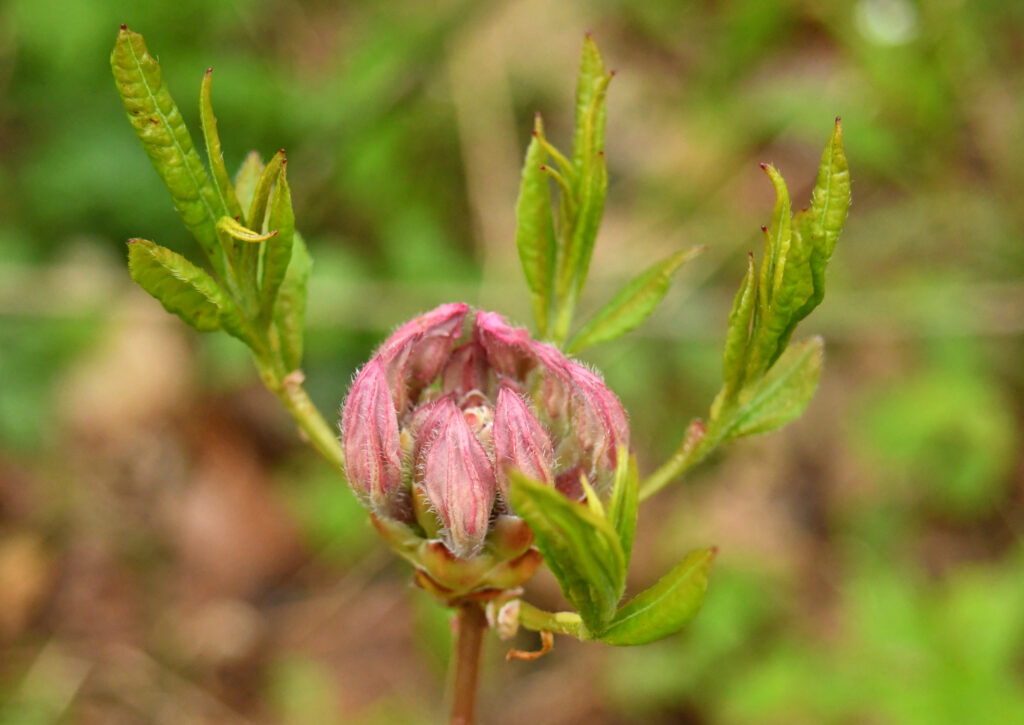 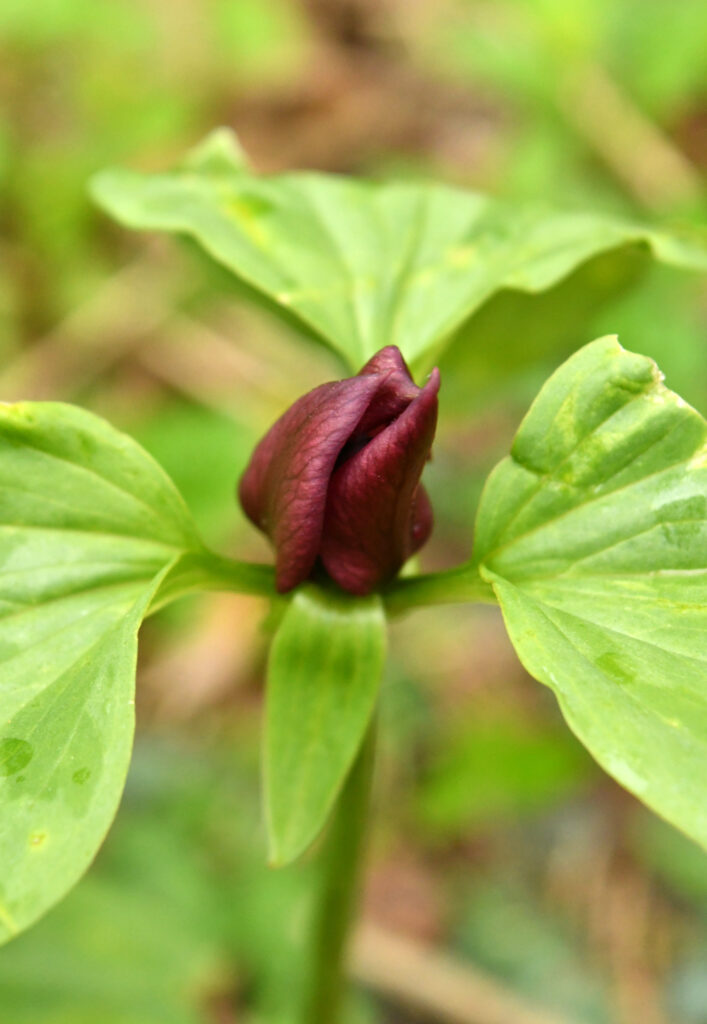 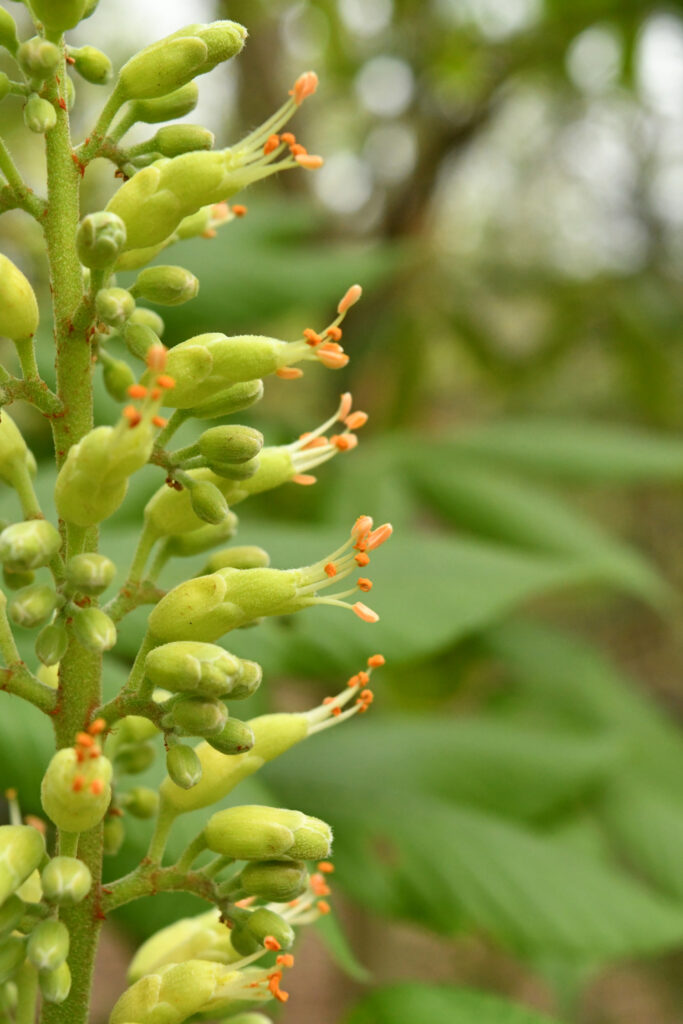 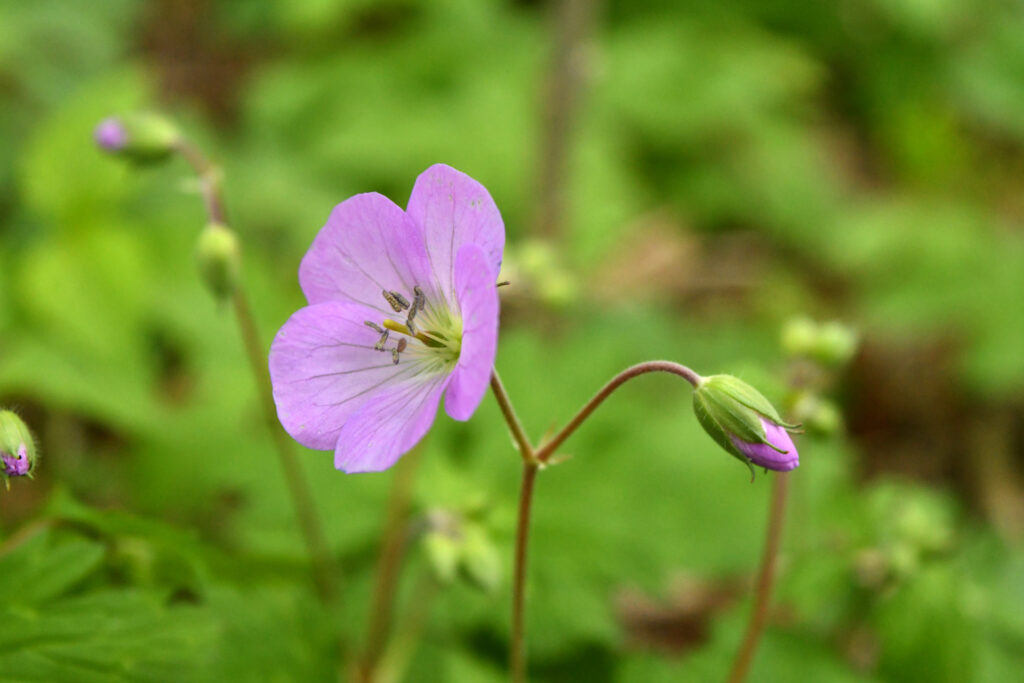 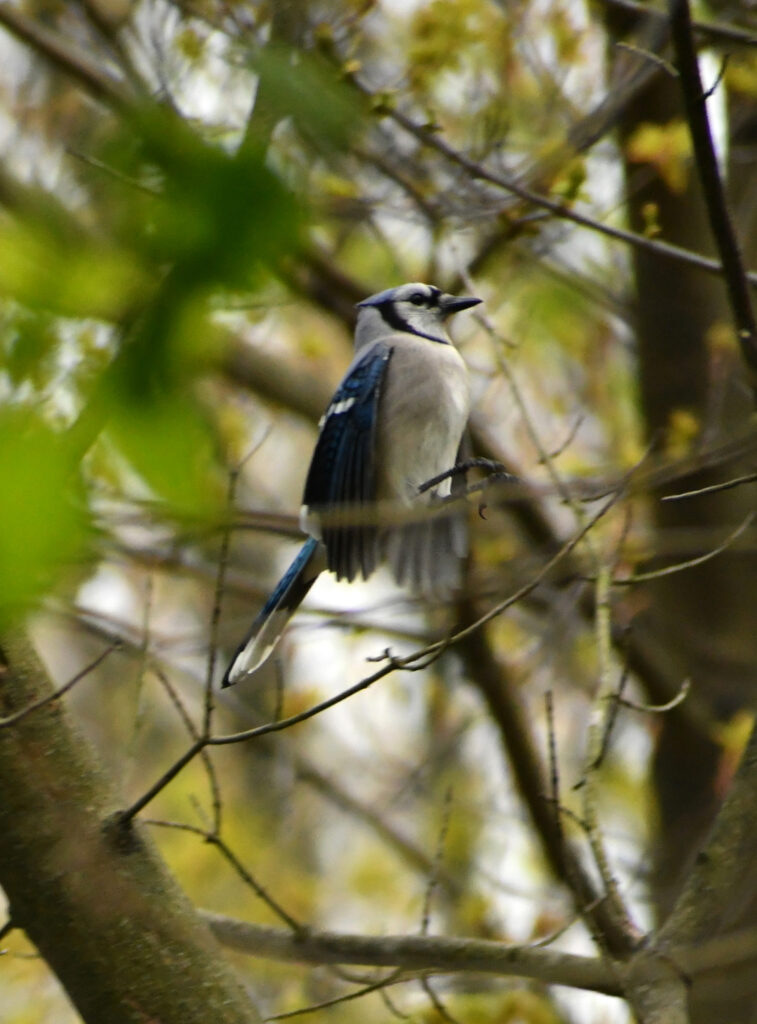 This morning a soft gray light was being diffused from an overcast sky, which would have been great to photograph birds in, but they were hiding, at least from me. Except this blue jay, who I managed to snap mid–down stroke. Before I started photographing on the morning dog walks, I think I imagined that I would quickly find blue jays too common to worth photographing, but it turns out that they’re so restless that I almost never manage to get the lens up before they’ve launched.

I did also photograph a common yellowthroat, but from too great a distance to be worth posting, and from a similar distance something that looked like a hermit thrush but had a rufous cap—maybe a palm warbler? The streaks on its breast were black not red, though.

There are starting to be interesting flowers, but I’m even worse at identifying flowers than birds. Let me know if you can tell what any of these are! Maybe the pink-lavender one is some kind of petunia? The big stalk of yellow buds is from a tree—a common horse chestnut, I think, but I’m not sure.

I wear a face mask to get into the park, but it fogs my glasses up, so once I’m on a side path, I unloop one ear, looping it back up again when I see someone approaching. To slow the fogging, while masked, I find that unconsciously I hold my breath, which leads to an anxious awareness of thudding in my ears, which reminds me to breathe again.