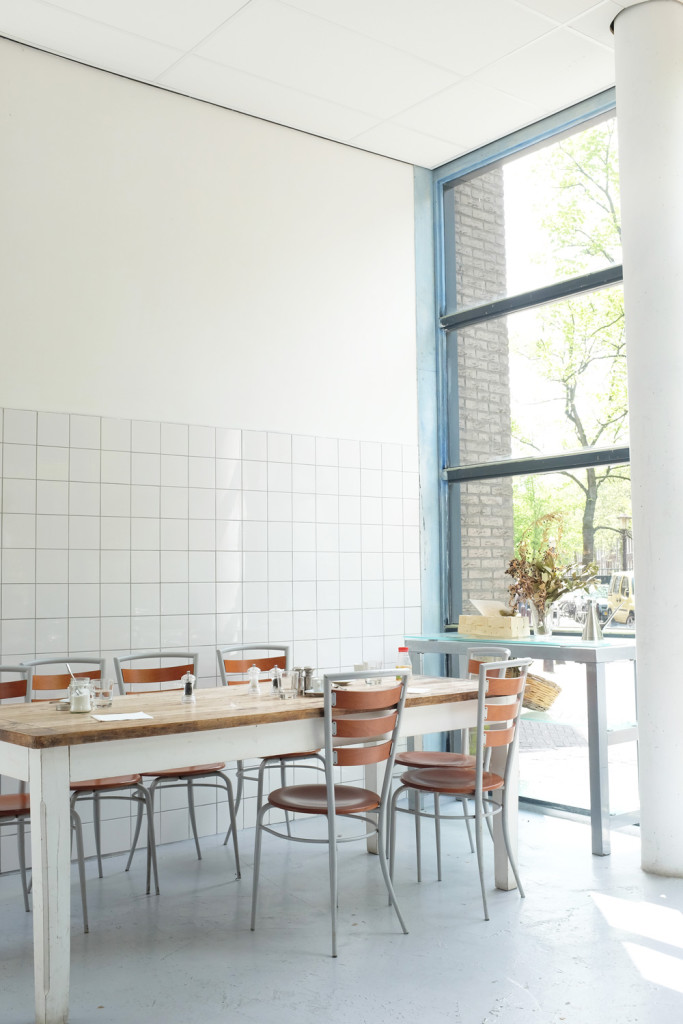 Can we eat here? I wondered, yesterday evening, as Peter and I, on vacation in Amsterdam, walked past the large windows in the photograph above. A sign taped to the glass promised fresh pasta, but although we could see a large, inviting table, I didn’t see anyone eating at it, and it seemed possible that the establishment sold pasta for takeaway only.

We could definitely eat here, a young Italian woman assured me. She explained that the chef makes ravioli and other pasta in the space—he was milling fresh noodles at a long worktable behind her as she spoke—and that they do sell it for takeway, but that they had just decided to start letting people eat on the premises as well. Peter and I were on our way to a reservation elsewhere, but she translated for us extemporaneously from a list of their ravioli, which included one of provolone picante and lemon, and one made of the local Dutch white asparagus and ricotta, and gave us a card.

Today we returned for lunch. Three Dutch men were eating at the large table, but the young woman cleared some of her things off of a smaller, square table for us. “You’re our first customers,” she said, apologizing for the improvisation. After some discussion with the chef, she placed our table near a cabinet full of artichokes in oil and drew up two chairs. When she saw me admiring the artichokes, she opened the cabinet doors and invited me to take a picture, saying she had arranged them herself. She brought out a Sardinian textile and draped it over one of the open doors, to make the tableau even prettier. 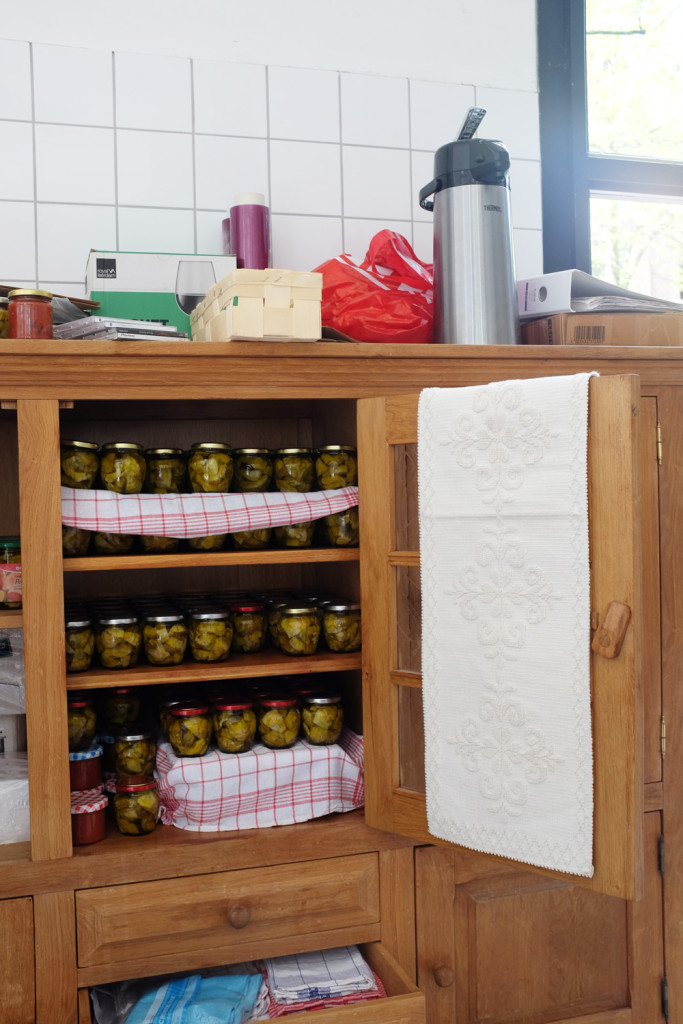 The restaurant/ravioli factory is called Salvatorica, which, the young woman told us, is the name of the chef’s mother. It’s a typical Sardinian name, the woman said, and not only do she and the chef come from the island, but so do all the pasta’s ingredients—she pointed to bags of Italian flour behind refrigerator. The chef and his sister, she said, harvest the artichokes by hand. 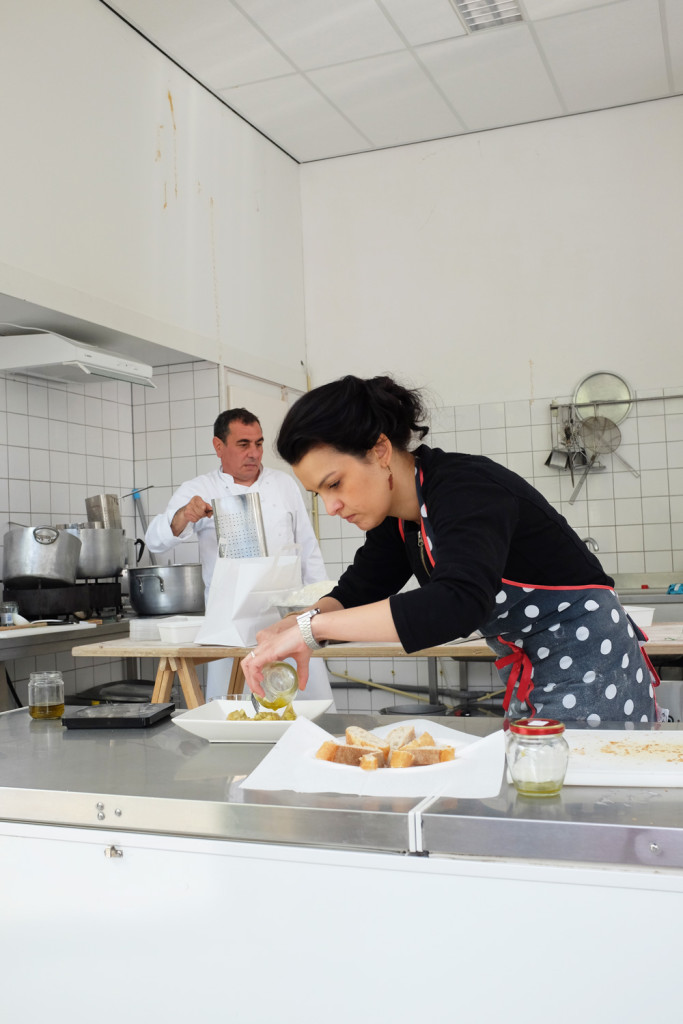 After offering to open a jar of the artichokes for us as an appetizer, the young woman ran through the kinds of ravioli again. A tomato sauce was available, though the chef recommended only olive oil for some of the flavors of ravioli. He had just made some tagliatelli, which he was preparing with artichokes and bottarga; Peter ordered that. I asked for ravioli with pumpkin and porcini, a Sardinian specialty, which came served with olive oil and parmesan. 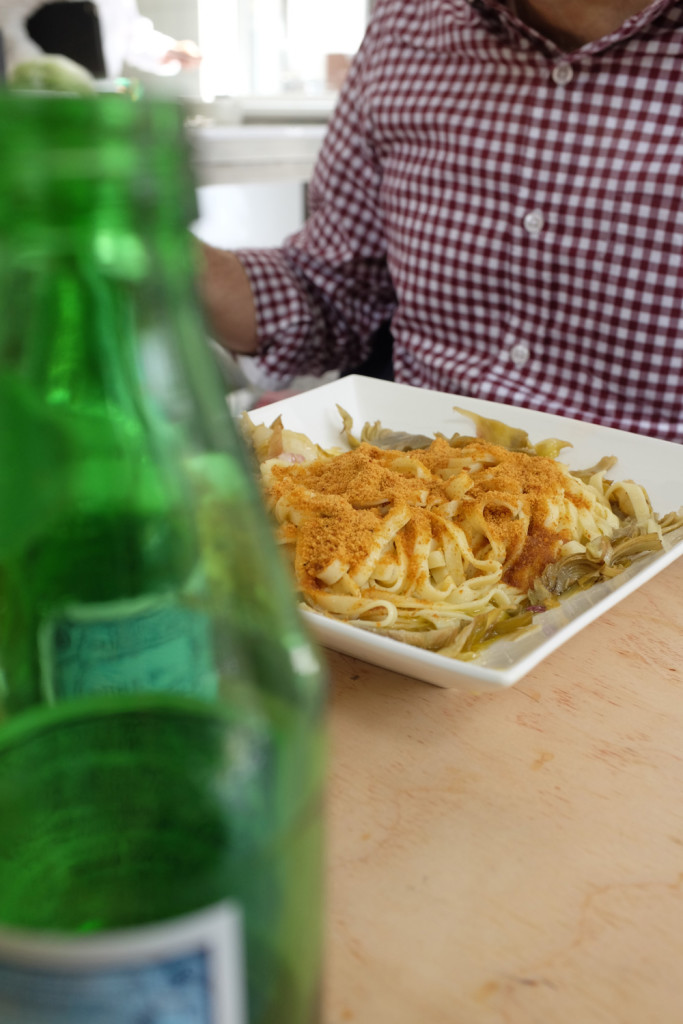 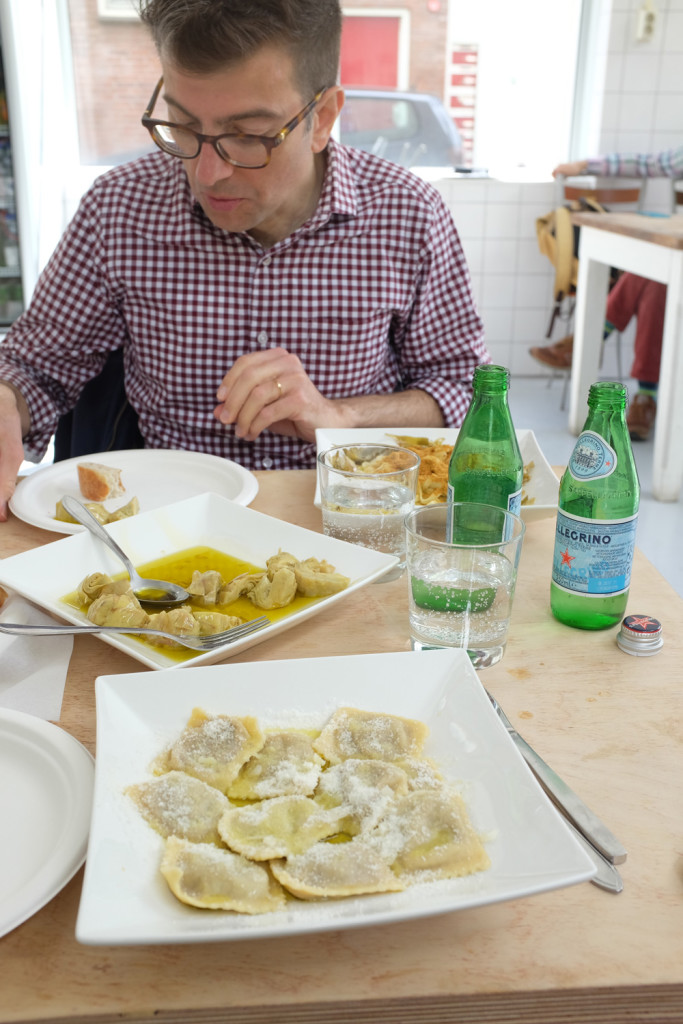 The food was as good as it looks in the photos. The pumpkin in the ravioli was sweet and ever so slightly tart; the shell of the ravioli melted in one’s mouth. The tagliatelli was fruity on account of the olive oil and rich on account of the bottarga, and it had a little bite thanks to a clove of garlic. We cleared our plates. Afterward, the young woman gave us a Sardinian dessert made out of yoghurt, a blackberry marmalade (prepared by the chef’s sister), and a topping of individual blackberries (picked by the chef’s mother). Then she took down from the top of a refrigerator and shared with us a hand-carved wooden bull’s mask from Sardinia, which the chef had recently been given as a groomsman’s present at a wedding.

As charming a lunch as I’ve ever had. Highly recommended! 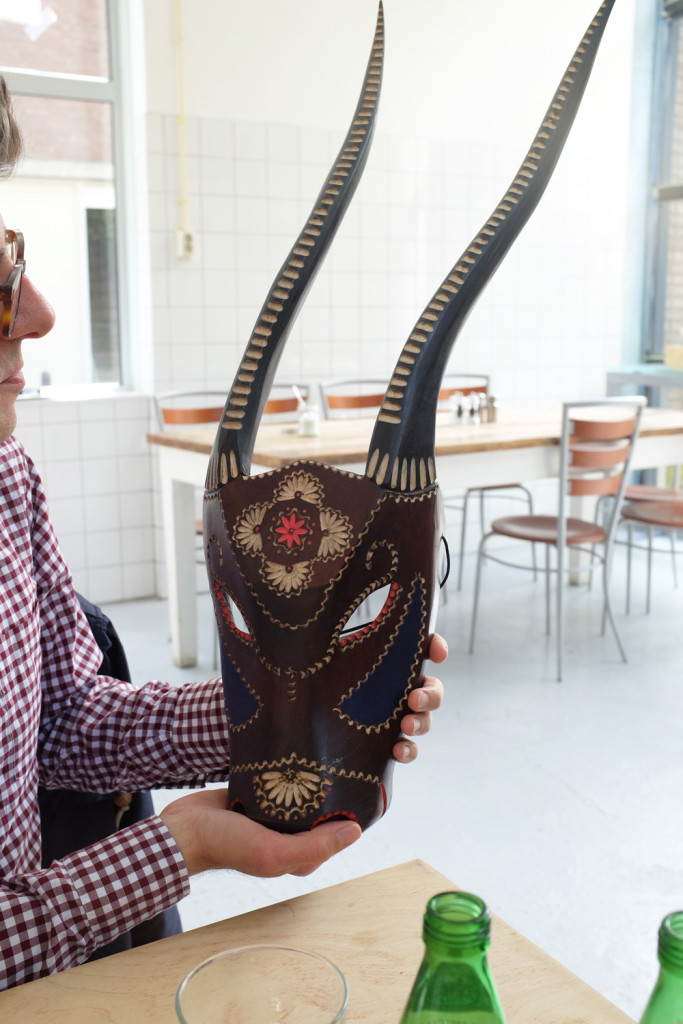 Salvatorica. Lijnbaansgracht 71 (at the corner of Anjelierstraat), Amsterdam. 020-758-06-19. Dining or takeout. I think they’re open from noon to 8pm, but I’m not 100% sure. They can’t take credit cards, so bring cash unless you have a Dutch bank card. 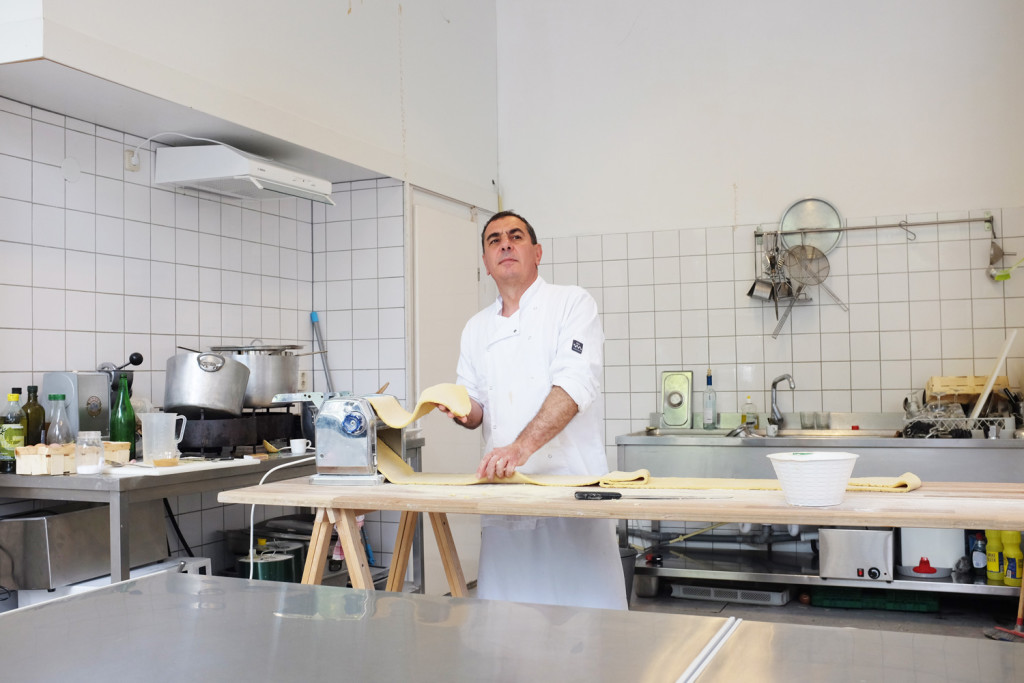