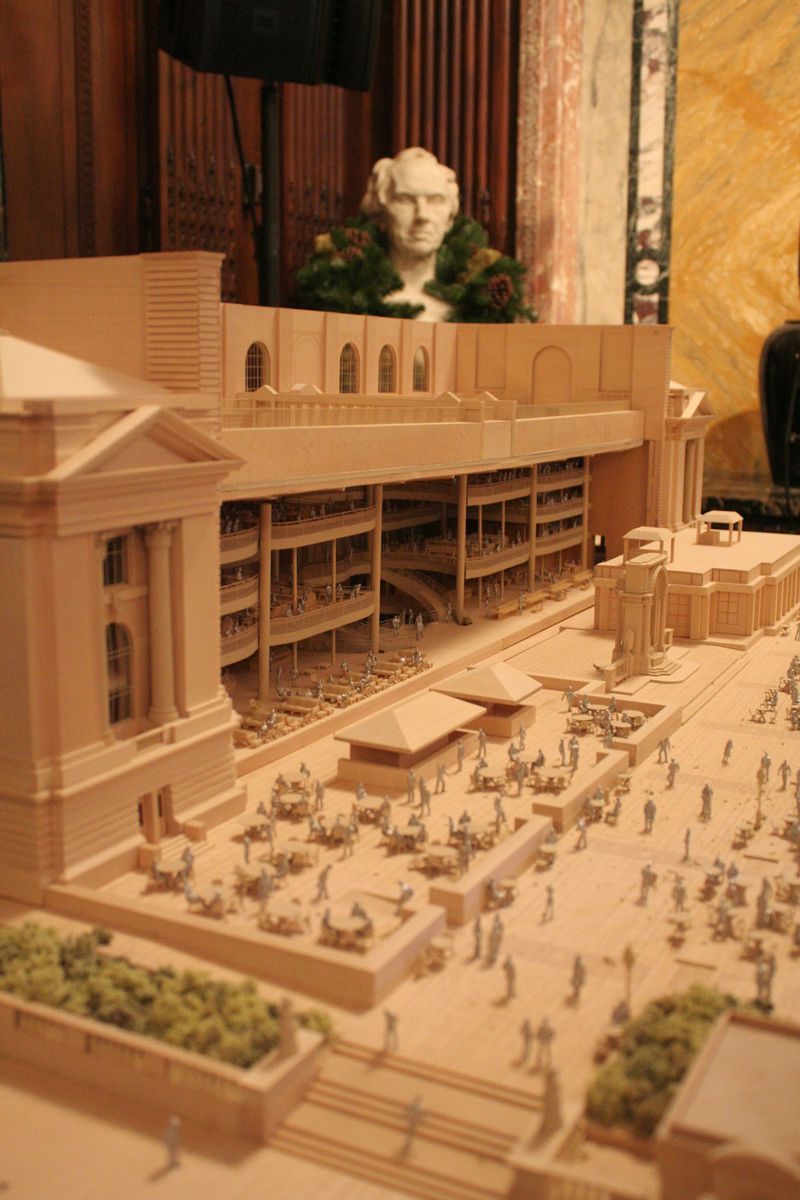 This morning, I attended a press event at the New York Public Library for the unveiling of Norman Foster’s architectural plans. The library administrators’ proposal to replace the bookshelves of the 42nd Street research branch with a new circulating library has been controversial, and I was curious to know what the proposed renovation actually looked like. I’m still mulling over my impressions, but I want to convey two things, quickly (and to post my photos of the architectural model, which doesn’t seem to be available on the library’s website).

The first is that I am deeply grateful to the administrators and trustees of the library for agreeing to double the library’s storage capacity under Bryant Park. Library trustee Abby Milstein and her husband Howard Milstein gave $8 million to the library in September, for the purpose of outfitting the second, currently unused level of the Bryant Park Stack Extension, soon to be renamed in the Milsteins’ honor. The library administrators’ original plans called for a reduction of onsite book storage from 4.5 million to 1.5 million volumes, but thanks to the Milsteins’ gift, the reduction will only be to 3 million. I appreciate the generosity of the Milsteins and the flexibility of the library’s trustees and administrators.

The second is that I remain a skeptic of the proposed renovation nonetheless (though out of a recognition of personal limits, probably a less vocal one than I was last spring). Books used to arrive in the Rose Reading Room via an elevator under the delivery desk in the center of the room. Squinting at the architectural model this morning, I saw that the space under the delivery desk is now empty, so during the question-and-answer period, I asked how books would arrive under the new plan. There’s currently a conveyor belt that brings books from the Bryant Park Stack Extension into the library building, and in reply to my question, Marx said that a second conveyor belt would be added to it, and a new elevator built somewhere on the south end of the building. The architectural historian Charles Warren followed up my question with a few others: Would the new elevator be put where the Art and Architecture reading room is now located? No, it was to be to one side, probably in the southeast corner of the Rose room. How would books get from the southeast corner of the Rose to the delivery desk? There might be room to build yet another conveyor belt in the crawl space between the floor of the Rose Reading Room and the drop ceiling of the new circulating library. Was this crawl space large enough for a person to walk in it? No. Then how would the conveyor be repaired if it broke?

Marx and Foster assured Warren that they would be able to come up with an answer, and I have no doubt that they can and will. But it seemed telling that getting the books into the reading room was an afterthought, a detail not yet worked through. In Carrère and Hastings’s original plans for the 42nd Street building, the concern was central. The whole structure was designed around it. I look forward to reading what others, especially architecture critics, make of Foster’s plans. 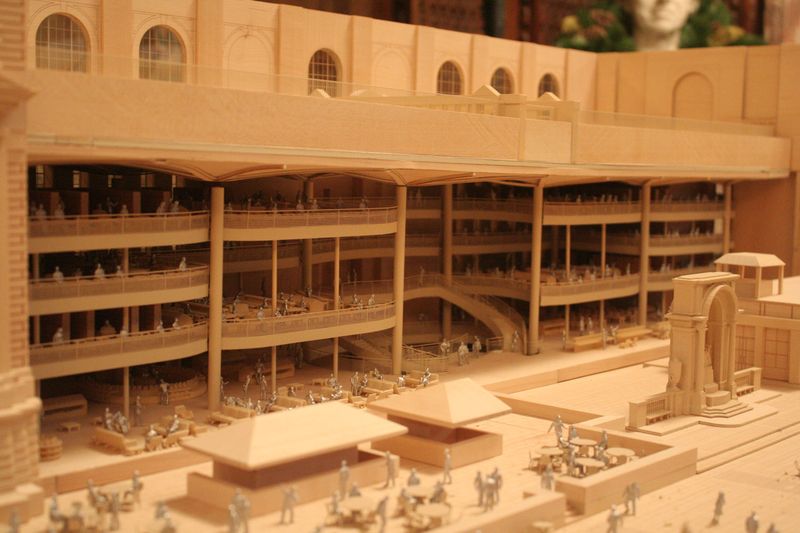 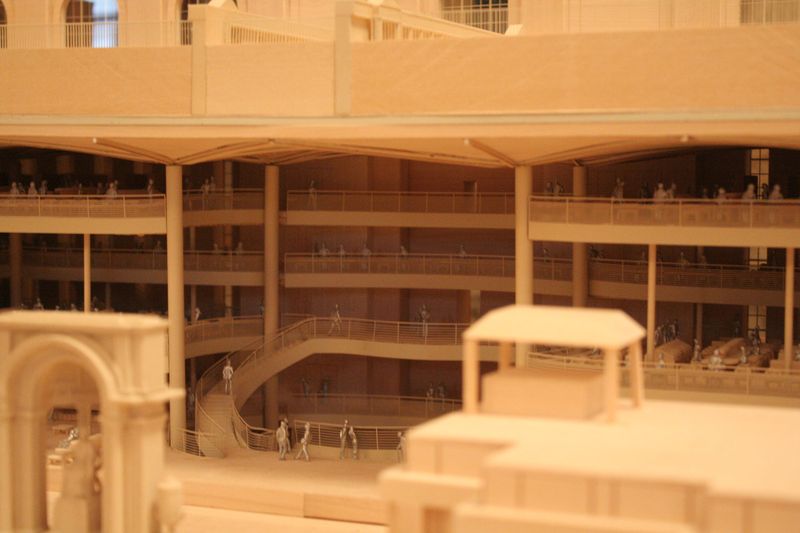