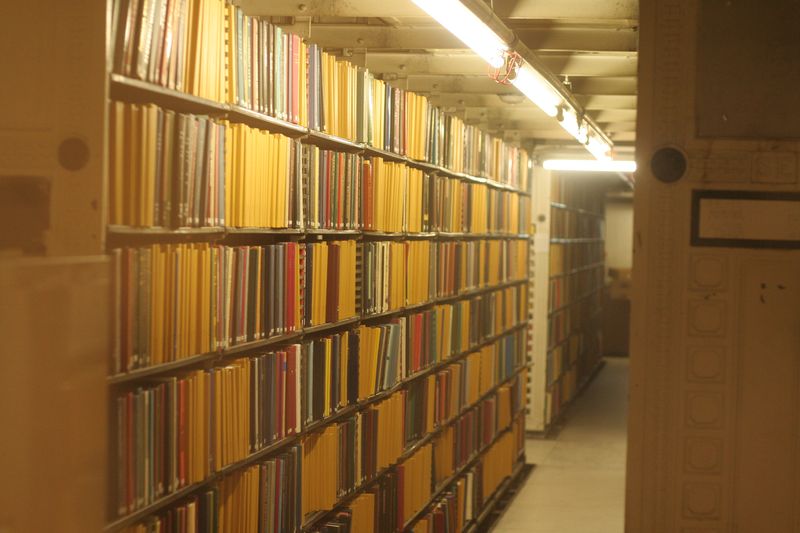 In its recent publicity statements about the Central Library Plan, the New York Public Library has begun to assert that the 3 million books shelved on the stacks underneath the Rose reading room of the 42nd Street building are in peril. Tonight, at a meeting of the Municipal Arts Society in the Brooklyn Public Library, the NYPL president Anthony Marx went so far as to say that "our patrimony is in jeopardy." However, the administrators haven't yet said what kind of peril the books are in, or whether there are any measures that might resolve the problem short of what the administration wants to do: gut the shelving and ship the 3 million books they contain to New Jersey. 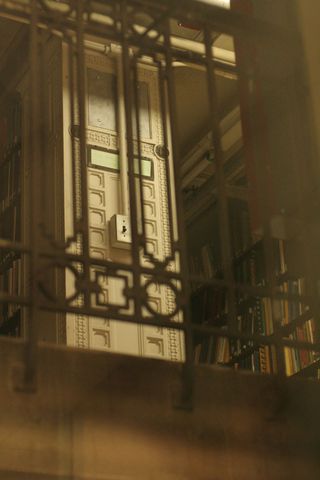 In fact, an HVAC system was installed in the stacks in the 1980s. It's probably not state-of-the-art any more, but it seems unlikely that the books are in imminent danger. Couldn't materials that are especially fragile be shifted to storage areas with better preservation conditions, perhaps in the Bryant Park Stack Extension? If there's concern about light, couldn't UV filters be added to the windows overlooking Bryant Park at relatively little expense?

If you'd like to see for yourself the condition of the stacks, you can. (Or if you'd just like to say good-bye.) On the first floor of the 42nd Street building, enter the South Court, walk straight to the back, and turn left into a narrow corridor. The South Court was built in what used to be a staff parking lot, and you'll be standing right next to what used to be an exterior of the main building. You can peer through the windows into the stacks themselves. (If you have sharp eyes, you can probably look into the stacks through the windows along the Bryant Park facade of the building, too, but I don't have such sharp eyes.) In South Court you can walk right up to the windows, put your camera next to the glass, and take pictures like these. There's a certain amount of junk lying around, including a photocopier mummified in plastic and unused chairs. But it looks more or less the way institutional Carnegie-era shelving usually looks: hardly glamorous but quite rugged.

2 thoughts on ““Our patrimony in jeopardy”?”