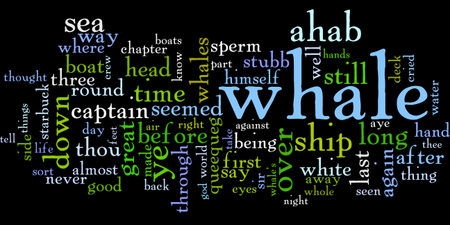 In case you were wondering, if you cut and paste the entire text of Herman Melville’s Moby-Dick into the new online widget Wordle, you can get a picture like the one above, featuring the seventy-five words that appear most frequently in the novel. I stipulated for all words to appear in lower-case, so that “whale” and “Whale” would be counted together. If you ask for the top three hundred sixty-five words, you can get a picture like this:

Note that the name “Ishmael” appears in neither. It didn’t show up when I asked for the five hundred most popular words in the novel, either. (Here’s a link to the PDF, in case anyone wants to print it out.)

UPDATE, 30 June 2008: Since Michael asked, you can now buy T-shirts. I made one version with just the Moby-Dick word cloud, and another that has that on the front and Billy Budd on the back. 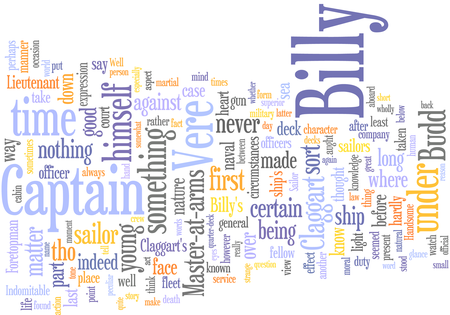