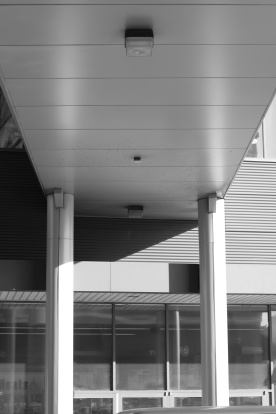 A photograph I took of Bruce Ratner’s Atlantic Center Mall (not the one to the left, however) illustrates the Letters column in the fifth issue (winter 2007) of n+1, which just arrived in my mailbox yesterday.

I’m not altogether sure my photography deserves such company or such exposure, but I had a lot of fun taking the pictures. The best of the rest of that day’s shooting is viewable here. I didn’t intend the photograph to the left seriously, but as a joke on Walker Evans’s famous shot of the underside of the Brooklyn Bridge, which illustrated an early edition of Hart Crane’s The Bridge: "Under thy shadow by the piers I waited . . . ."