Peter has been reading Jonathan Lethem’s essay collection The Disappointment Artist, and he reported to me yesterday morning that, according to Lethem, Montgomery Clift is buried in Prospect Park. Not only that, but I walk past his grave whenever I take the dog to the Nether Mead.

Forgotten New York confirms it. When the park was laid out, it surrounded a Quaker cemetery but didn’t absorb it, and the cemetery survives, like a mitochondrion inside a eukaryote. It’s still private property. Since it was nice here yesterday, I took my camera and walked around the barbed-wire perimeter. Just up from a baseball field, in a sort of alcove under some trees, there’s a decent sight line, but not a great one. A sleeping man in a camouflage shirt, boots, and a trucker’s hat roused himself for just long enough to assure himself that my presence was no more than documentary. No sign of Clift per se. (The whole thing is completely invisible in Google Earth, by the way, because their satellite pix were taken in summer, and the tree canopy covers it.) 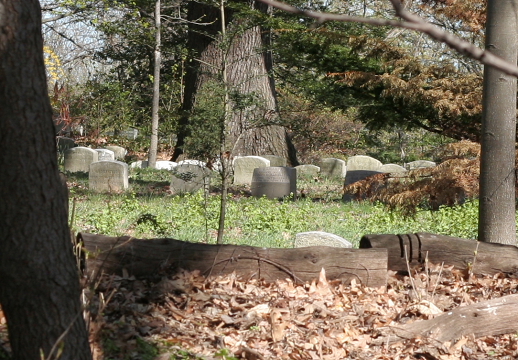 Since I had the camera out, I also took this, an exposed cross-section of the layers that compose our street. We have no running water during the day this week, which is so nineteenth-century it’s eighteenth-century. 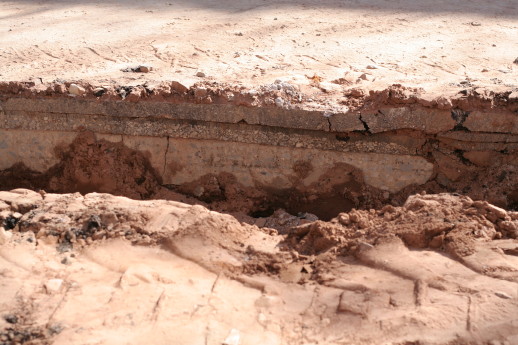