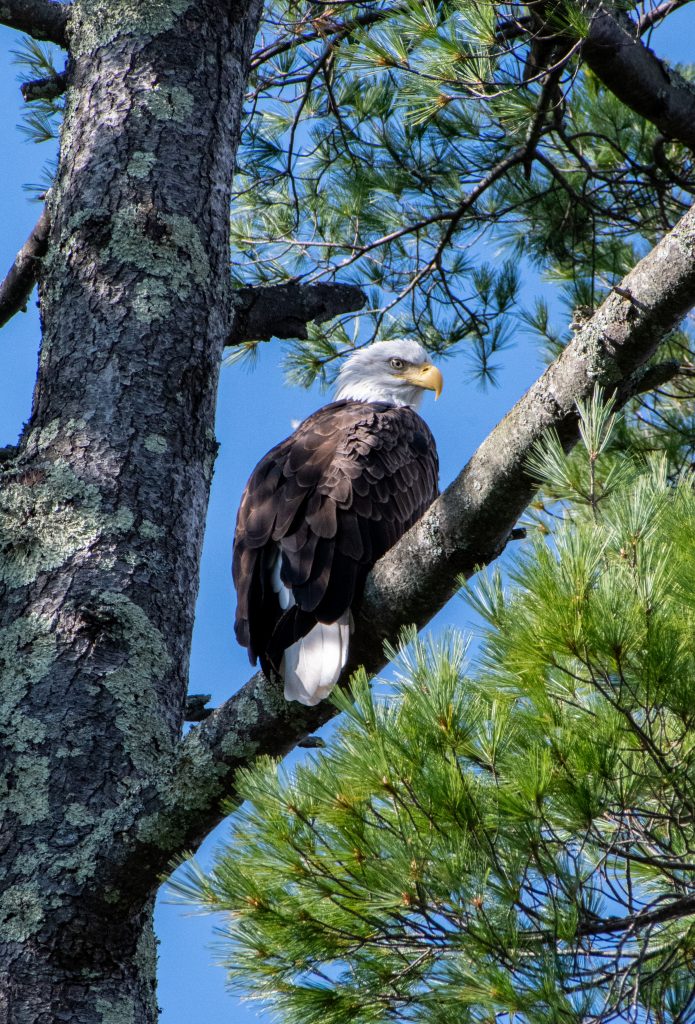 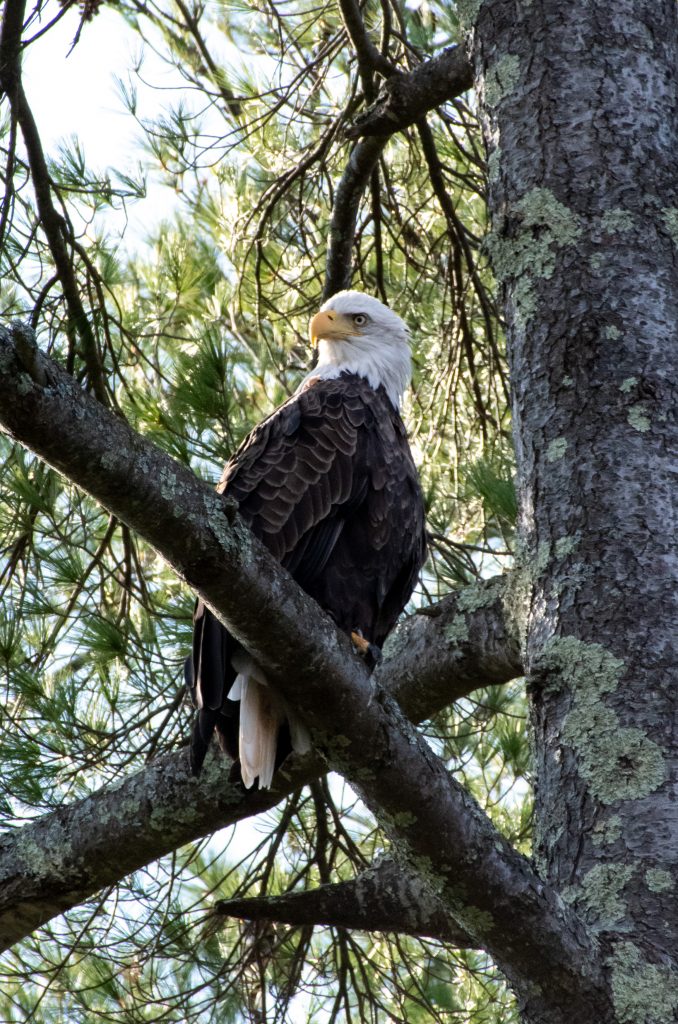 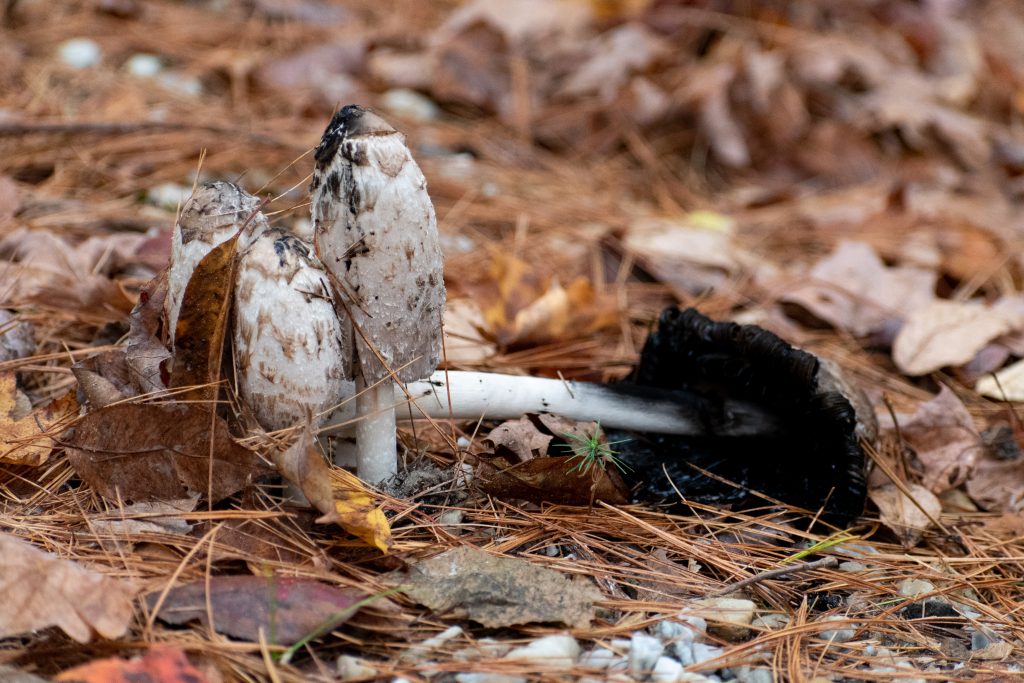 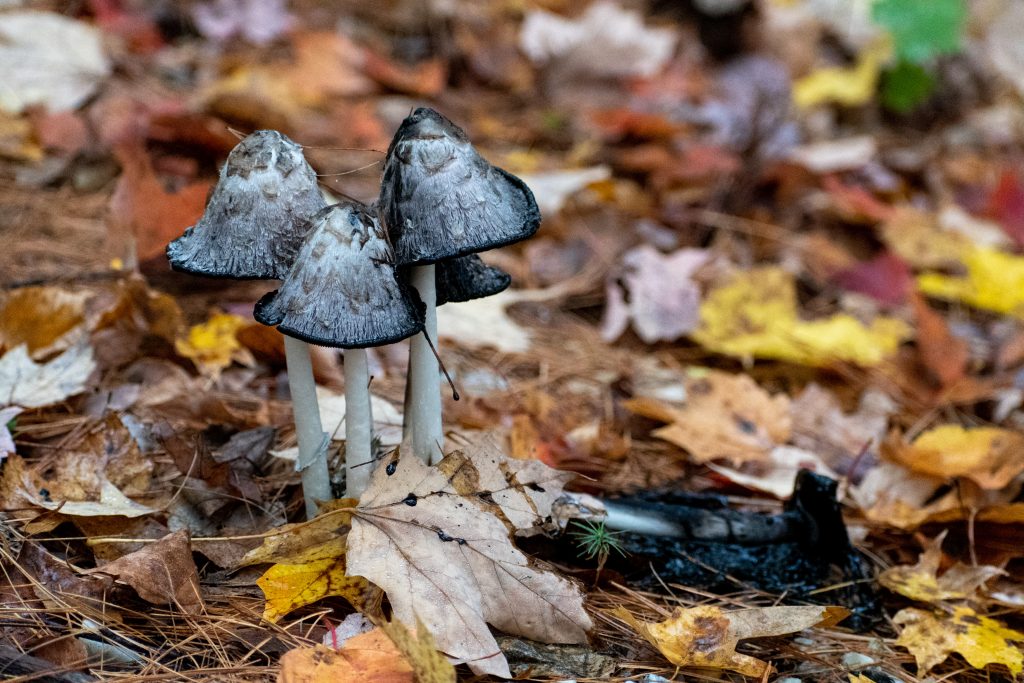 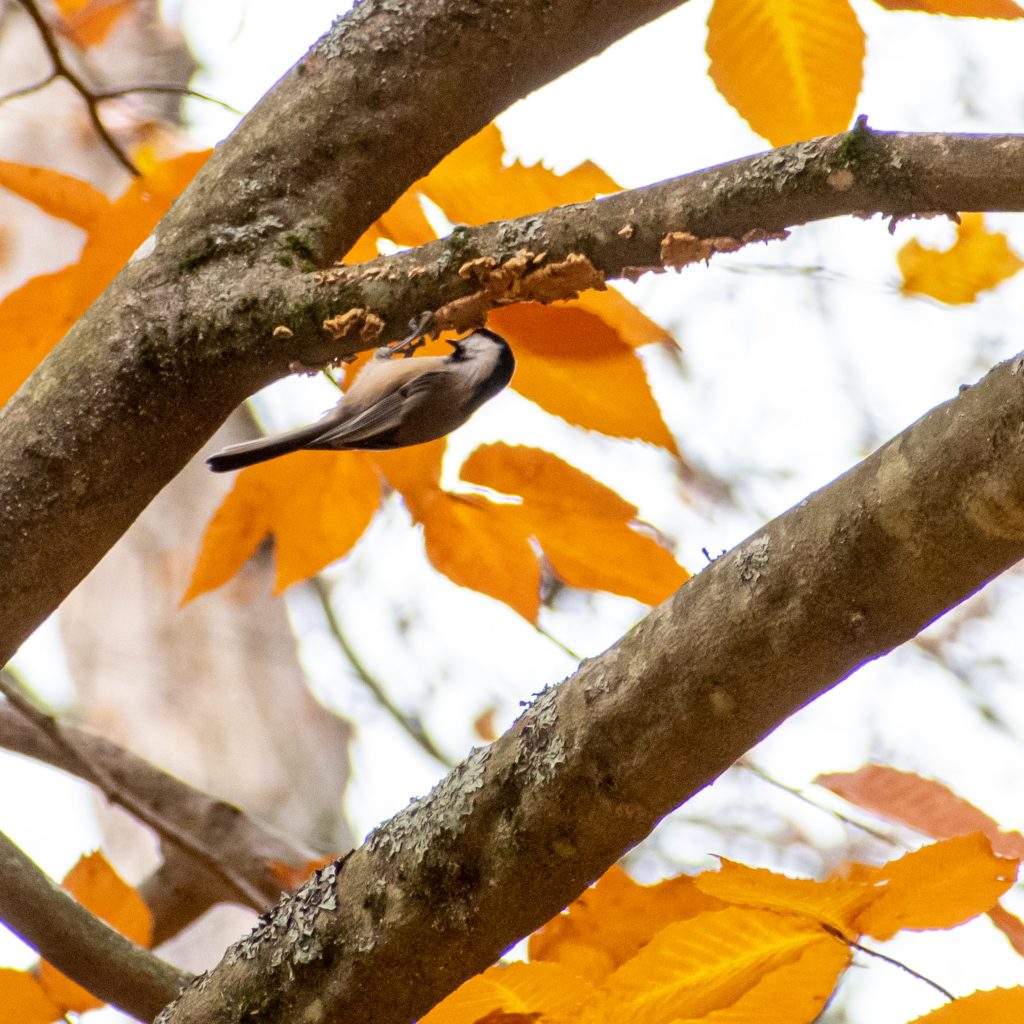 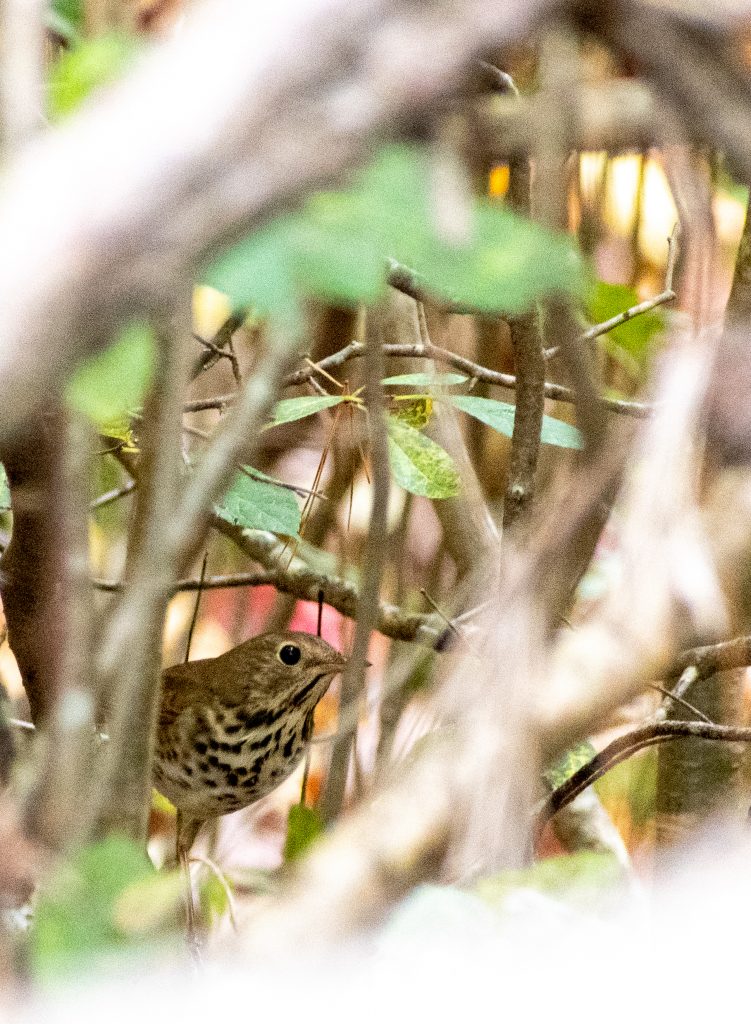 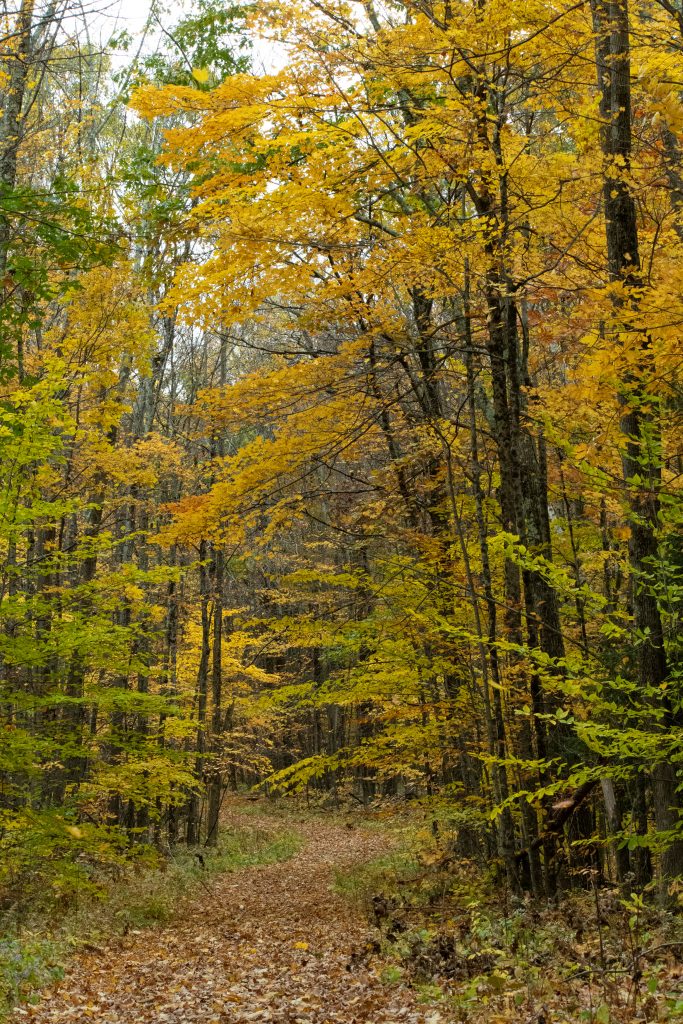 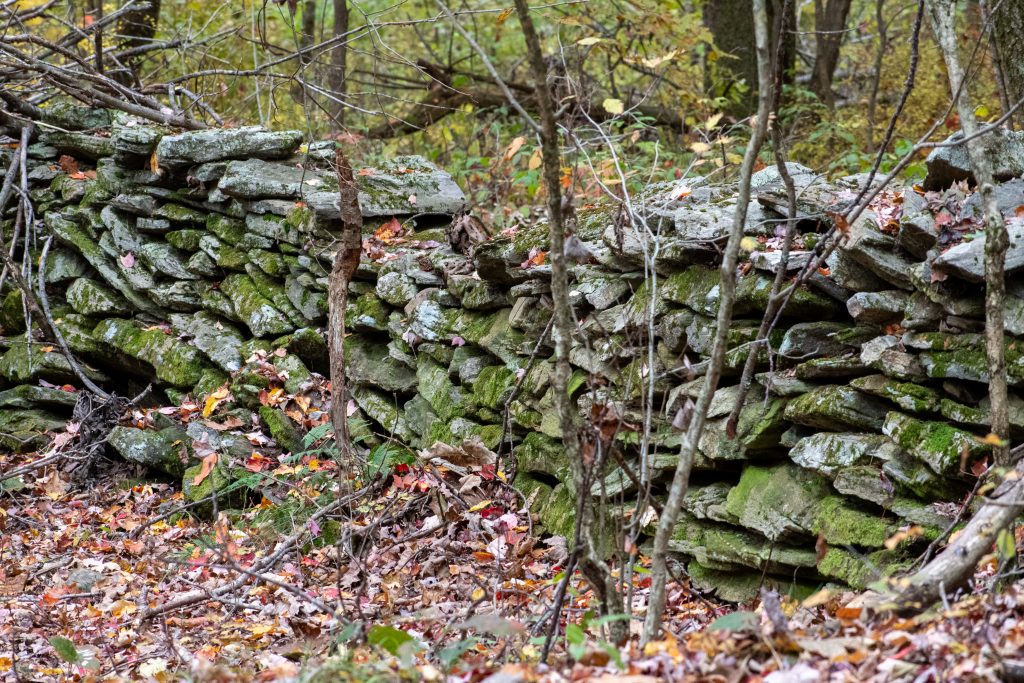 There’s a meadow full of wildflowers, said to attract butterflies and dragonflies, but this isn’t their season. In their place were waves and waves of dried goldenrod. 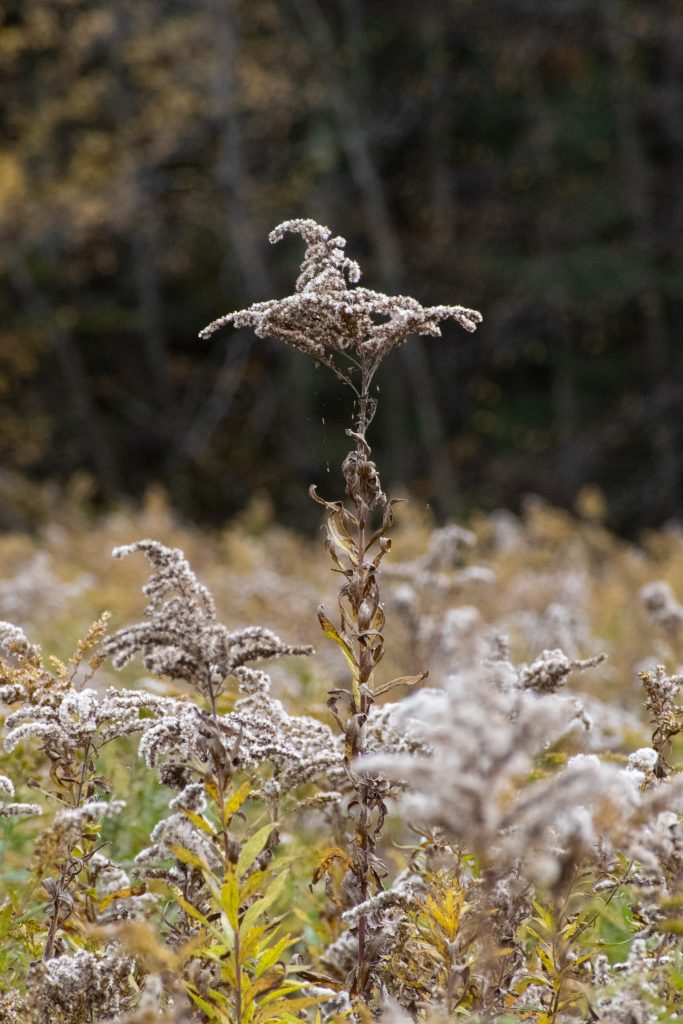 It seems that birds who aren’t in New York City parks don’t feel obliged to let me get as close to them as I’m used to. Nonetheless, I saw a golden-crowned kinglet, if from a distance. 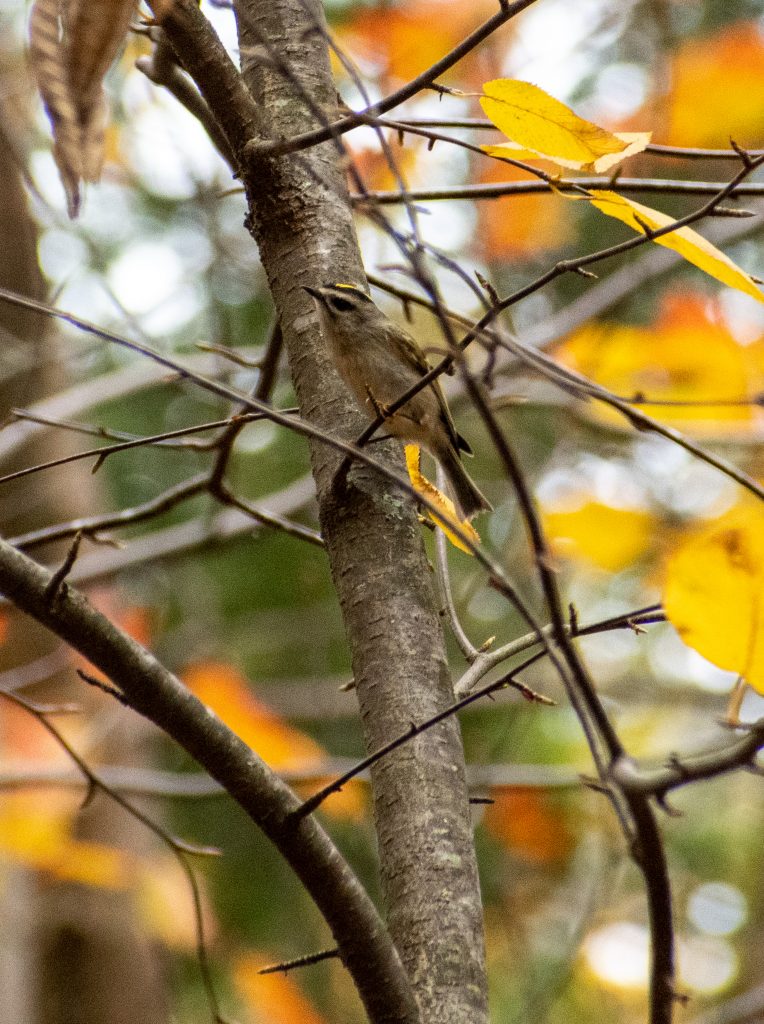 And a white-breasted nuthatch. 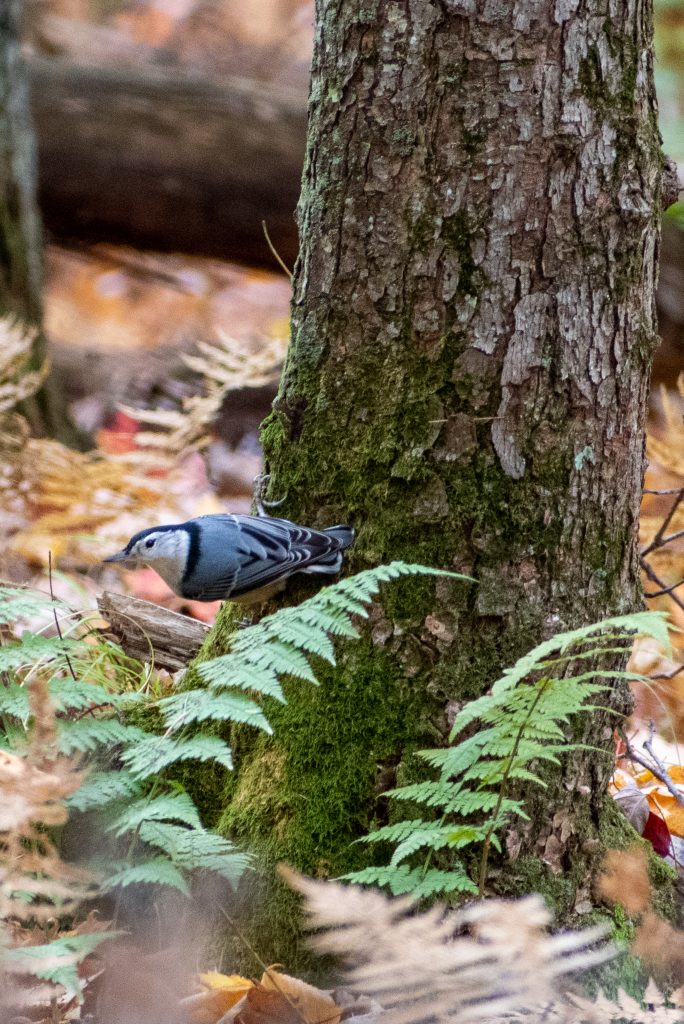 While photographing the kinglet, I noticed that the chipmunks around me vigilantly accelerated their alarm chirps the longer I stood in one place, and fell silent as soon as I took a step. Their theory seems to be that any forest creature worth its salt will be aware of me while I’m blundering forward in heavy boots, crinkling fall leaves, my binoculars clunking against my camera, and it’s when I’m standing still, holding my breath, and hoping a bird will fly my way that I’m dangerous and need to be encircled and screed at. 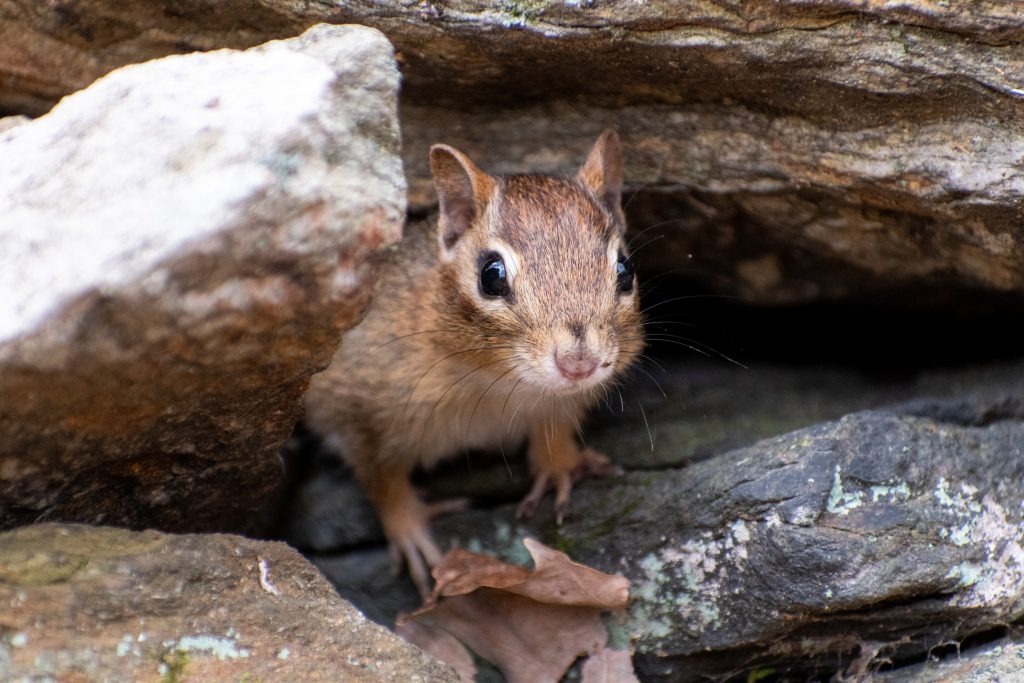 He poked out from between the stones of an old farmer’s wall as I walked past, and since he was just a few feet away when he froze, I took his picture. Which made his ears perk up. He emitted a little chonk, almost as if responding to the shutter release sound, so I took another picture, to make the sound again. He chonked again; I clicked again. He chonked twice, I clicked twice. He ran inside the wall and almost immediately returned to resume playing. By the end he was leaning out of the wall, toward me, as you see, and I had two dozen close-ups of a single chipmunk. 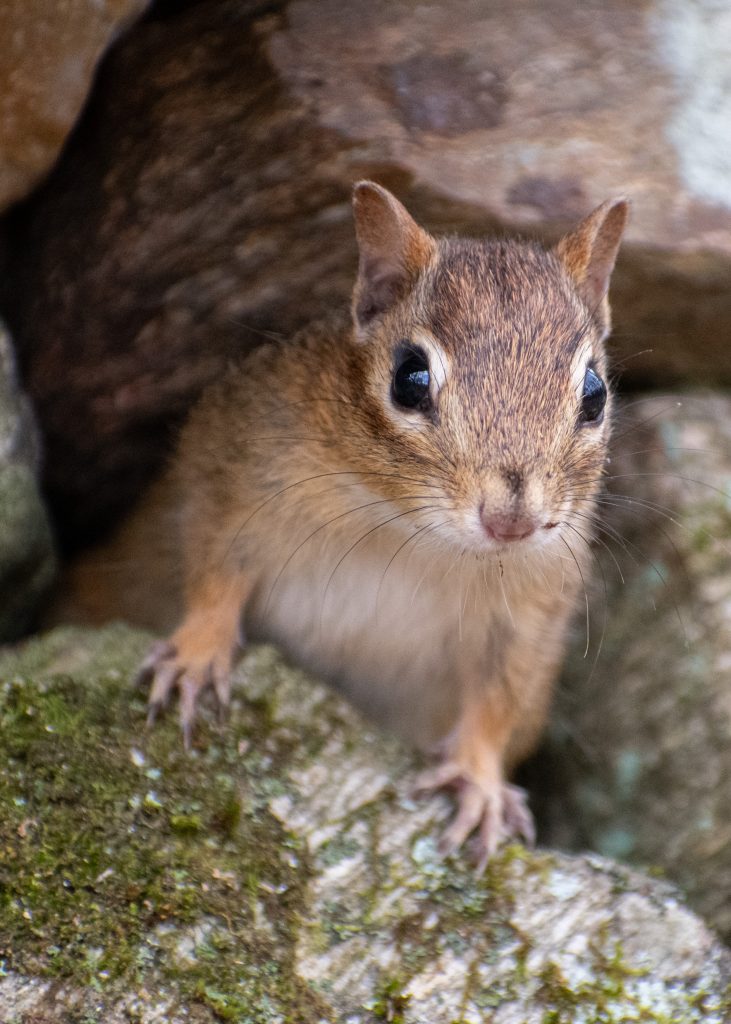 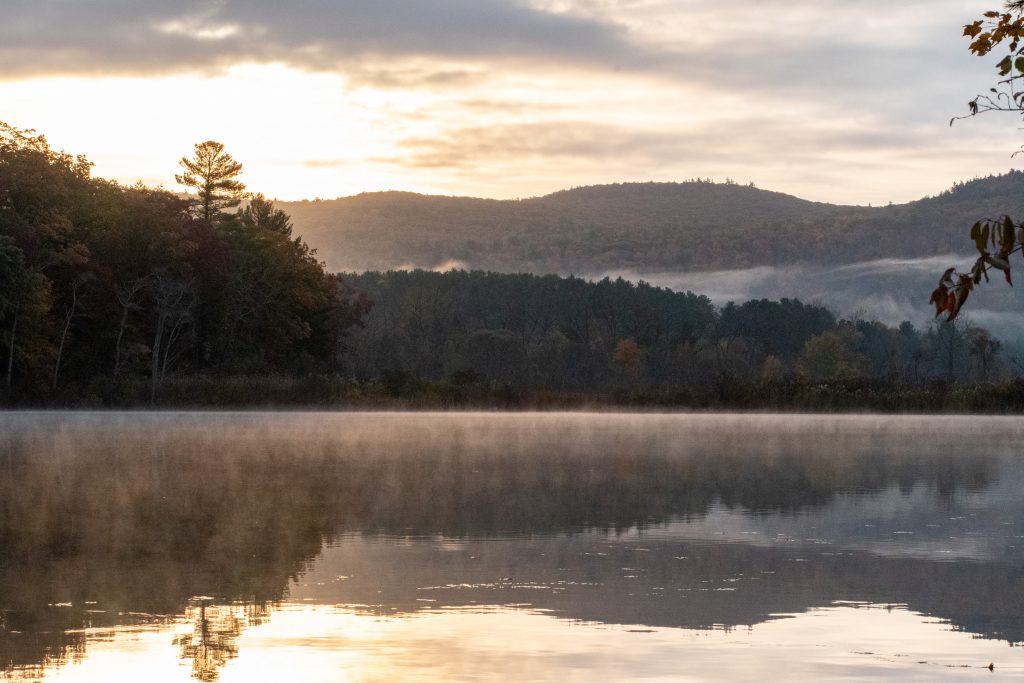 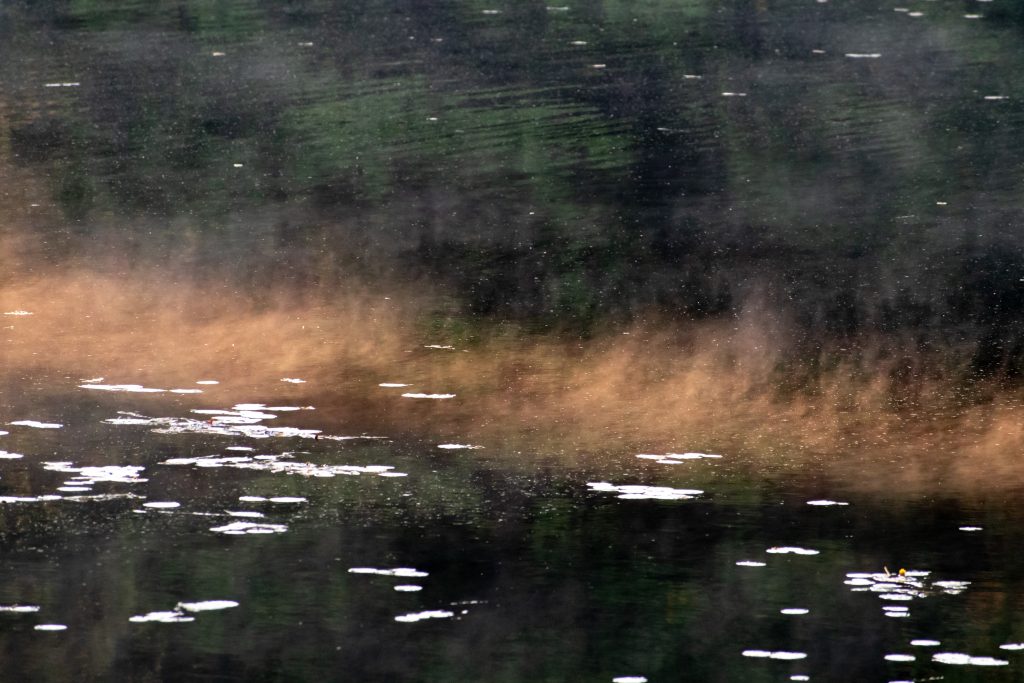 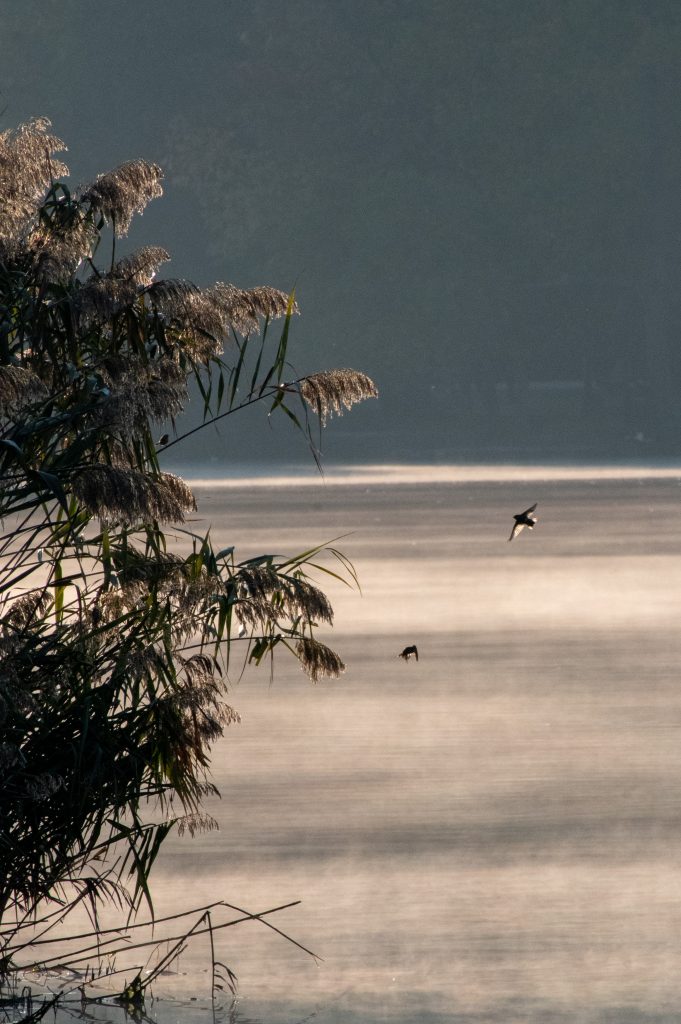 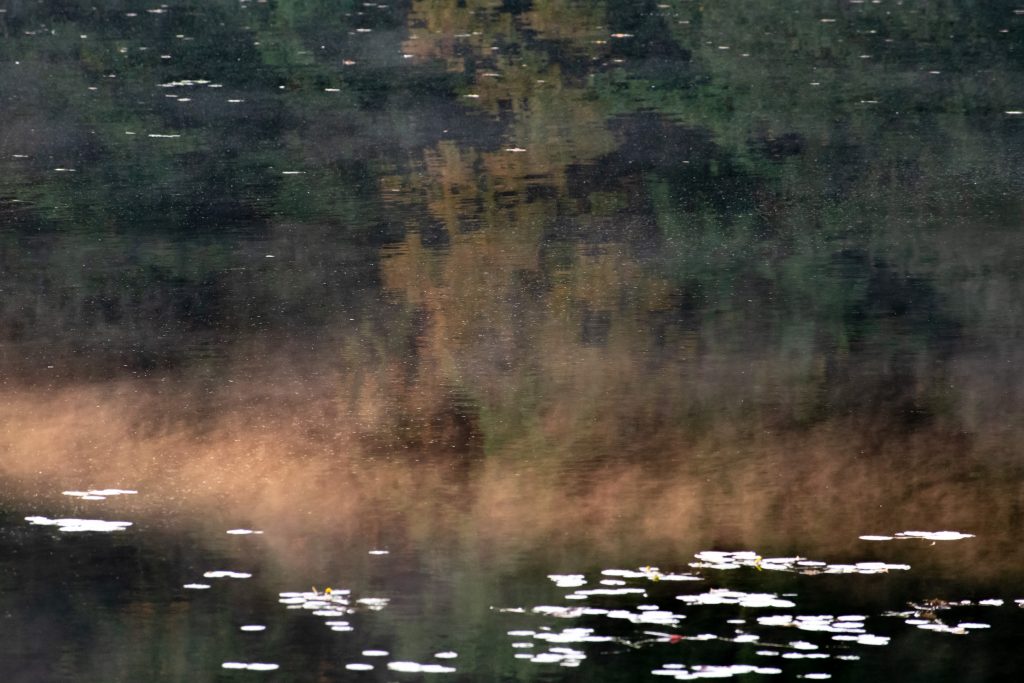