On June 4, with a Minolta X-700, on Kodak Portra 400 film. It turns out that on this film the red of blooming roses comes across as a little radiological. 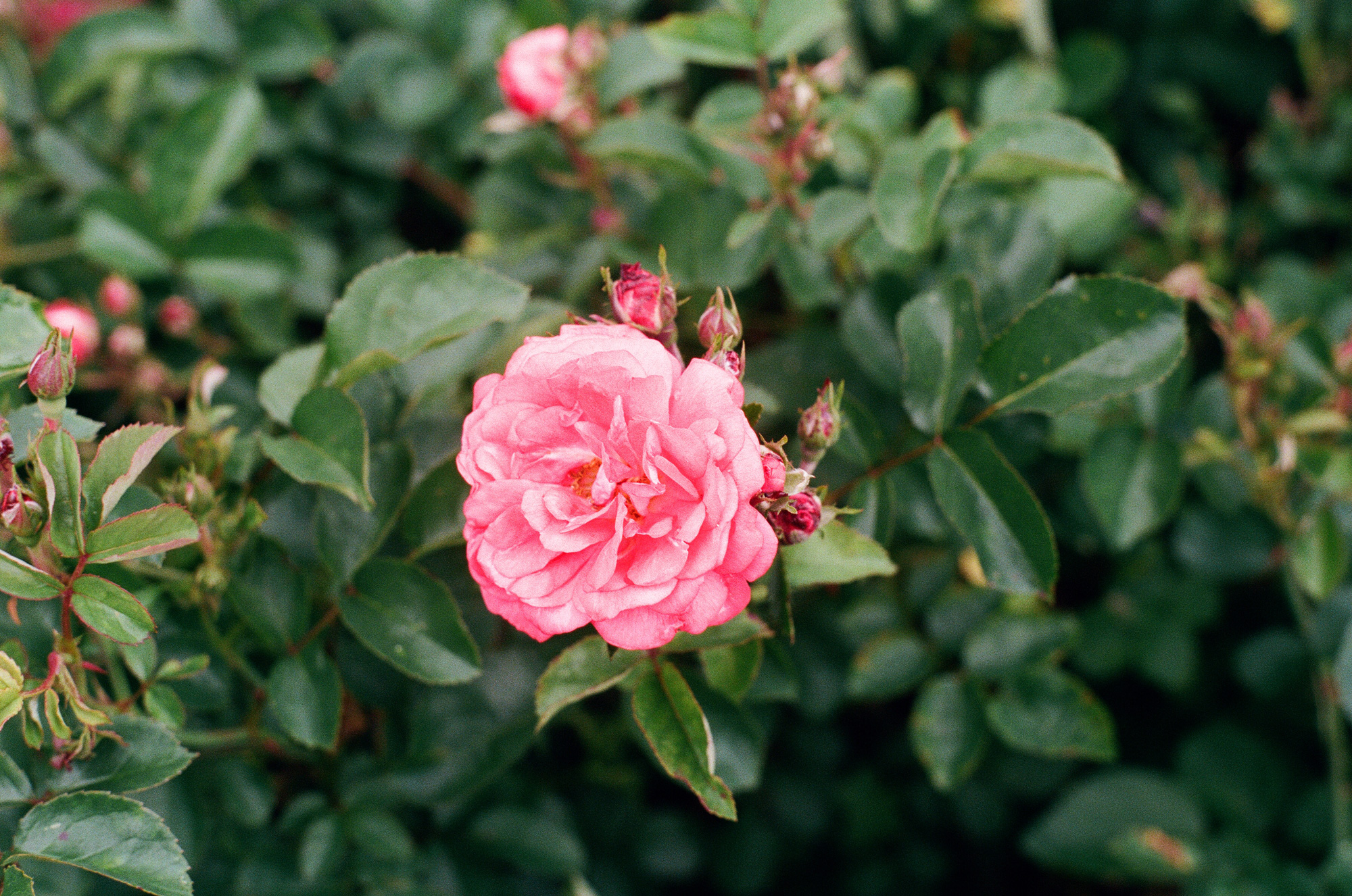 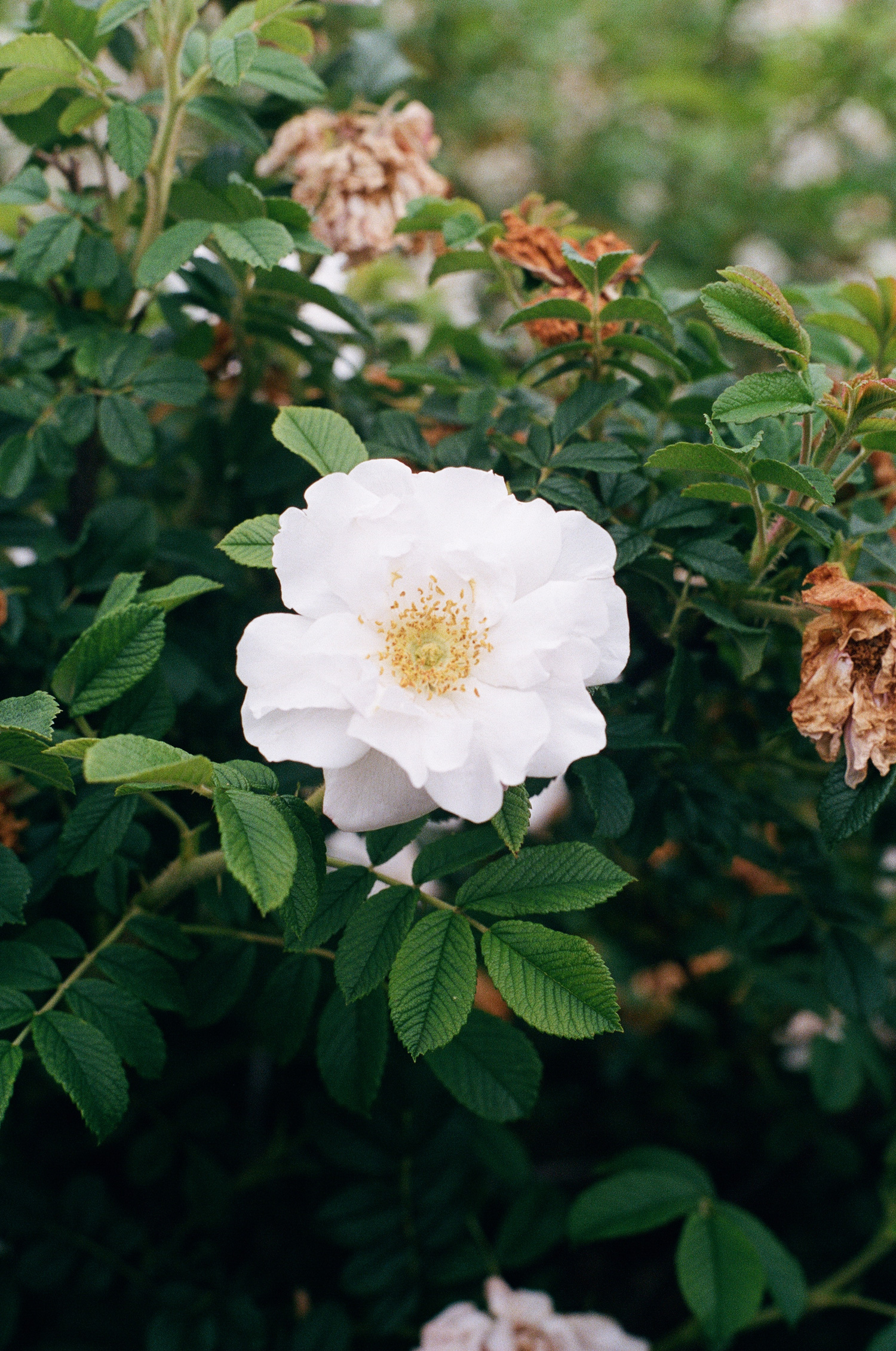 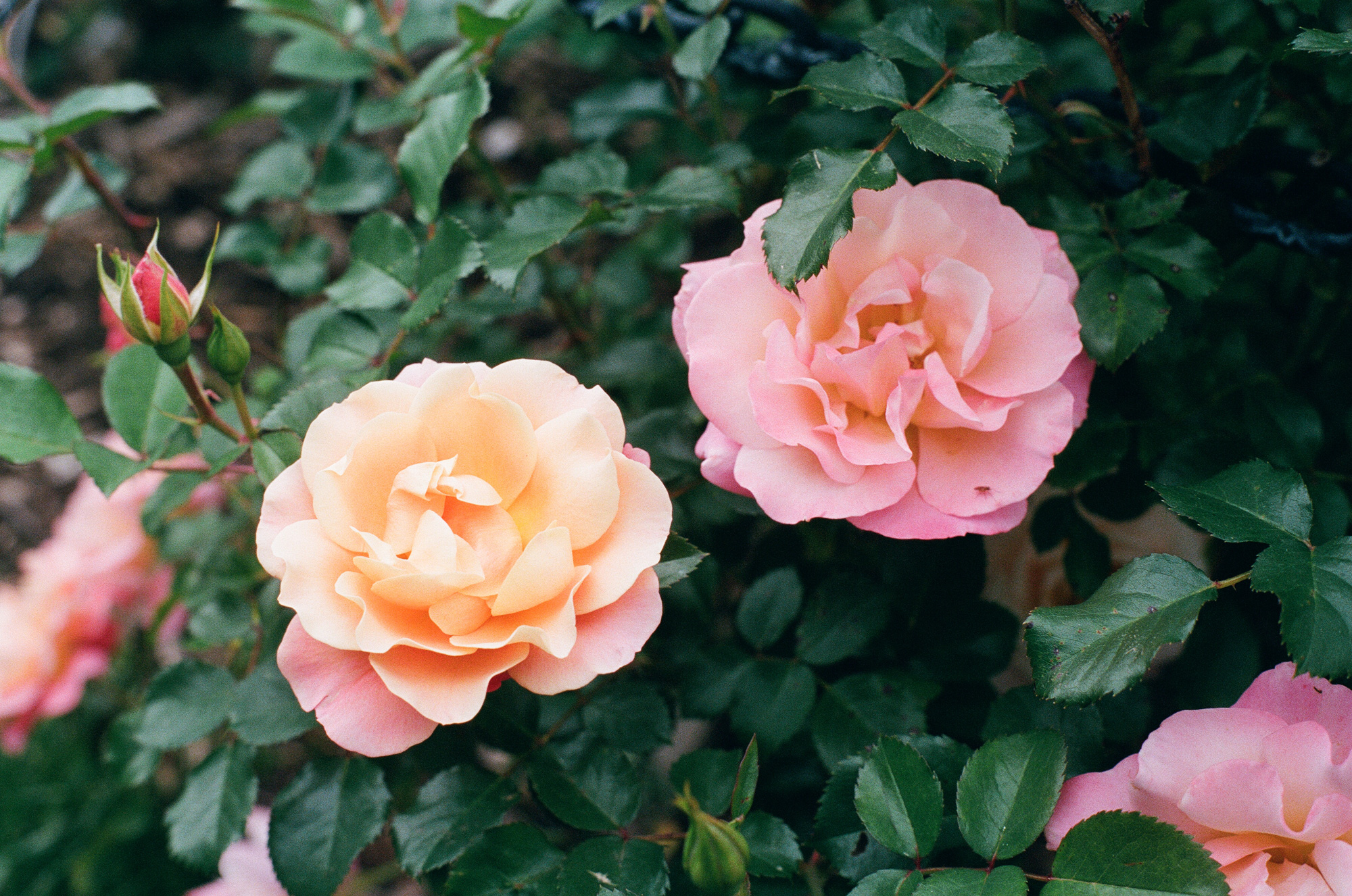 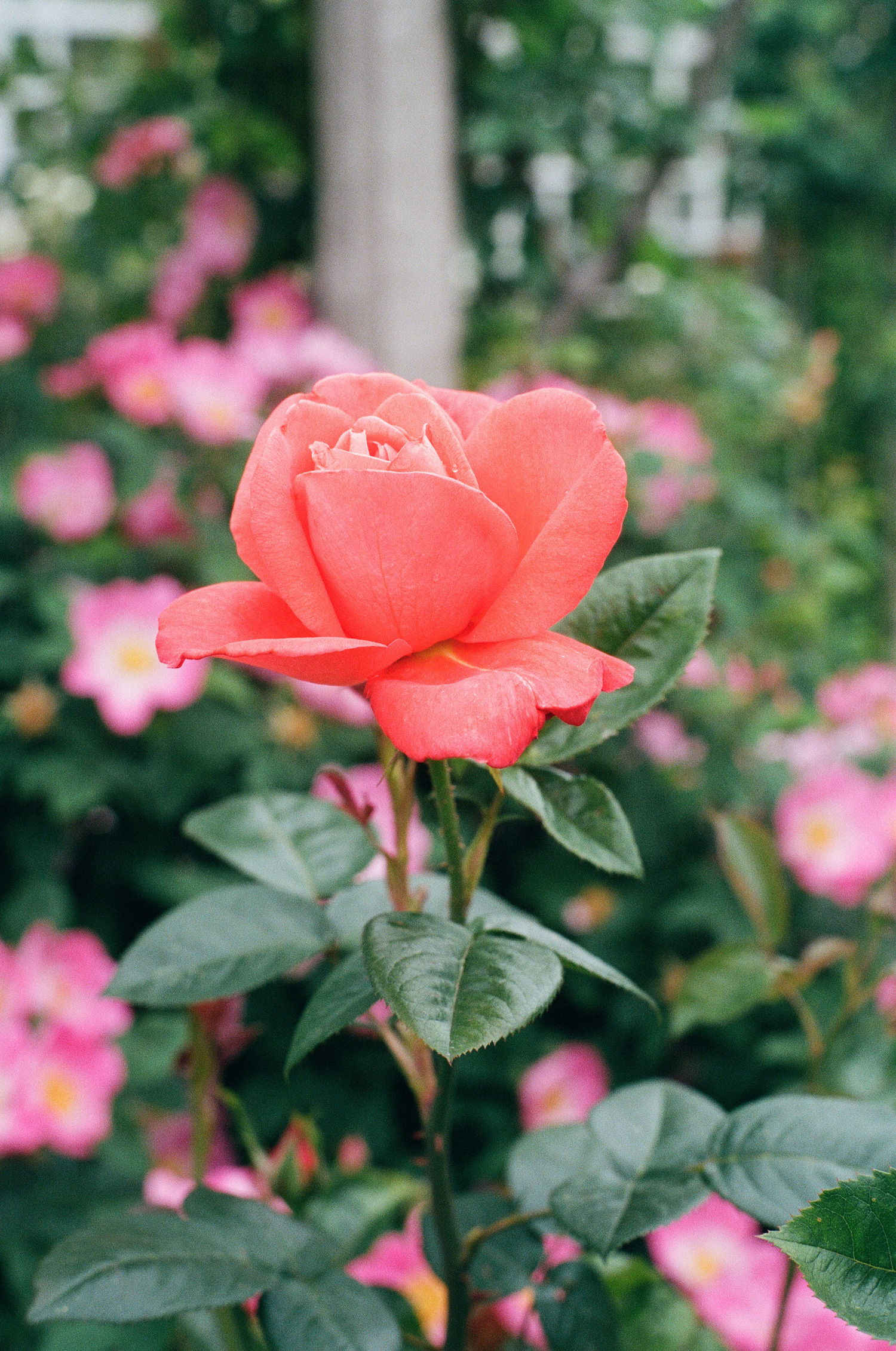 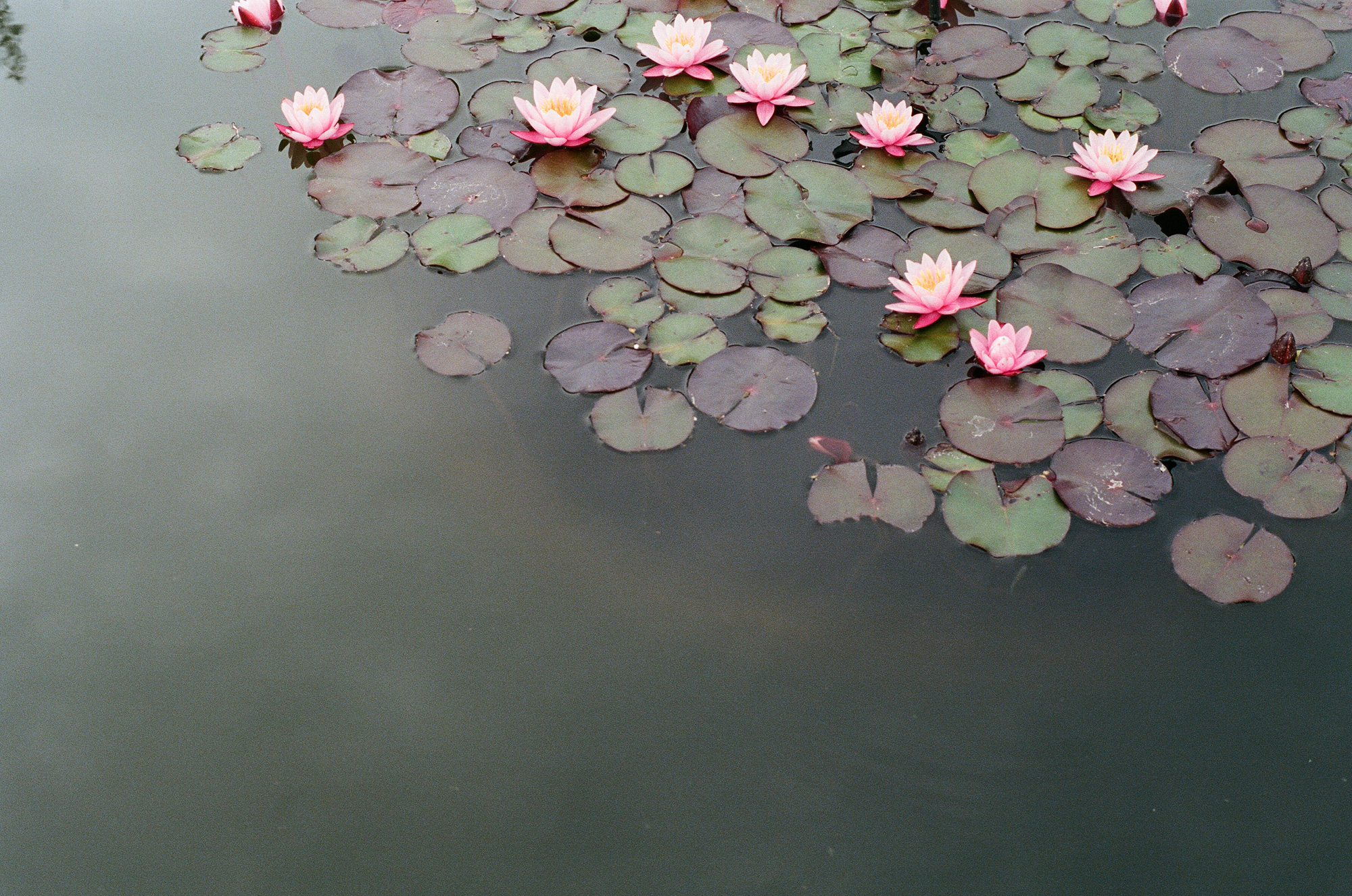 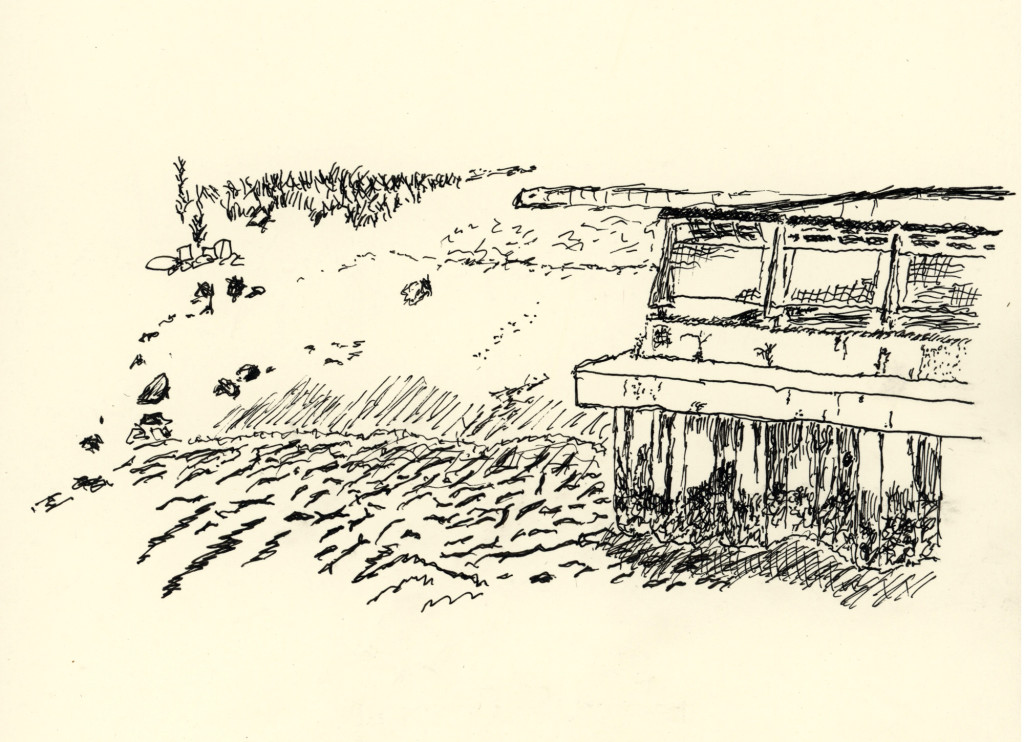 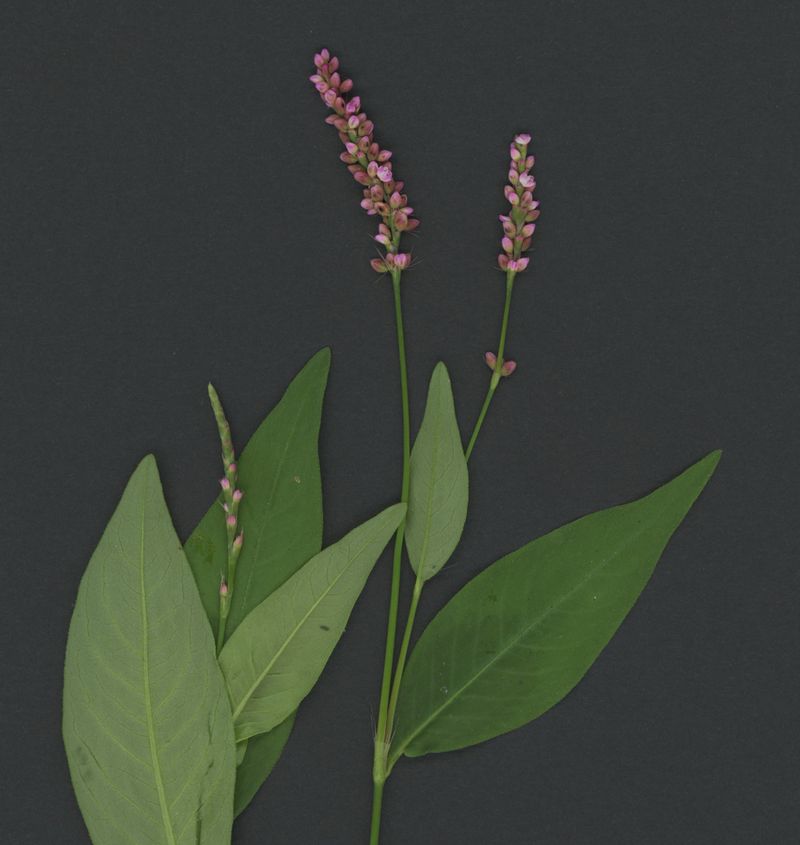 Does anyone recognize this? It seems to be very common.

Our car was totaled at 7:30 Sunday morning while parked on Prospect Park Southwest. It was hit so hard that it shoved the car parked in front of it into the car parked in front of it—a three-car pile-up!—and then bounced onto the sidewalk. The police tell us that witnesses saw two women get out of the vehicle that struck our car, switch seats, and drive away. One of the witnesses noted the license plate number, we do have insurance, and of course we were asleep in bed at the time, so we’re fine. I took these photos this afternoon in the parking lot of the auto body shop that it was towed to. 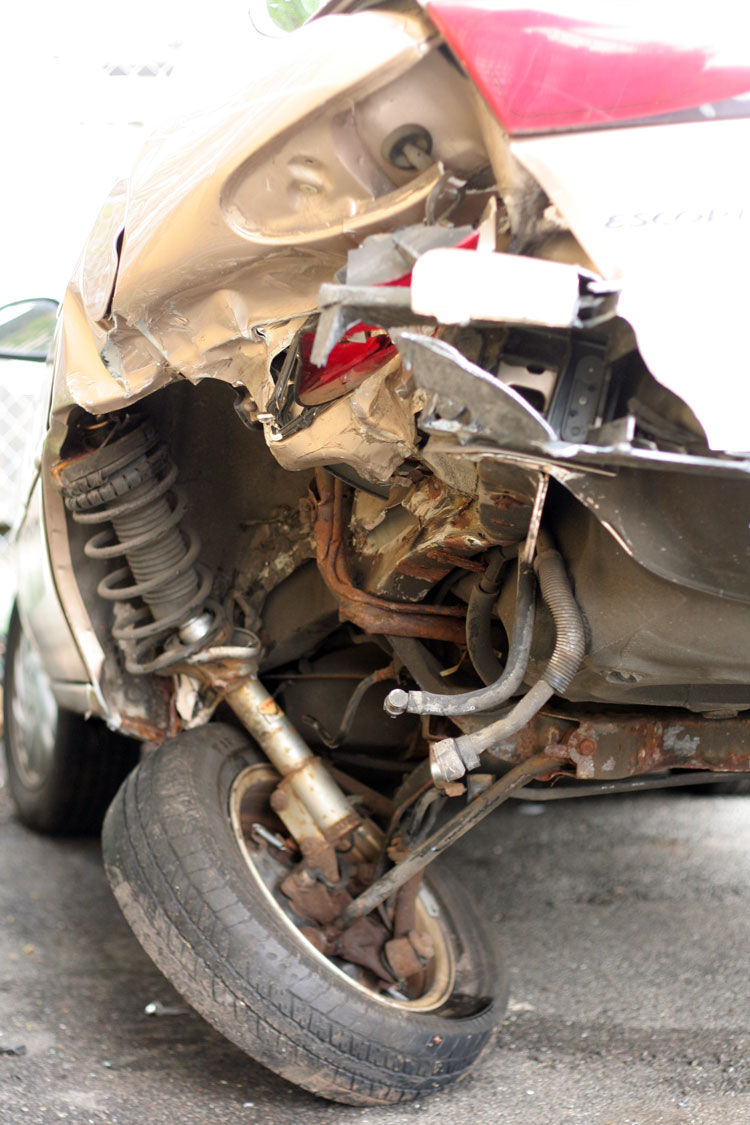 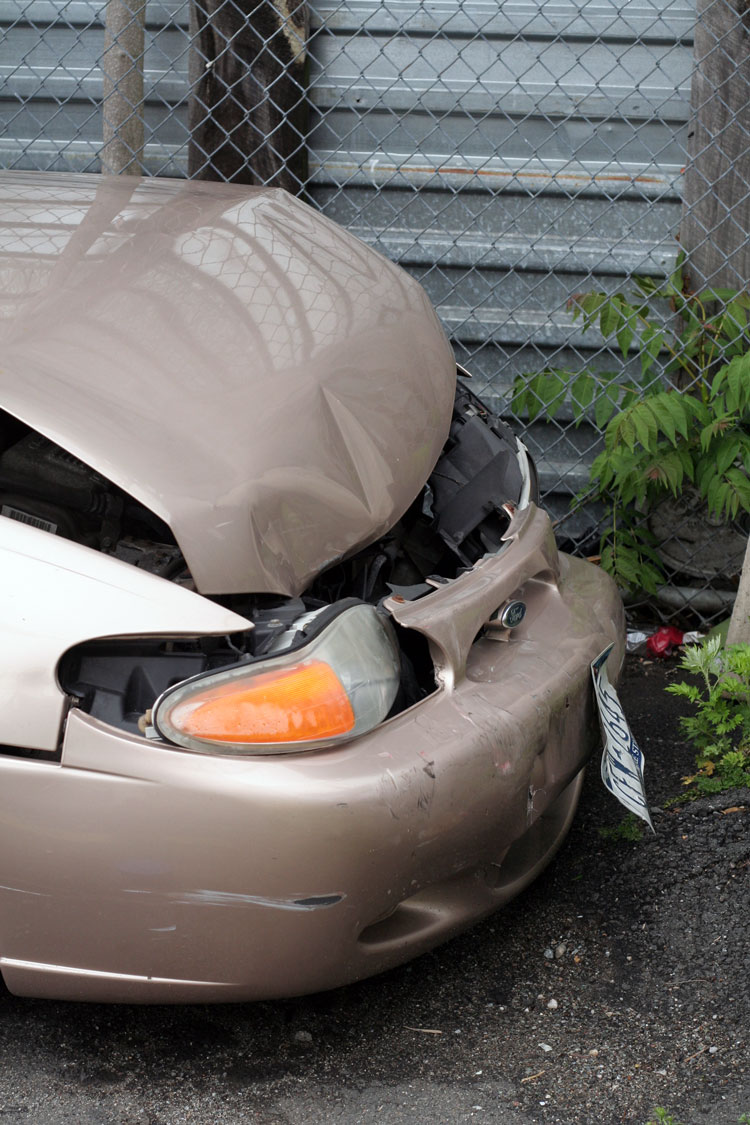 Dogs take a candid interest in the smells of other dogs’ pee, and one day a couple of years ago, when I was walking our late lab-shepherd mix, we met a hound who ignored us in order to focus on the scents left on a tree. The hound’s owner apologized by saying, “He’s checking his email.”

Yesterday I heard another such canine-internet metaphor. In anticipation of meeting an elderly dog on the corner, our puppy collapsed on the sidewalk, as if lying in wait in the tall grass. When the elderly dog reached us, Toby sprang up, but the traditional greeting ritual between dogs—butt sniffing—was one-sided, because the elderly dog, uncurious, just stood stolidly and patiently in place. “This is my indifferent lab,” the dog’s owner explained. “‘You do whatever you want,’ he’s saying. ‘You go ahead and Google me, but I’m just going to stand here.'”