The documentarians Corie Trancho and Alexis Robie have been photographing and writing about Officers’ Row, a group of condemned buildings at the Brooklyn Navy Yard, sometimes called Admirals’ Row. Their online archive is haunting, and I recommend a tour of it. There are movements afoot to try to save the houses, though the documentarians are staying neutral.

To the best of Trancho and Robie’s knowledge, the houses weren’t built until 1860 at the earliest. No doubt they’re right, but Henry James seems to have thought they were older. While re-reading Portrait of a Lady recently, two things jumped out at me. First, James introduces Madame Merle the same way Melville does Queequeg— by a sequence of misconceptions. Ishmael first thinks Queequeg is an injured white man, then a tattooed white man, then the devil, then a savage, then a cannibal, and finally a suitable bedmate. Isabel thinks Madame Merle is an artist, then a Frenchwoman, then an American, then a “very attractive person,” then “a person of tolerably distinct identity,” and finally a suitable confidante.

Second, and more relevantly, it leaped out at me that Madame Merle was born in Officers’ Row:

Madame Merle glanced at Isabel with a fine, frank smile.

“I was born under the shadow of the national banner.”

“She is too fond of mystery,” said Mrs. Touchett; “that is her great fault.”

“Ah,” exclaimed Madame Merle, “I have great faults, but I don’t think that is one of them; it certainly is not the greatest. I came into the world in the Brooklyn navy-yard. My father was a high officer in the United States navy, and had a post— a post of responsibility— in that establishment at the time. I suppose I ought to love the sea, but I hate it. That’s why I don’t return to America. I love the land; the great thing is to love something.” (chapter 18)

At least, that’s where Madame Merle says she was born. Whether you believe what she says is at your option. She’s about forty at the time of the novel, which seems set in a moment contemporary to its publication, in 1880-1881; in James’s imagination, then, the row, or a predecessor to it, was standing in the 1840s.

In its March issue, Blender magazine names Stephen Foster, 1826-1864, number 49 on its list of “The 50 Most Awesomely Dead Rock Stars.” Of the white composer of blackface minstrel tunes, Blender declares that he’s “still not quite the bomb, but his phantom’s on the mend,” after rehabilitation by Ken Burns.

In 1980, the doomsayer biologist Paul Ehrlich and the gadfly B-school professor Julian Simon made a bet. Ehrlich bet that the world’s supplies of five metals would dwindle in the next decade, and Simon bet they wouldn’t. More precisely, Ehrlich bet that if he bought $200 each of copper, chrome, nickel, tin, and tungsten, he would be able to sell the metals in 1990 for more than he’d paid, calculated in 1980 dollars.

Ehrlich lost. He had to mail Simon a check for $576.07. The bet and its outcome are often cited in disputes between Malthusian pessimists and market-based optimists, to prove the superiority of the latter. Ehrlich had argued that since there is only so much, say, copper in the ground, and humans use more of it every year, the supply of it will eventually run out and, as time passes, the scarcity will be reflected in price. Simon had argued that Ehrlich’s view was simple-minded, in economic terms, because it failed to take into account the feedback that markets provide. As copper prices rise, the incentive to find more and mine it more efficiently increases—causing the price to fall again. Human ingenuity and responsiveness prevail over the rigors of mere subtraction.

The price of copper has been skyrocketing lately, and a recent study suggests that humans have already mined 26% of the world’s copper and 19% of its zinc. According to Yale researcher Robert Gordon, if you make an inventory of all the copper in the United States today, you find “roughly a third in the ground, a third in use, and a third in the trash.” I wondered, therefore, whether the Ehrlich-Simon bet would come out the same way if they had cashed out today instead of in 1990.

I used historical price information and the latest mineral commodity summaries from the U.S. Geological Survey’s website. The first thing I discovered is that the supposed quantities, in pounds, that Ehrlich and Simon bet with can’t possibly be correct, as they’re reported on this Internet site. Tin cost $8.46/pound in 1980, so if Ehrlich was able to buy 229.1 pounds of it for only $200, he should have dropped out of academia altogether and gone into commodity arbitrage. As a unit of measure, “pounds” seems to be an unusual way to keep track of chrome and tungsten, which are more often tracked in metric tons (mt) and metric ton units (mtu), respectively. My first step, therefore, was to ditch the poundage reported online and re-imagine the bet using the USGS’s figures for 1980. I imagined, then, that Ehrlich had purchased 198.01 lbs. of copper at $1.01/lb., 0.02603 mt of chromium metal at $7,682/mt, 67.56 lbs. of nickel at $2.96/lb., 23.04 lbs. of tin at $8.46/lb., and 1.396 mtu of tungsten at $143.3/mtu.

In 2005, the latest that prices have been reported by the USGS, this bundle would have been worth:

That would seem to put paid to the Malthusian concern about metals. In doing the math, I did notice a few complicating factors, though. First, I couldn’t help but see how god-awful Ehrlich’s timing was. The price of tin was at a historic high in 1980, and chrome was at a historic high in the late 1970s. Nickel was at a local maximum in the late 1970s, too, though it happens to have peaked in the early 1990s. In general, if you page through the data at the USGS, it looks like many metals were at their most expensive in the late 1970s and fell into historic lows in the course of the 1980s. In other words, buying a bunch of metal for investment purposes in 1980 was like buying a bunch of stock in September 1929.

With almost any set of fluctuating data, it’s possible to cherry-pick a start and end point so as to prove the trend you’re looking for. With that caveat in mind, however, I wondered what the bet would look like if it were extended twenty-five years before 1980, as well as twenty-five years after. The USGS prices for chromium metal only go back to 1956, and those for tungsten to 1959, but with those exceptions, here’s what the bundle would have been worth in 1955:

Why were metal prices so high in the late 1970s and so low in the 1980s? That’s a little beyond the purview of a literary critic, but if I had to guess, I’d wonder if it had to do with high oil prices in the 1970s, followed by the oil glut of the 1980s. In other words, I suspect that when oil prices are steady or falling, I’d bet with Simon, and when oil prices are rising, I’d bet with Ehrlich. Lately the price of crude oil has been rising, and as it happens, the latest prices for copper and nickel are now both higher than the 2005 numbers I used above ($2.24/lb. and $6.76/lb., respectively, but tin has dropped to $3.50/lb.).

I do not know what effect a man’s jealousy has on the heart of the woman he loves. Jealousy on the part of a lover who bores her must inspire extreme irritation almost to the point of hatred, if the object of this jealousy is more attractive than the jealous man, for, as Madame de Coulanges used to say, one only likes jealousy in those of whom one might be jealous one’s self.

The insight is reprised, I find, in a track by Destiny’s Child, “Bug A Boo”: 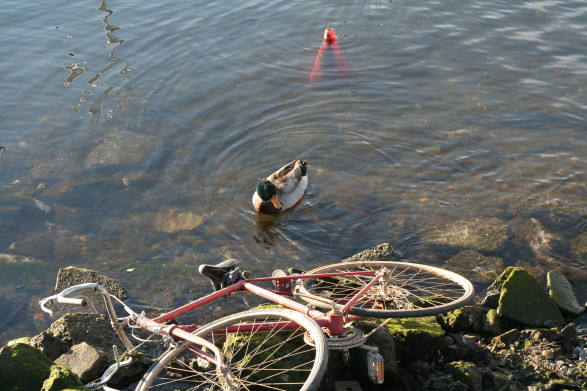 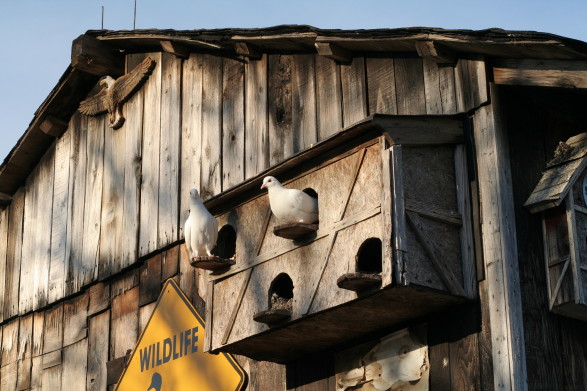 A dovecote (pigeon coop?) with snow-white pigeons. They kept company with two ponies, and nearby were two black swans and several more ducks. 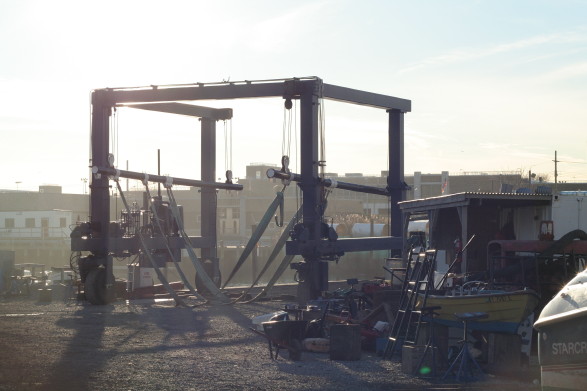 A winch for hauling boats into dry dock. 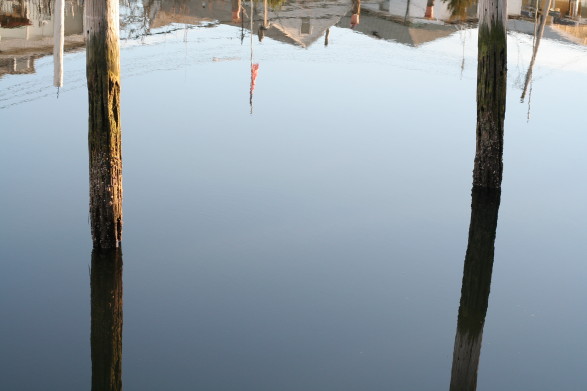 Two stiles and reflections of houses in the Gotham Avenue Canal.